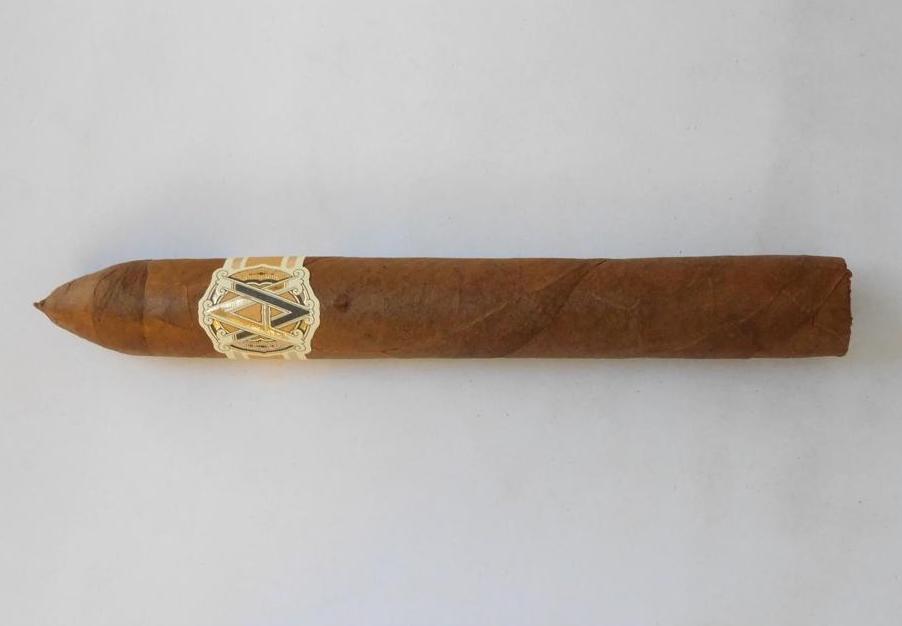 Over the past three years, Davidoff has focused a considerable amount of attention of bringing many of its iconic releases that were either limited production or discontinued back to the forefront. Earlier this year, Davidoff announced that the AVO Classic Belicoso was returning for a limited production run. The AVO Classic line is one of the oldest lines under the AVO brand. The Belicoso size is one that had not been seen since 2005. Today we take a closer look at the 2021 re-release of the  AVO Classic Belicoso.

Without further ado, let’s break down the AVO Classic Belicoso and see what this cigar brings to the table.

The AVO Classic Blend consists of a dark Ecuadorian-grown Connecticut Seed wrapper over a blend of Dominican binder and filler. The specifics of the binder and filler are not disclosed – other than the fact that one component of the filler uses 25-year-old tobacco. Production is handled at Davidoff’s O.K. Cigars factory in the Dominican Republic.

The AVO Classic Belicoso returns in the same 6 x 48 size as before. A total of 2,000 25-count boxes were released into the U.S. For completeness, we also list the other sizes offered in the AVO Classic line. 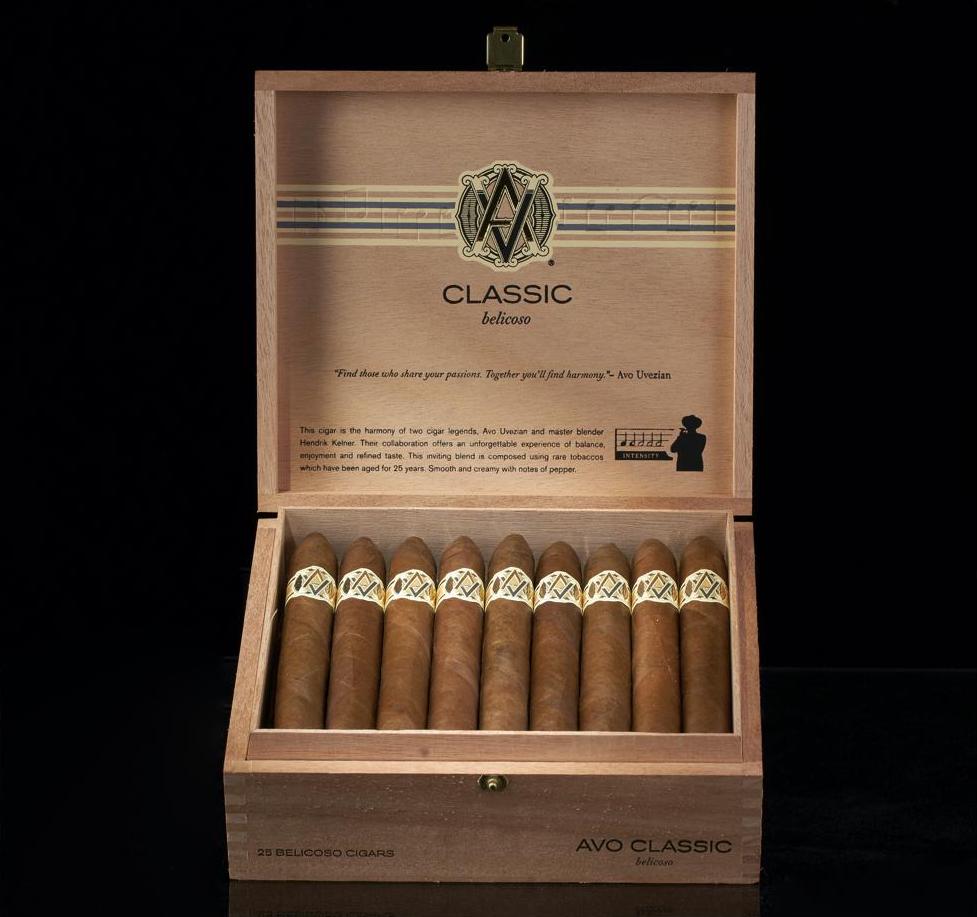 The Ecuadorian Connecticut wrapper on the AVO Classic Belicoso is definitely on the darker side. This had a medium to dark brown color with a slight Colorado tint to it. There was a slight amount of oil on the wrapper along with a slight amount of mottling. While there were some visible veins and visible wrapper seams, this was a cigar that was definitely on the smoother side. There is a moderate taper at the head of the cigar converging on the belicoso tip.

A straight cut was placed about halfway down from the tip on the tapered portion of the AVO Classic Belicoso. Once the tip was removed it was on to the pre-light draw experience. The cold draw delivered a mix of chocolate, wood, and a slight cedar note. To me, this was a very good pre-light draw. At this point, it was time to light up the AVO Classic Belicoso and see what the smoking phase would have in store.

By the final third, the earth notes remained primary. The pepper notes and citrus notes were more prominent. There still were some hay notes and traces of the chocolate notes. As for the nut flavors, they had dissipated. This is the way the AVO Classic Belicoso came to a close. The resulting nub was soft to the touch and cool in temperature.

The AVO Classic Belicoso maintained a straight burn path and a relatively straight burn line. This was not a cigar that was in need of frequent touch-ups. The resulting ash was on the firm side. The ash itself was silver-gray with some darker streaka in it. As for the burn rate and burn temperature, both maintained ideal levels thought the smoking experience. 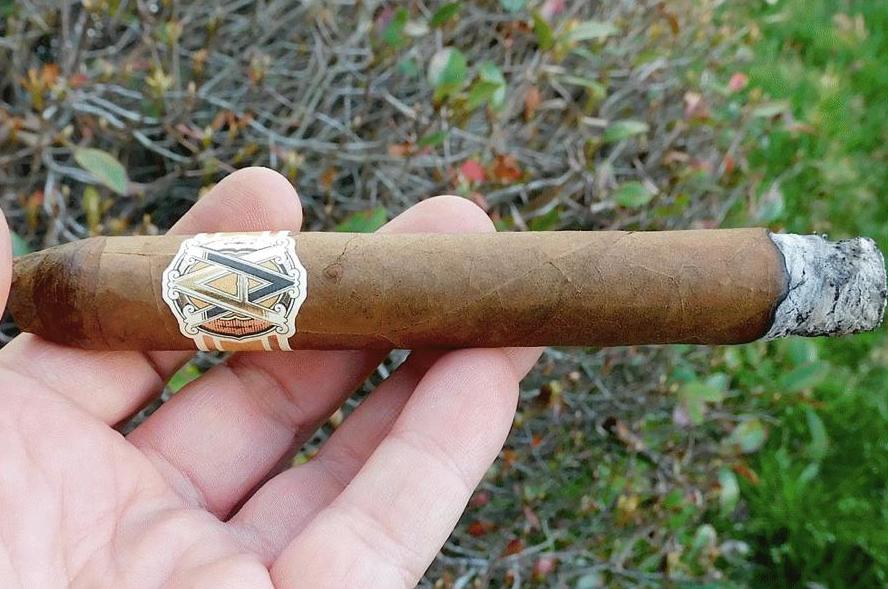 Burn of the AVO Classic Belicoso

The draw to the AVO Classic Belicoso performed well. The one negative is on each sample, I found the area where the tip was cut to have a slight amount of loose tobacco despite being able to place a clean cut. In the end, this was a minor inconvenience on the draw and didn’t result in any other adverse effects. In fact, while there was a slight amount of loose tobacco on the tongue, there still was a slight resistance when deriving the flavor – and that was a good thing.

As for strength versus body in the AVO Classic Belicoso, the body maintained an edge throughout the smoking experience – but the edge narrowed in the second half as the strength slightly increased.

The date this assessment is being published would have been the 95th birthday of the late Avo Uvezian. As we have done every year since 2013, we have published an AVO cigar review to recognize the brand. In the case of this year’s assessment, this gets a quite a favorable one.

While I have enjoyed the AVO Classic line, I can’t say it’s been my favorite line. In fact, I was a little perplexed why Davidoff was bringing back the Belicoso size. A belicoso size simply doesn’t light the world on fire. However, I had never smoked the original AVO Classic Belicoso – and if it was anything like 2021 one, I can see why they brought this one back. The Belicoso simply is “the belle of the ball” in terms of this blend. It’s a blend that has excellent flavor and plenty of complexity to keep one interested. In the end, this is a cigar I would recommend to any cigar enthusiast. As for myself, it’s not only a cigar I would smoke again, but it’s one worthy of buying multiples to keep in the humidor. Scoring at 90 points, it reaches the threshold of the Cigar Coop Standard of Excellence.