What happens when you load a car up, pack up some smokes and head to parts unknown? Welcome to the Pink Cadillac Tour 2021 – the Social Distanced Edition. This is a trip I ended up taking from just outside Charlotte, North Carolina to Flagstaff, Arizona and then back – primarily taking Interstate 40. This trip was a total of 4,000 miles. There were no stops to visit cigar bars, dine-in restaurants, cigar lounges, bars, or friends as I was practicing as much social distancing as possible. There also wasn’t actually a Pink Cadillac used for the trip. In this installment, I drive from Middle Tennessee just west of Nashville to Central Arkansas in the North Little Rock area.

This leg of the journey started where I spent the night – just west of Nashville. The drive was approximately a 345 mile drive entirely on Interstate 40 westward. I did not spend the night in Arkansas as I opted to press to Oklahoma in the early evening. 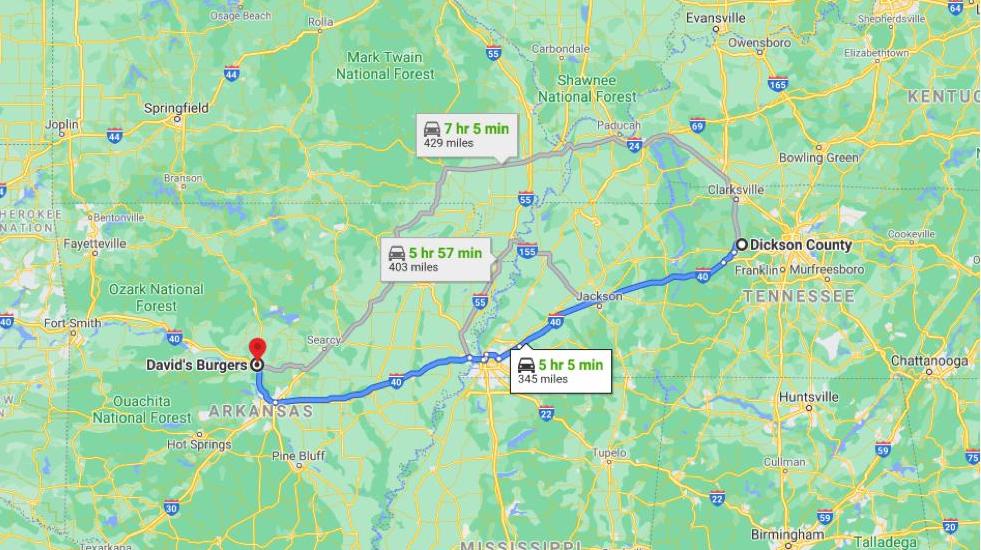 This leg took me into West Tennessee. This is more sparsely populated than Middle Tennessee or East Tennessee. The drive on I-40 took me right through the city of Memphis. There was no stopping in Memphis today, but Memphis would be covered on the drive back east. Memphis is mile marker 1 of I-40. Following that point you go over the Hernando de Soto Bridge over the Mississippi River into West Memphis which is in the State of Arkansas.

Once in West Memphis, it’s on to another rest stop just off of I-40. Two more smokes followed – a Recluse Amadeus Los Cabos Robusto and another HVC Hot Cake Laguito No. 4.

The journey on I-40 through Arkansas goes through the Northeast and Northwest regions of Arkansas. Much of Northeast Arkansas is through the delta low-lands and is quite flat. As you approach Northwest Arkansas in the central part of the state, you reach the Ozark Mountains. North Little Rock is pretty much the gateway into the Ozarks.

A cross-country trip is a time to reflect on things, and the happenings on the brands of Cigar Coop naturally came to mind. I thought a lot about how many people want to change what we do at Cigar Coop. We get questions on “why don’t you follow up on Bob’s shop exclusive cigar like Halfwheel did?” or “why don’t you take more audience questions like Cigar Dojo?”  The answer is, we aren’t Halfwheel or Cigar Dojo. We always strive to be authentic and to Be the Lime!

The I-40 route is something that I had done before, but there was an eatery in the North Little Rock area called David’s Burgers that I had never tried before.  While people know I detest “blog” posts in which they talk about a hearty breakfast, when it comes to burgers it is a different story. Burgers have taken a life of their own on various Prime Time Shows, and I think it applies here.

David’s Burgers is a small chain of restaurants in the Central Arkansas area. I opted for the drive-in keeping to the social distancing/mask-wearing standard of this trip. I did get out of the car and snap some photos. There was still plenty of snow on the ground from the February 2021 Winter Storm that hit the Central U.S. 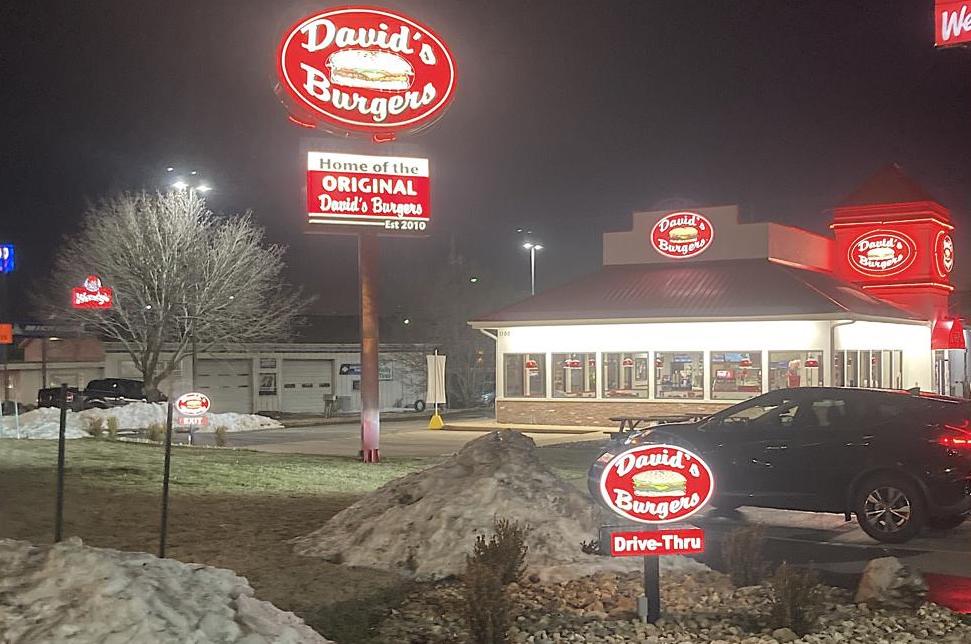 Jeff Borysiewicz and Bryan Mussard, two of the great men of beef in the cigar industry, would enjoy this place. It serves great burgers. 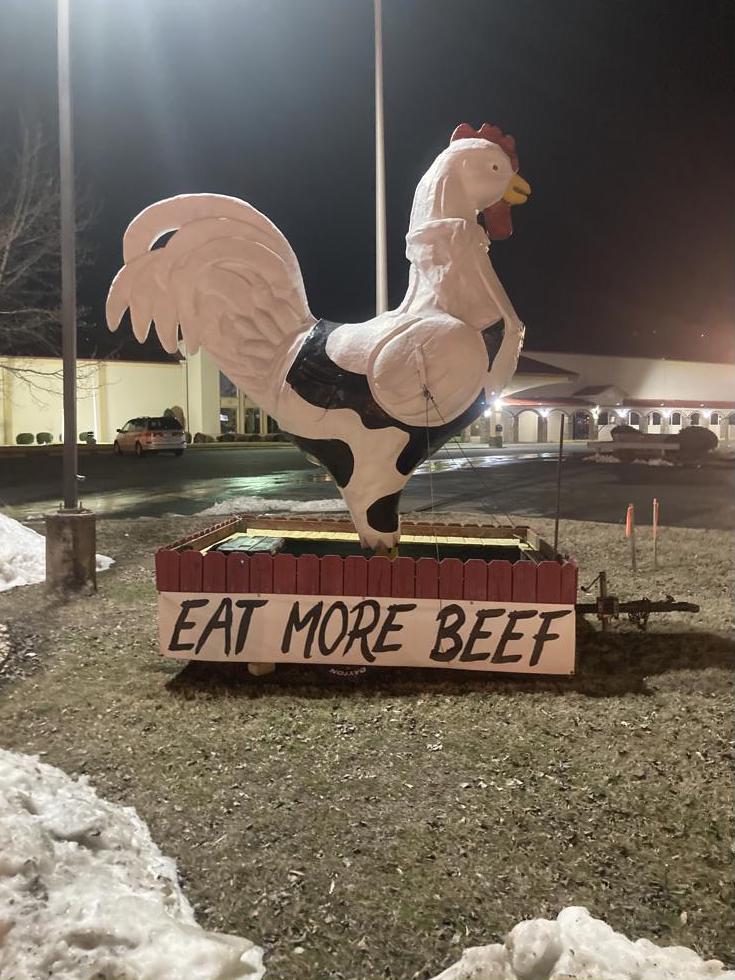 I was eating in the car, so this photo of David’s Burger does not do it justice. This is a David’s burger with lettuce, tomato, onion, pickle, and mustard. This was one heck of a burger. They pride themselves on using Grade A chuck. The burgers are cooked to order, and they have a technique for getting the perfect crust on the burger. This is a hidden gem in the U.S. and a must-eat. 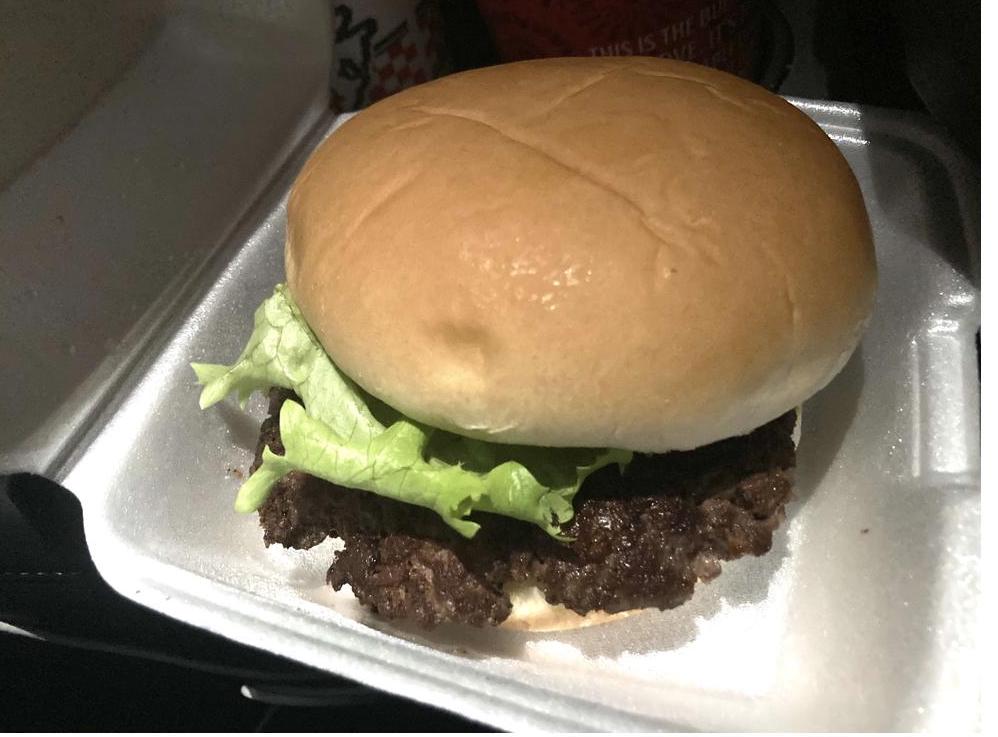 Below is some video that was recorded in Middle Tennessee just outside Nashville the next morning. (Note: Due to age restrictions, you may have to click on WATCH ON YOUTUBE below)