The Blog: Our 10,000th Published Article 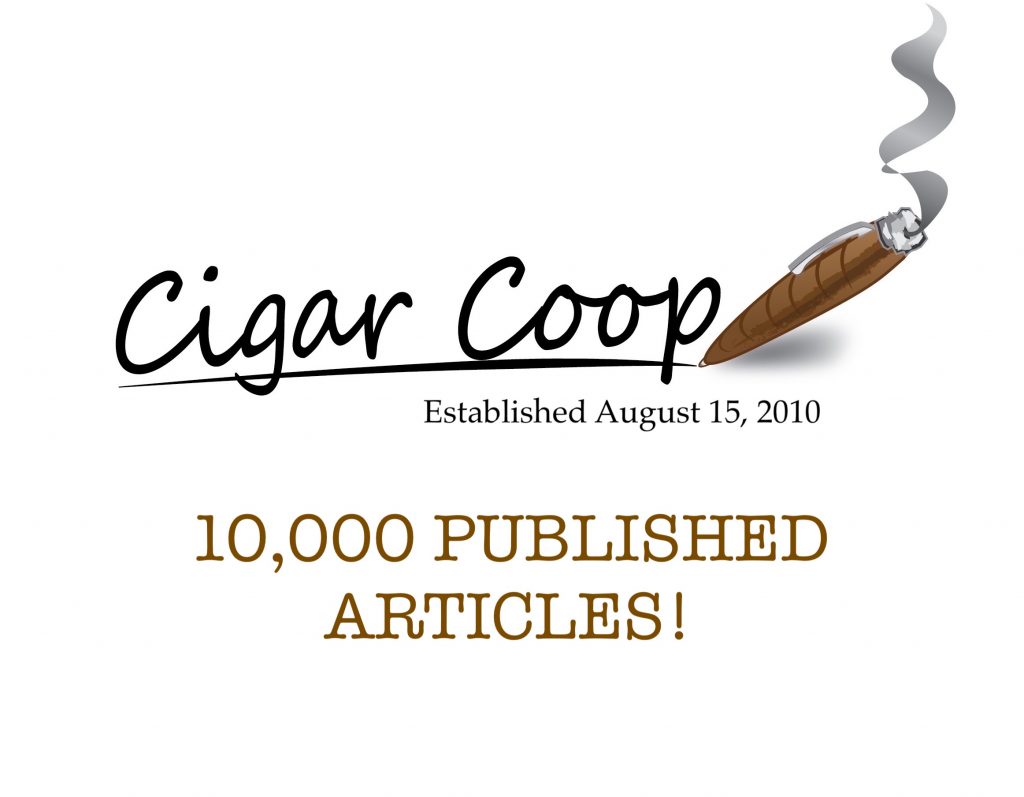 With this post, Cigar Coop has reached an important milestone – our 10,000th published article.

Over the years there has been no shortage of content to talk about in the premium cigar industry from manufacturing, brand, retail, consumer, and media perspectives. I believe we have provided a fair platform for cigar coverage and have tried to encompass as much as we can. We’ve tried not to be “too boutique” or “too big company.”  As Cigar Coop has developed, we’ve had to establish more in the way of procedures for news coverage and reviews, and while we realize at times this hasn’t been popular with some, it’s been a necessary step to ensure growth.

Perhaps most amazing is this journey with Cigar Coop started on August 15, 2010, talking about an iced coffee. On July 3, 2012, we started publishing daily – and 3,217 days later (as of this post), Cigar Coop hasn’t missed a beat.

Last year Cigar Coop celebrated its 10th anniversary. We recapped the history of Cigar Coop in detail, so no need to rehash it. But if you are interested, you can read our blog post which has the links to the 10 Year Anniversary Series.

Cigar Coop has had incredible support -from our sponsors, strategic partners, readers, listeners, and viewers. Thank you very much for helping make today possible. We look forward to the ride ahead.