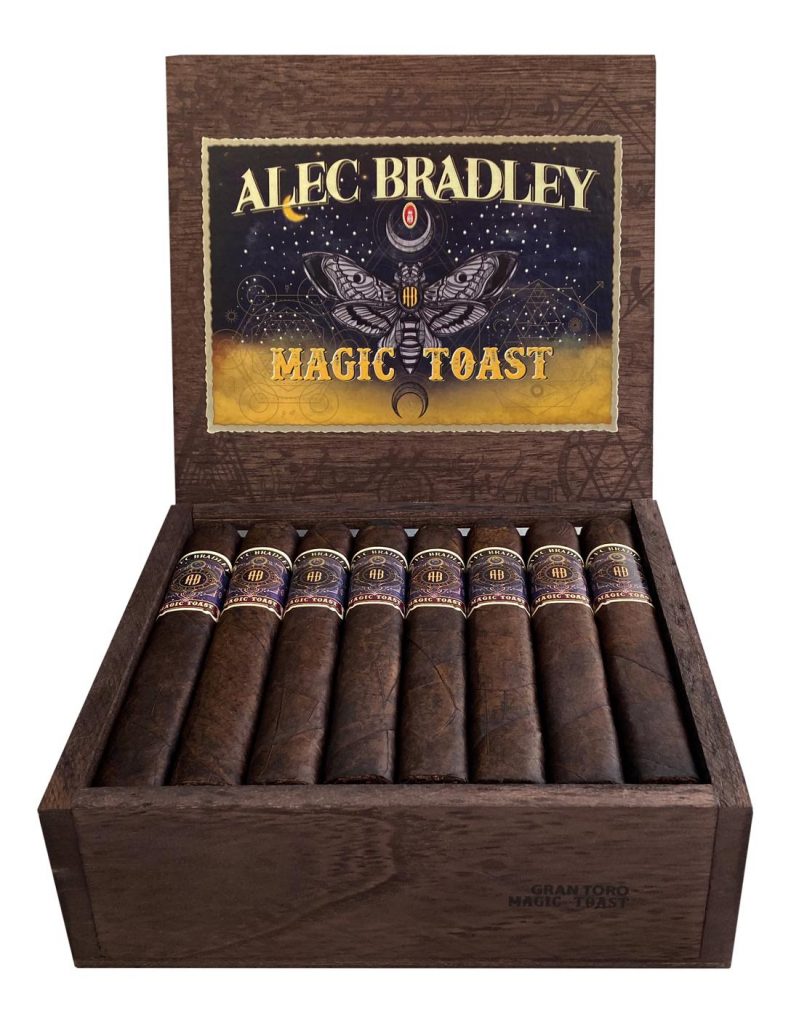 Produced at the Raices Cubanas factory in Danlí, Honduras, the blend for the Magic Toast Box Pressed Gran Toro features a Honduran wrapper, a double binder (one Nicaraguan, one Honduran), and a combination of Honduran and Nicaraguan tobaccos. The Gran Toro is a 6 x 54 size offering. The 24-count boxes will feature a “guarantee seal” indicating PCA 2021 attendee exclusivity. Pricing has been set at $11.00 MSRP. Alec Bradley is expecting the cigars to ship in the later part of Q3 2021. Sales are being limited to U.S. retailers.

“The Premium Cigar Association and this trade show are very important for the future of our industry,” said Alec Bradley founder Alan Rubin in a press release. “With the Magic Toast Box Pressed Gran Toro, we are presenting something special for the retailers that are in support of our industry and this trade show. Now, more than ever, it is important that we stick together as one unified industry, and the PCA trade show is the best vehicle to achieve this.”

At a glance, here is a look at the Alec Bradley Magic Toast Box Pressed Gran Toro: