Agile Cigar Reviews are cigar assessments where we use a lightweight, shorter format. These will never take the place of our comprehensive reviews. They are only used on blends we have previously assessed. This might be a blend we are re-scoring or giving a score for the first time. It might be a blend we are looking at in a different size. Today we look at the Encore by E.P. 656, a TAA Exclusive cigar. This is a cigar line we previously assessed in the Valientes(Torpedo) size back in March 2020. 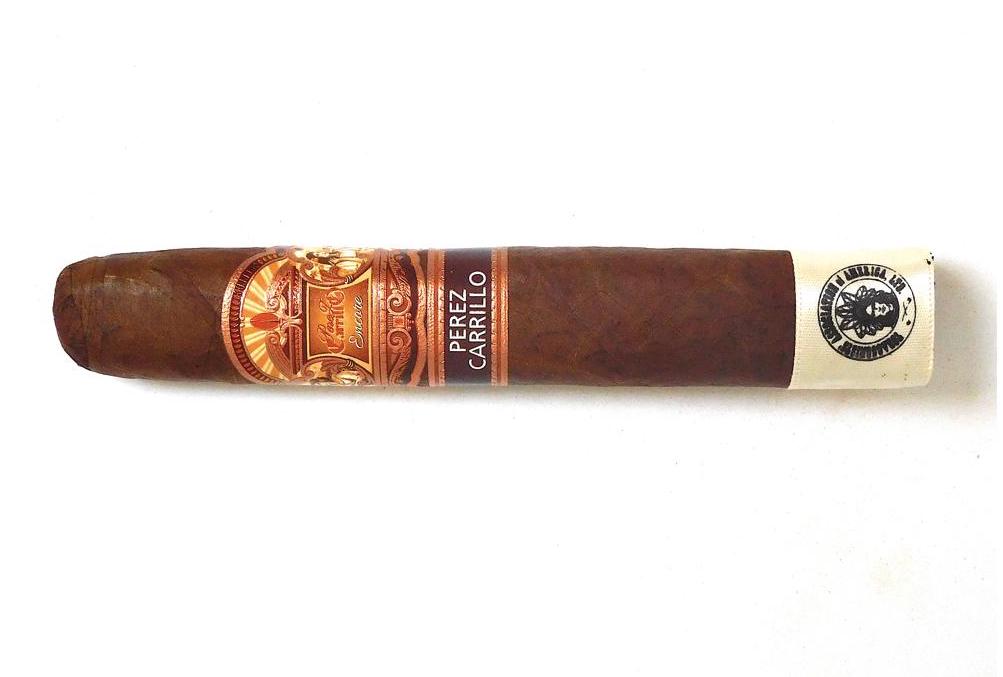 In 2018, E.P. Carrillo would release the second installment of its Perez-Carrillo Series with the Encore. The cigar follows up the highlighted successful La Historia. While La Historia is a San Andres Maduro wrapped offering, Encore is a Nicaraguan puro that is made at company founder Ernesto Perez-Carrillo’s Tabacalera La Alianza in the Dominican Republic. Both the La Historia and Encore garnered significant critical acclaim. La Historia would snag the #2 Cigar of the Year on Cigar Aficionado’s highly coveted Top 25 list. Four years later, Encore Majestic would top that – capturing the #1 Cigar of the Year on the Cigar Aficionado list. The Majestic would also place #23 on the 2019 Cigar Coop Countdown. In 2020, E.P. Carrillo would release a special 6 x 56 box-pressed size of the Encore. This would follow up a 6 x 56 version of the La Historia that was releasedfFor The TAA in 2019. Today we take a closer look at the Encore 656.

The Encore 656 is the third cigar released by Nat Sherman International for the TAA. A fourth is planned for 2021.

As mentioned above, Encore features all-Nicaraguan tobaccos. The tobacco used for the Encore was aged and cured in something called tercios. Tercios come from the bark of palm trees and are used to wrap the tobaccos in bales. After the tobacco is wrapped, there is some additional aging that occurs.

The Encore 656 started out with a spurt of black pepper and baker’s spice. The spice quickly settled and gave way to a mix of savory natural tobacco notes, cedar, earth, pepper, and baker’s spice. By the middle of the first third, the savory natural tobacco notes moved into the forefront as the dominant note. The earth notes took over by the second third, and the final third saw an increase in the pepper notes.

The Encore 656 delivered a medium strength, medium-bodied smoke  Both the strength and body balanced each other nicely. The burn did require some touch-ups along the way to maintain a straight path. The draw was a little more open than I prefer, but at the same time the burn and draw could still be assessed very good.

As I continue to go through the 2020 TAA Exclusive Series, I can’t help but think this has been one of the more disappointing TAA series in recent years. Still there have been a couple of standouts, and one of them happens to be the Encore 656. I found the larger, box-pressed format to work quite well for the Encore blend. While I would still give the Majestic (Robusto) size the edge, the 656 is a close second. The cigar excels in the most important category – flavor.  It’s a cigar I could recommend to any cigar enthusiast. It’s one that I would certainly buy again. At 90 points it reaches the threshold for Cigar Coop Standard of Excellence.