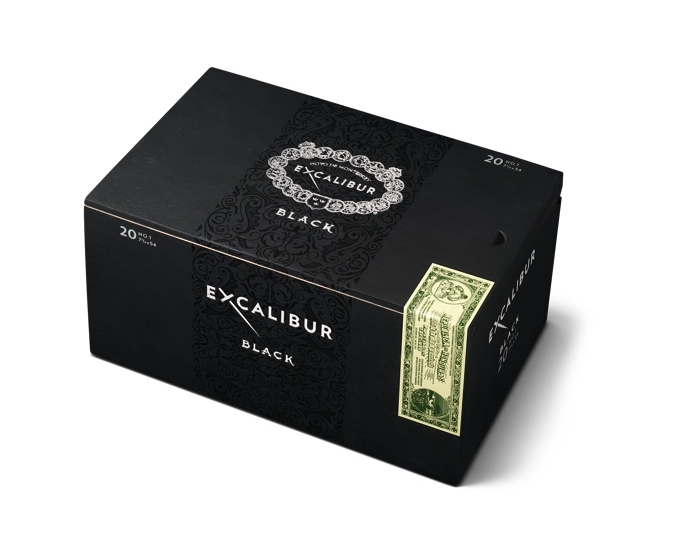 In addition to the U.S.-grown Connecticut Broadleaf wrapper, the Excalibur features an Ecuadorian Sumatra binder and fillers featuring Honduran and Nicaragua ligeros. The cigars are presented in three sizes – each presented in 20-count boxes and each priced under $9.00 SRP. Production is handled at the HATSA factory in Honduras. 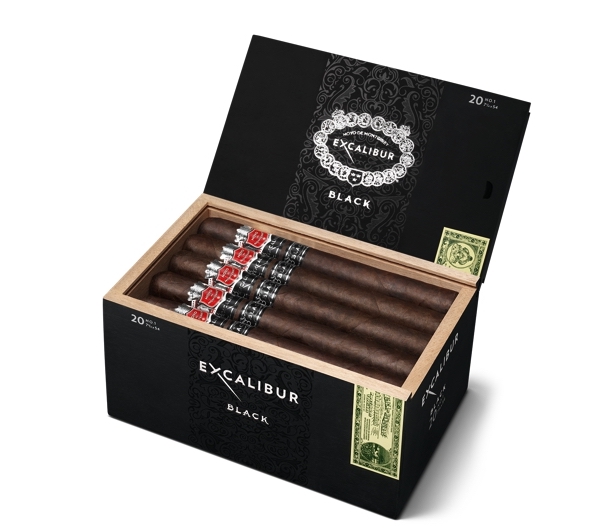 “Excalibur is a stalwart Honduran brand that continues to withstand the test of time and deliver on its promise of an exceptional smoking experience. With Excalibur Black, we are beginning the next chapter of the brand’s 40-year legacy with a feisty, fuller-bodied offering.  Excalibur Black rounds out the core line with a masterpiece blend that’s as rich and satisfying as it is approachable. We’re expecting that  ‘Black’ will expand Excalibur’s devoted fan base with a new generation of cigar lovers,” commented Senior Brand Manager Ed Lahmann in a press release.

At a glance here is a look at the Excalibur Black: