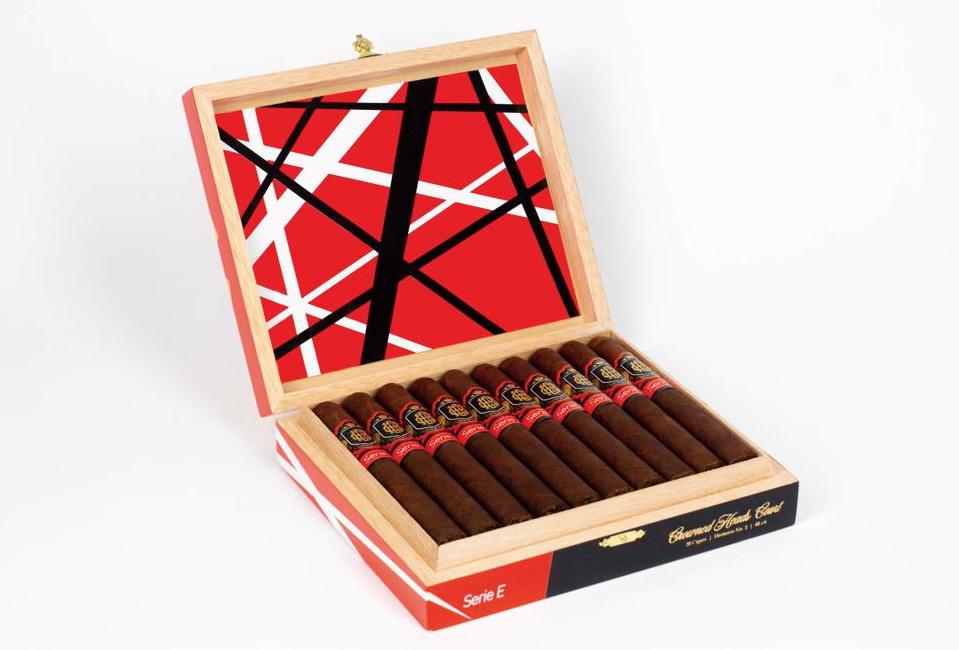 “I listened to that solo and saw it as a sonic metaphor for smoking this cigar,” explained Crowned Heads co-founder Jon Huber in a press release. “From the drum and bass intro, which I saw as the cutting-lighting-prep of the cigar, to the mixing of triads and harmonics which I compared to the complexity of the flavor profile, to the bottoming-out dive bombs that was reminiscent of the finish of the cigar, it all paralleled seamlessly. The CHC Serie E smoking experience is a medium-plus-bodied dance on the edge between technical mastery and random entropy, resolving in a balanced, melodious harmony.” 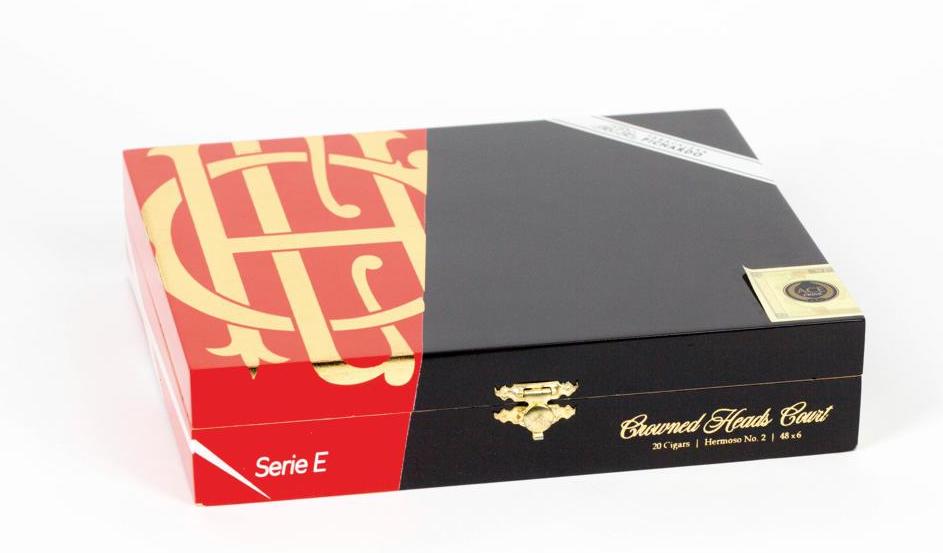 To produce the CHC Serie E, Crowned Heads once again turns to Tabacalera Pichardo. This is the Nicaraguan factory owned by Don Eradio Pichardo and Luciano Meirelles, the principals behind Crowned Heads’ strategic alliance partner Ace Prime. The cigar features an Ecuadorian Habano Oscuro wrapper over a Jalapa Nicaraguan binder and Nicaraguan fillers from Pueblo Nuevo, Ometepe, and Jalapa. The cigars will be available in four sizes, each packaged in 20-count boxes. Pricing is set between $10.25 and $12.25 per cigar. The CHC Serie E is scheduled to ship in August. 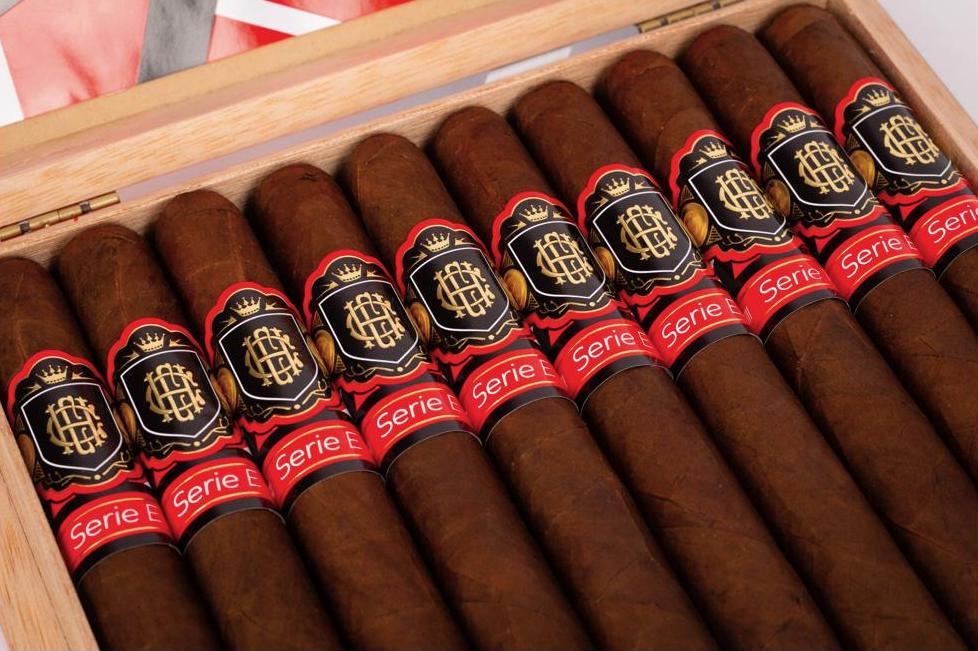 At a glance, here is a look at the CHC Serie E: