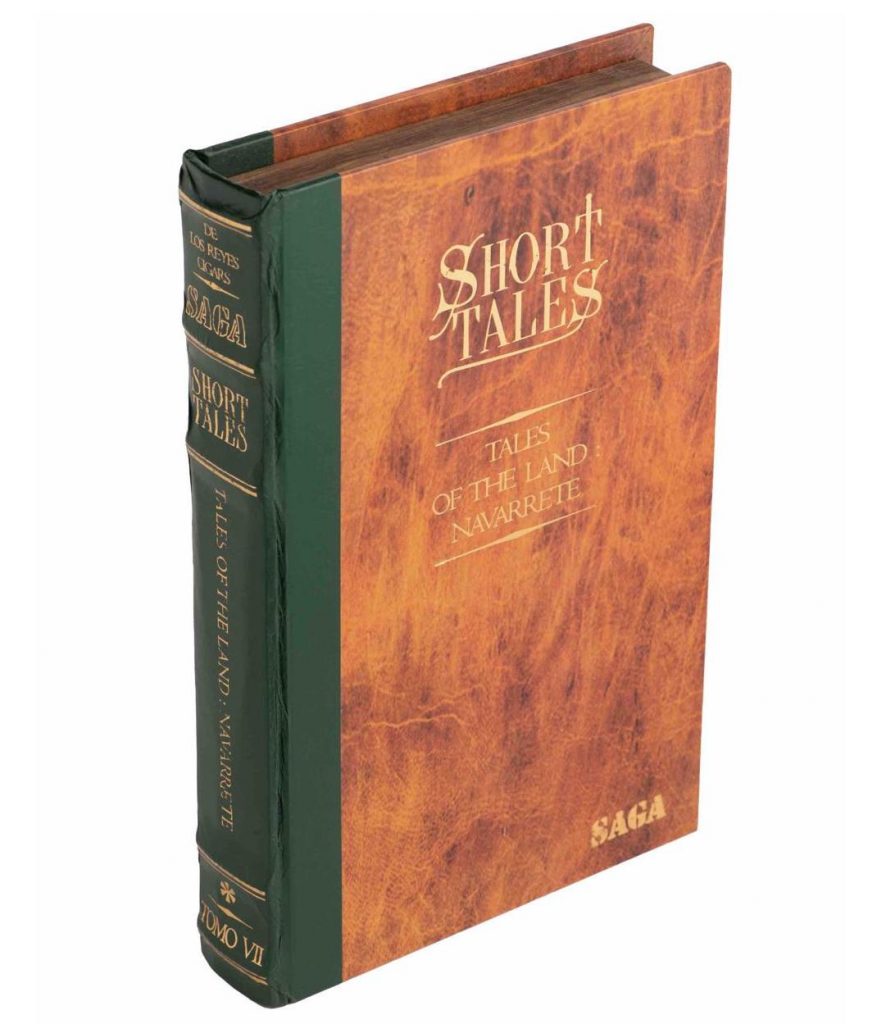 De Los Reyes has announced the seventh installment of its Saga Short Tales Collection. Dubbed Tomo VII – Tales of the Land Navarrete with this cigar the Reyes family pays tribute to the place where the family harvested the first crop of Piloto Cubano the Dominican Republic.

Naverrete is a city located just outside of the city of Santiago de los Caballeros in the Dominican Republic. It’s a place where the Reyes family still operates a farm today.

The cigar is a box-pressed 5 x 52 Robusto – marking the first installment of the Saga Short Tales series to use a box-pressed format. The blend features a Nicaraguan Habano wrapper over a Dominican San Vincente binder and all Dominican fillers. Included in the fillers is Piloto Cubano, representing the tobacco the Reyes family first harvested from Navarrete. The fillers also utilize HVA and Criollo ’98.

As with each of the Saga Short Tales installments, the cigars are packaged in a book format. For Tomo VII, the book contains ten cigars. Each is priced at $9.30 per cigar

The cigar will be showcased at the 2021 Premium Cigar Association (PCA) Trade Show scheduled to open July 10th in Las Vegas, Nevada. While the cigars are scheduled to ship in September, an exclusive soft-launch will be made available to the LG Cigar Club in San Jose, California.

Below are the seven installments to date of the Saga Short Tales series:

At a glance, here is a look at the Saga Short Tales Tomo VI: Tales of the Land: Navarette: