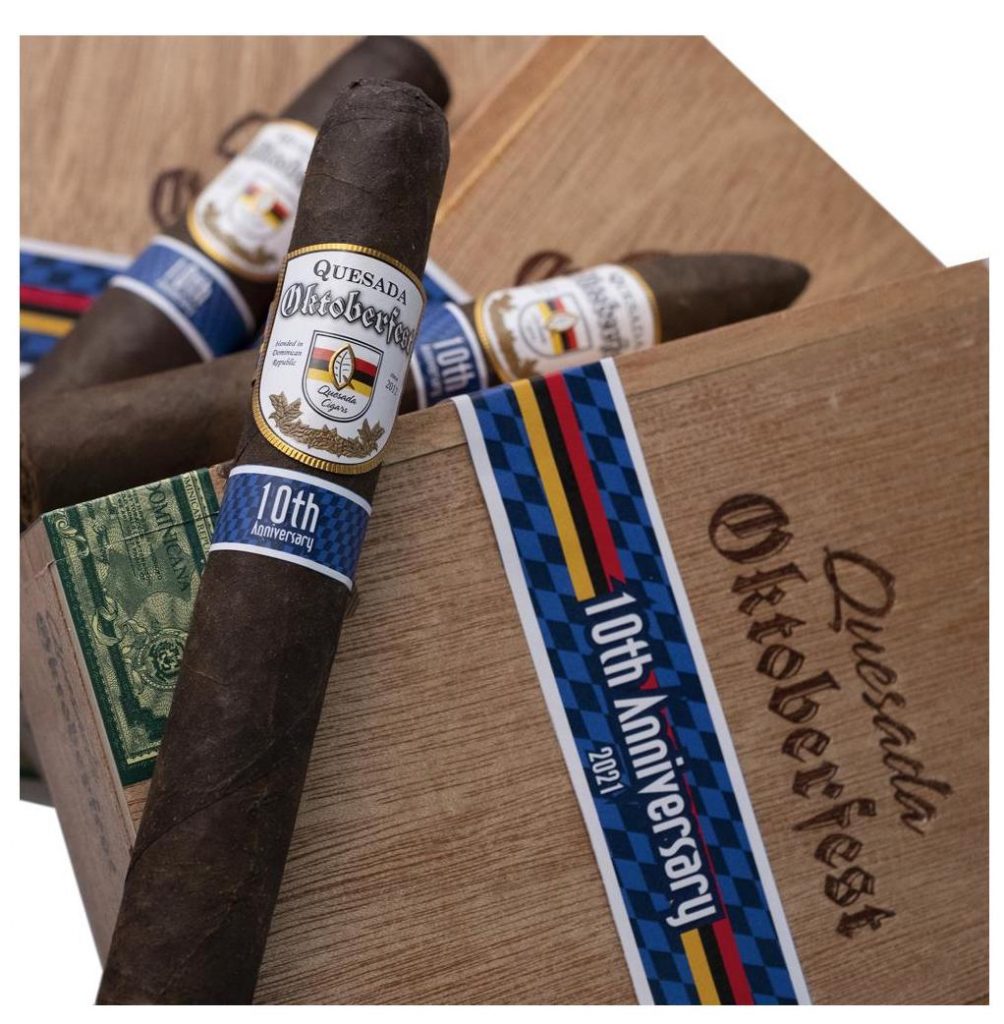 2021 marks the 10th anniversary of the Quesada Oktoberfest series, an annual release that was originally designed to be paired with a malt beverage. This years’s edition features an updated blend in three different sizes.

The blend for the Quesada Oktoberfest features a San Andres Mexican wrapper over Dominican binder and filler. It’s being released in three sizes that have been popular throughout the ten years of the Oktoberfest Series: Bavarian (5 1/2 x 52), Das Boot (6 x 52), and Uber (6 x 65). Each will be presented in ten-count boxes. 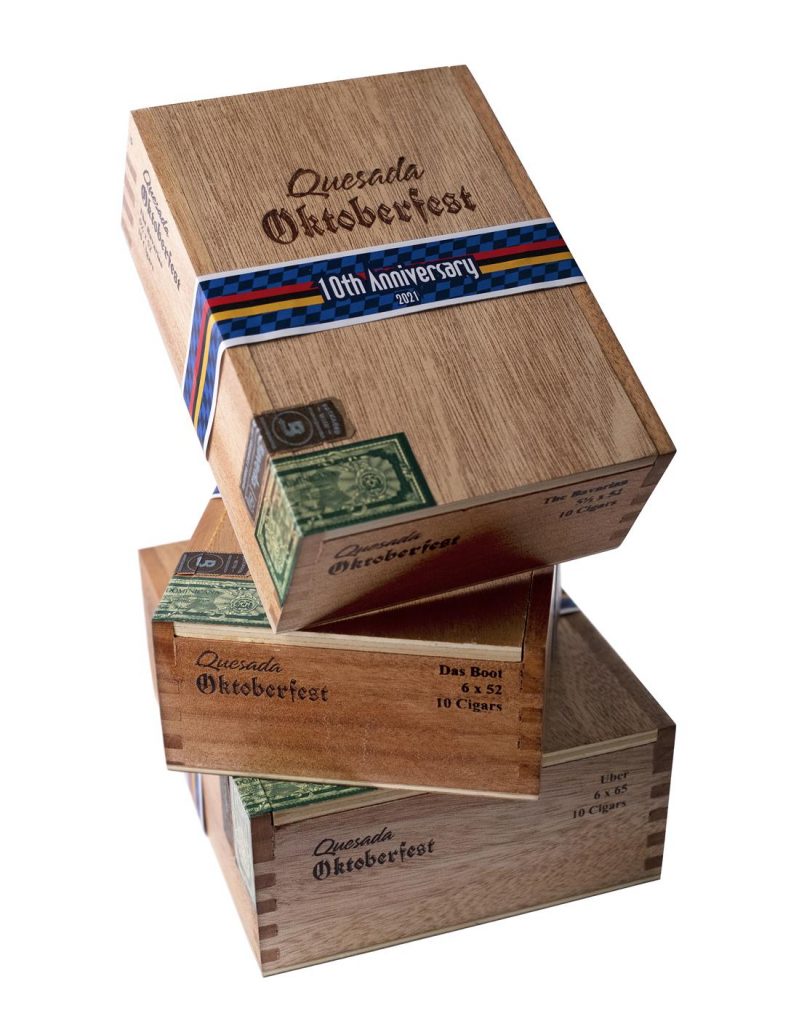 “We are more than excited to present this year’s Oktoberfest edition which in my opinion will be the best Oktoberfest cigar ever. Feedback from customers attention to detail has brought us to this blend. It’s going to be great,” said Manuel Quesada, President of Quesada Cigars in a press release.

Quesada Oktoberfest was introduced in 2011 and has been an annual release in different sizes and blend variations. The 10th Anniversary Edition marks a return to the series after skipping a 2020 release. 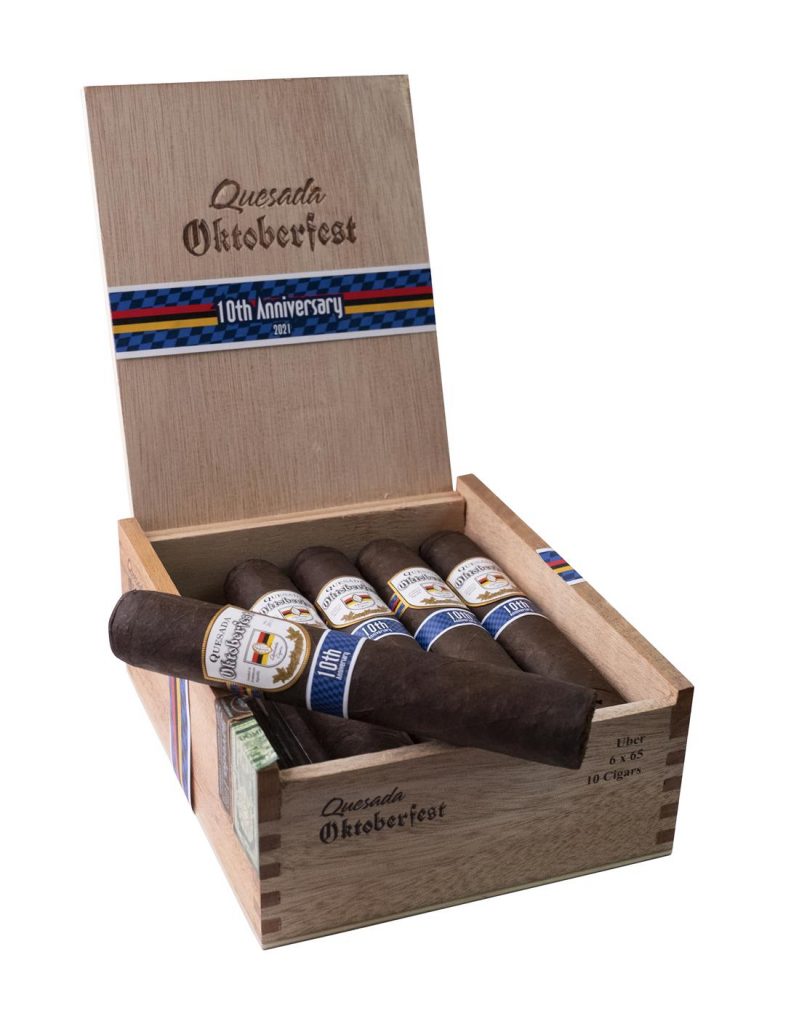 The Quesada Oktoberfest 10th Anniversary Edition will be showcased at the 2021 Premium Cigar Association (PCA) Trade Show in Las Vegas scheduled to open on July 10th.

At a glance, here is a look at the Quesada Oktoberfest 10th Anniversary: