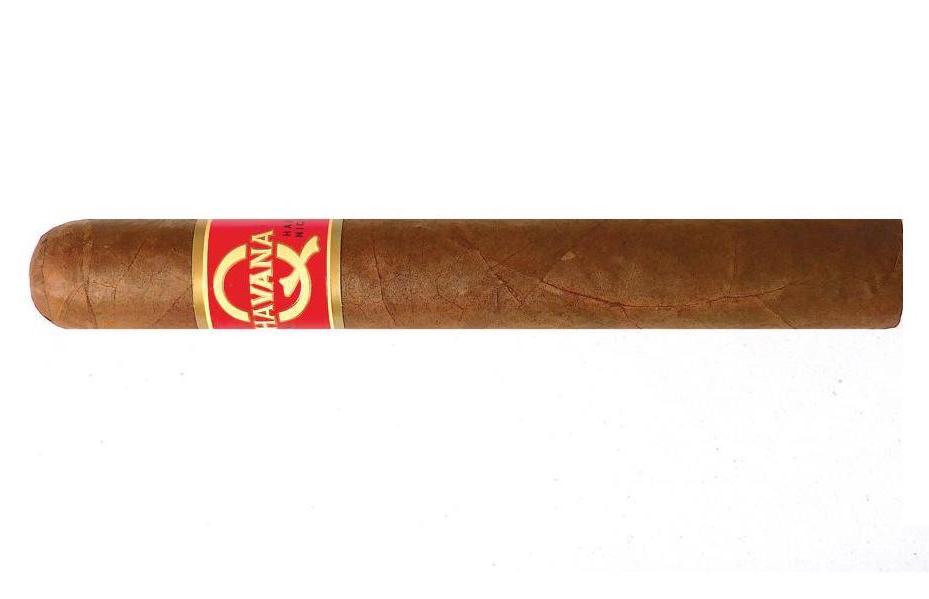 At the start of 2021, J.C. Newman Cigar Company launched a new brand known as Havana Q. The Havana Q is described as a cousin to J.C. Newman’s popular Quorum brand. Quorom is a brand that has been in the J.C. Newman portfolio for quite some time and its a value-priced line of Cuban sandwich cigars. The Havana Q is also a cigar that falls into this category. The cigar is meant to be reminiscent of the cigars that came out of “Old Cuba”. At the same time, Havana Q has a contemporary spin on that it is a line focused on  larger (50+) ring gauges, and is packaged in a humi-bag. Today, we take a closer look at the Havana Q by J.C. Newman in the Double Toro size.

As opposed to use 100% long filler tobaccos, the Cuban sandwich uses short and mixed (short and long filler) tobaccos in the blend. Short filler tobaccos are the remains of tobaccos that are gathered up as excess tobacco when long filler cigars are rolled, bunched, and cut. Many cigar companies utilize these and have been quite successful with Cuban sandwich cigars – mostly because they are sold at an attractive price-point. This is a type of cigar we haven’t reviewed often on Cigar Coop. Last year we assessed the Quorum Maduro. Given Quorum is a monster brand for J.C. Newman, it made sense for us to assess it. With Havana Q a newer part of the J.C. Newman family and a “cousin” to Quorum, it also made sense to assess this cigar.

We are going to take a closer look at the Quorum Maduro in the Toro size.

According to J.C. Newman, the Havana Q features genuine Havana-seed wrapper grown by the Oliva family on the alluvial plains at the foot of the Cotuguay Mountains in the renowned Guayas tobacco-growing region of Ecuador. J.C. Newman says the soil and climate there are comparable to the famed Vinales Valley in the Pinar del Rio province in Cuba. As for the remainder of the blend, the tobaccos for the binder and filler are Nicaraguan.

The Havana Q is offered in four sizes – each presented in 20-count humi-bags. 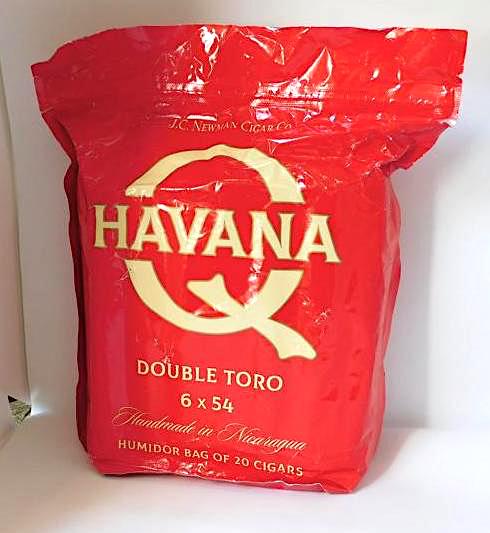 The Ecuadorian Havana wrapper of the Havana Q Double Toro had a medium roast coffee bean color to it. There was not much oil on the surface of the wrapper. The wrapper was slightly on the bumpy side. There were some visible veins and some visible wrapper seams.

A straight cut was used to commence the experience of the Havana Q Double Toro. Once the cap was removed it was on to the pre-light draw. The cold draw delivered a mix of dusty earth and sweet natural tobacco. One thing that was pleasing is that there were no “Scooby snacks” on the cold draw. This is an expression my former Stogie Geeks partner Stogie Santa would say when little bits of mixed filler would end up in your mouth. In the end, this was a satisfactory pre-light draw experience. At this point, it was time to toast up the Havana Q Double Toro and see what the smoking phase would have in store.

The Havana Q Double Toro starts out with notes of earth, cherry sweetness, nut, and a slight black pepper note. The cherry and earth moved into the forefront early on with the nut and pepper notes settling in the background. There was a creamy texture to the entire flavor profile and a slight smokiness present with the cherry and earth notes. About halfway through the first third, the earth notes became the primary note with the cherry joining the other notes in the background, but continuing to diminish. The creaminess and smokiness were present. Meanwhile there was an additional layer of cherry and black pepper on the retro-hale.

As the Havana Q Double Toro moved into the second third, the cherry sweetness in the background dissipated and was replaced by a more natural tobacco note. The natural tobacco note increased in intensity and by the midway point it joined the earth in the forefront. There still were notes of pepper in the background, but a the midway point the nut notes and creaminess present had dissipated. On the retro-hale, the cherry notes were no longer present, but the black pepper remained.

Just past the midway point, the black pepper notes increased in intensity. The earth and natural tobacco remained in the forefront – along with the associated smokiness. The natural tobacco imparted some bitterness on the flavor profile. Meanwhile the notes of black pepper remained present. This continued to the end of the cigar experience. The nub of the Havana Q Double Toro was soft to the touch and slightly lukewarm.

On each of the samples of the Havana Q Double Toro, the burn started out on a straight burn path and a straight burn line. By the second third, the cigar did require more touch-ups to keep the burn path and burn line straight. These touch-ups were a little more frequent than I preferred. As for the ash, it was remarkably firm for a Cuban sandwich. This was an ash that had a salt and pepper look. The burn rate and burn temperature were both ideal. 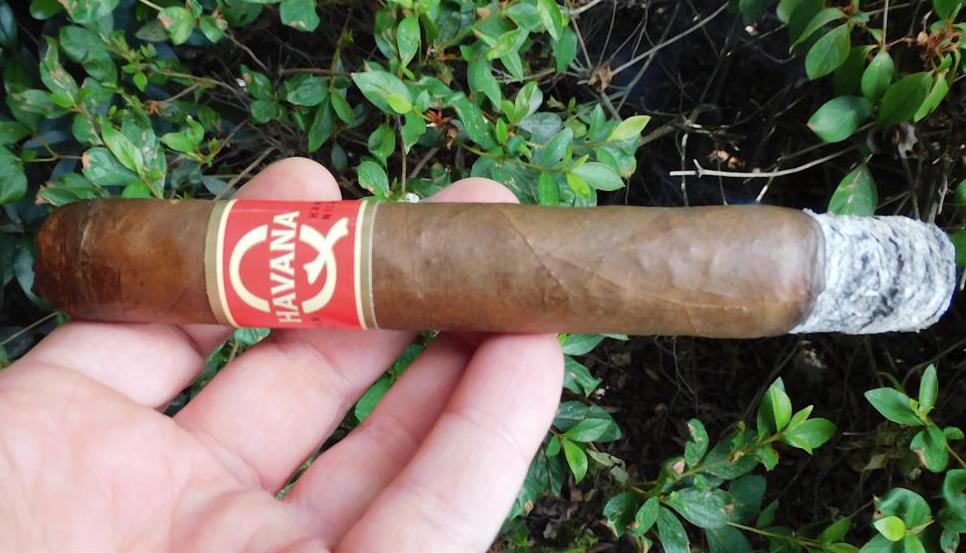 While normally I prefer a little resistance on the draw, the resistance level of the Havana Q Double Toro was more than I prefer. The cigar never went out, but it still was a draw on the tight side. One positive is that for a Cuban Sandwich, the cigar didn’t produce any “Scooby Snacks” while puffing.

While the flavors had a rich quality to them, in terms of strength and body, the Havana Q Double Toro is actually one that is dialed back. This is a cigar that is on the mild to medium side for strength and body. There wasn’t much variance in the intensity levels of the strength and body throughout the smoking experience.  When looking at strength versus body, both attributes balanced each other nicely with neither attribute overshadowing the other.

While we don’t review a lot of short-filler or Cuban Sandwich cigars, one thing I have always said – these will be scored exactly the same way as a long-filler cigar. While a completely different blend and flavor profile, my experience with the Havana Q Double Toro was much like that with its cousin-blend, the Quorum Maduro Toro – a better experience in the first half than the second half. I was surprised there was more in in the way of complexity on this cigar. Finally, I was impressed how consistent the cigar flavor profile was for each cigar – something that I often don’t get on Cuban Sandwich cigars.

Pricewise the Havana Q carries an SRP of $56.00 for a bag of 20 – or $2.80 cents per cigar. While on merit this cigar scores an 86, pricewise, the Havana Q is still a nice value. In the end, there is still enough value to recommend this to any cigar enthusiast. This is a cigar I could smoke from time to time and it’s one of which I would keep multiples in my humidor.