Cigar News: La Palina Goldie Prominente to Be Released as a 2021 PCA Exclusive 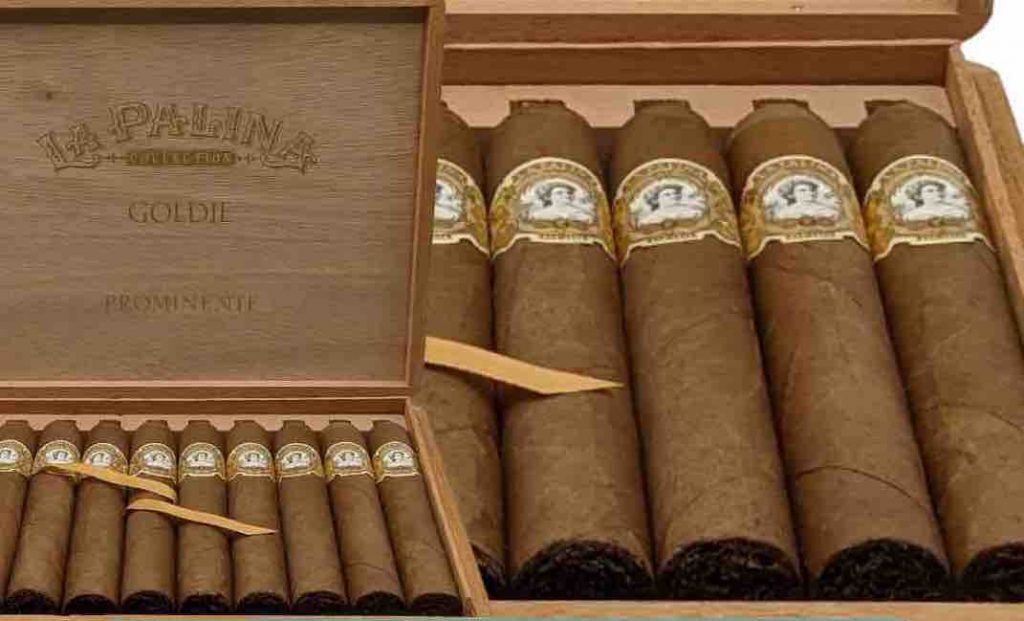 La Palina Cigars will introduce the tenth installment of its annual Goldie series. This one is a 6 1/2 x 48 Prominente size. While La Palina has launched its annual Goldie release at the PCA (IPCPR) Trade Show, this year the cigar will be an exclusive to those retailers attending the 2021 PCA Trade Show.

Like the other sizes, the blend features an Ecuadorian wrapper and binder over a blend of Nicaraguan and Dominican tobaccos that incorporates the often scarce high priming medio tiempo leaves.

The Premium Cigar Association says 300 ten-count boxes of the La Palina Goldie Prominente will be available. This is the first time a Goldie has been made an exclusive to the PCA Trade Show.