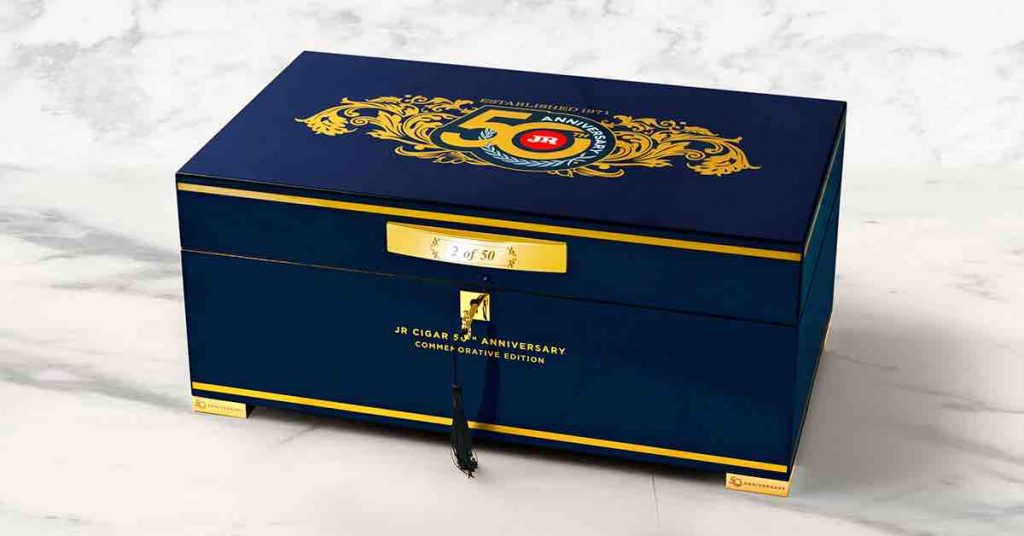 Throughout 2021, JR Cigar has been celebrating its 50th anniversary with a series of limited edition cigars done in conjunction with leading manufacturers. Now JR is adding a limited edition humidor into the mix. JR has teamed up with renowned accessory designer Nick Nanavichit and his team at Nsolo Consulting Group to release a limited-edition humidor to commemorate the 50th-anniversary celebration.

Nsolo is best known for having designed the Davidoff Winston Churchill Wooden Ashtray set as well as several other prominent boxes and accessories.

“The entire year-long 50th Anniversary campaign has been such a fun project for us – and this humidor has really got the JR Team excited,” says Nick Libretti, Brand Manager for JR Cigar in a press release. “While our cigar releases are at the forefront, we wanted to create something commemorative and special for our customers. This humidor not only celebrates our past, but also showcases our bright future,” he says. 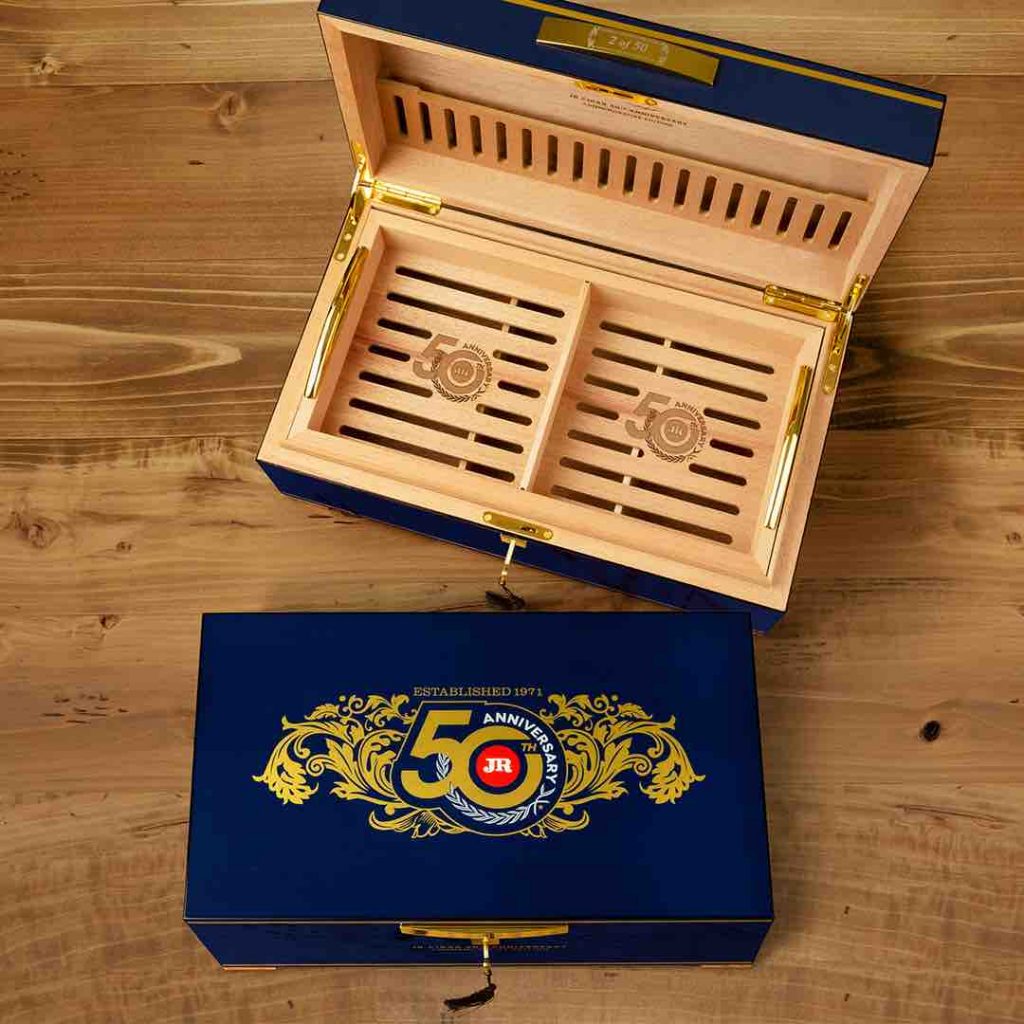 The 100-count humidor is crafted with cedar wood for the entire interior, and its handle, feet and hinges are gold plated zinc metal. The JR 50th anniversary logo is adorned with gold foil and, inside, the 50th logo is branded into the wood and tray. The humidor also includes a space for Boveda packs. The unit measures 16.4” W x 9.6” L x 7.17” H.

A total of 50 humidors have been crafted. Pricing is set at $399.95 and the units go on sale July 29th exclusively at www.JRCigars.com.