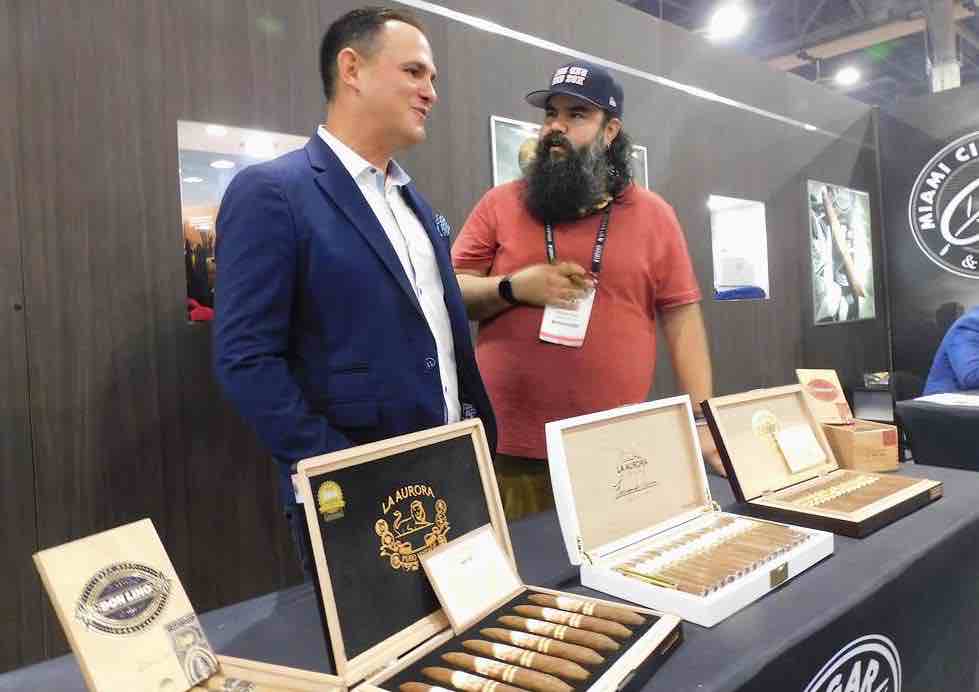 The past two years have certainly been years of changes at Miami Cigar & Company – and it’s obvious the team of Nestor Miranda and Jason Wood are embracing and adapting. For many years, Miami Cigar was known for making its Nicaraguan cigars at My Father Cigars, and partnering to distribute the La Aurora portfolio as well as make select Dominican Cigars. Since 2019, we have seen Miami Cigar branch out working with AJ Fernandez for the Don Lino Africa line and now Tabacalera El Artista for the new Don Lino Dominican. With Miami Cigar & Company reducing its sales force, many wondered what this would mean for Miami Cigar & its relationship with La Aurora. At the Trade Show, the partnership between La Aurora and its distributor in the U.S. Miami Cigar & Company seemed healthy.

As mentioned above, Don Lino Dominican is the newest release by Miami Cigar & Company. Miami Cigar is definitely putting a lot of emphasis on its Don Lino brand. For Don Lino Dominican, there is a Connecticut and Maduro option. Pricing is between $5.95 and $6.25. This gives Miami Cigar a value-priced premium cigar – and one that fits nicely with the La Aurora Time Capsule Series.