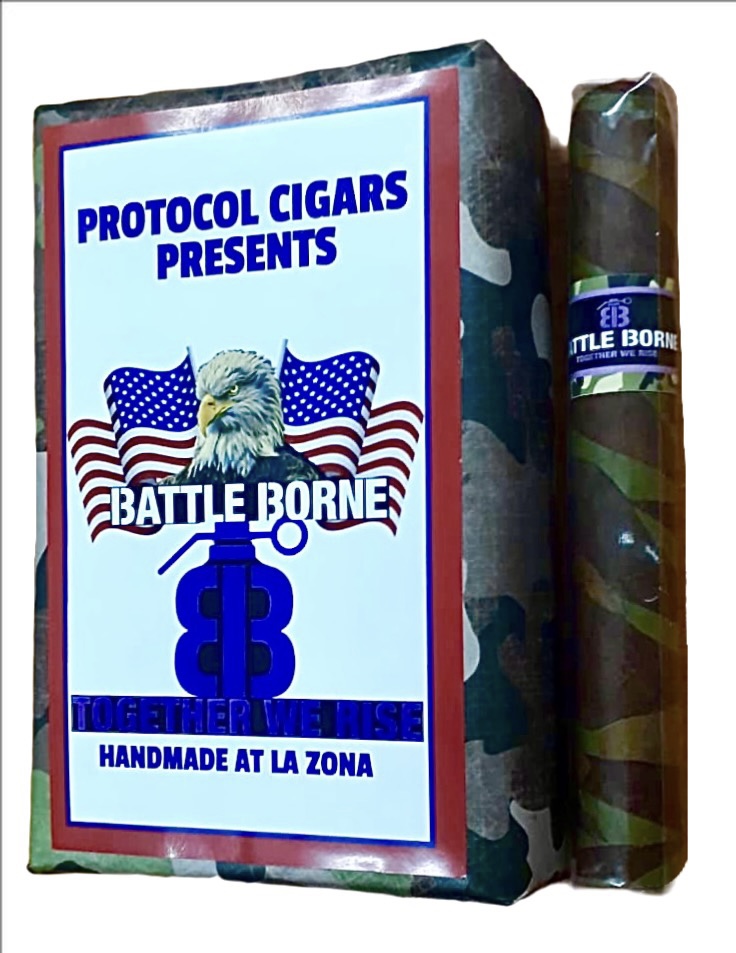 Protocol Cigars has announced the Protocol Battle Borne Cigar. It’s a limited cigar that will support the Battle Borne organization who has a mission to connect veterans with the resources needed to recover from their mental, emotional, and physical trauma so they can restore their lives and reintegrate into society. The cigar will make its debut on September 11, 2021 and will be sold exclusively through Caravan Cigar Company. It’s also a unique project for Protocol in that the cigar is highlighted by a camouflage wrapper.

Battle Bourne was established in May of 2018 by Founder/President and United States Marine Corps Veteran Christopher Yarnell. In a press release from Protocol Cigars, he stated the reason he created Battle Borne, “As a veteran I had a difficult time transitioning from the military back to civilian life. It’s not easy finding meaning and purpose for a lot of our veterans. So as someone who volunteered for veterans nonprofit organizations, I watched a lot of veterans ask for help but did not receive it because those organizations did not do what they were looking for. What I found was it’s difficult for veterans to ask for help and if they get told no they’re not going to ask a second time. So I got tired of watching veterans get told ‘sorry, we don’t do that.’ So we started an organization that not only meets the needs of veterans, but we partner with other organizations to meet the needs and services that we do not provide. No veteran gets told no. And no veteran gets left behind!”

The Protocol Battle Borne Cigar is a 100% Nicaraguan puro wrapped in a Habano leaf with binders and fillers coming from Estelí and Condega. The cigar is then decorated with tobacco leaves to form an ERDL camouflage pattern. This is the camouflage pattern of the Vietnam War era. The cigars will be available in one size – a 6 x 52 Toro with a total of 200 ten-count bundles available. 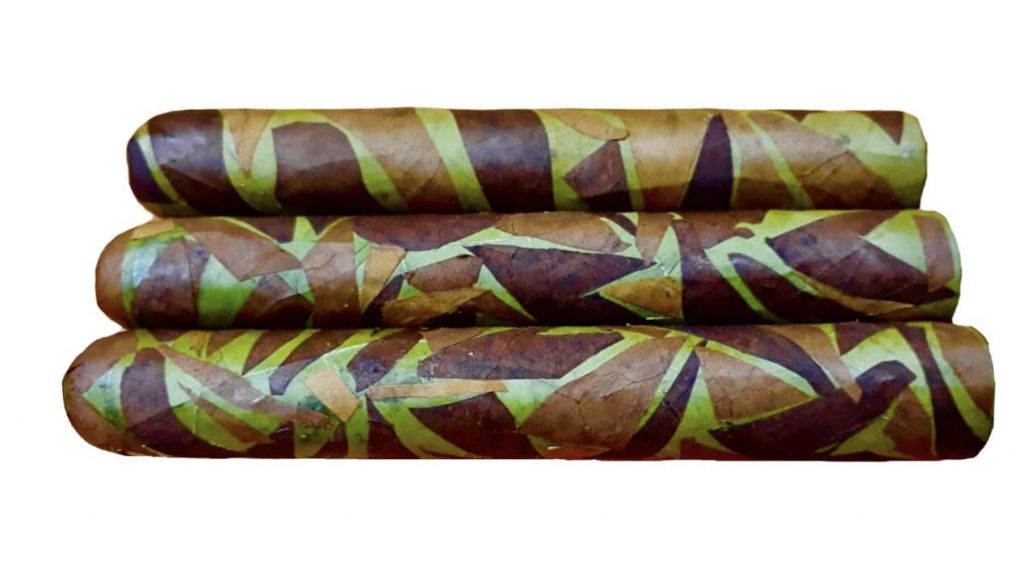 Pricing is set at $125.00 MSRP for a ten-count bundle. Protocol says the pricing is higher than most of its other limited editions because of the effort made to construct the cigar and because parts of the proceeds will go directly to Battle Borne to support the organization.

“This project is very special to us. I was there at 9/11 and saw first hand the trauma that was suffered by our nation and I totally understand the importance of recovery and healing. Also Police and military so many times suffer from the same mental trauma with everything they see. This project and organization is very near and dear to my heart!” commented Juan Cancel, co-owner and founder of Protocol Cigars.

Hector Alfonso Sr., Director of Operations at La Zona, a Veteran who served in the United States Army added, “When Protocol Cigars approached me about this project I was all in. Together we blended a cigar that any Veteran would feel proud to smoke. Not only is it a beautiful cigar to look at but it really came out quite delicious. We blended a solid medium with great aroma, and rich flavors. I couldn’t be more proud to be part of this special project.”

The cigars will be sold online at the Caravan Cigar Company website and during the in-store event on September 11th. Protocol says direct donations without a cigar purchase can be made on the Battle Borne website.