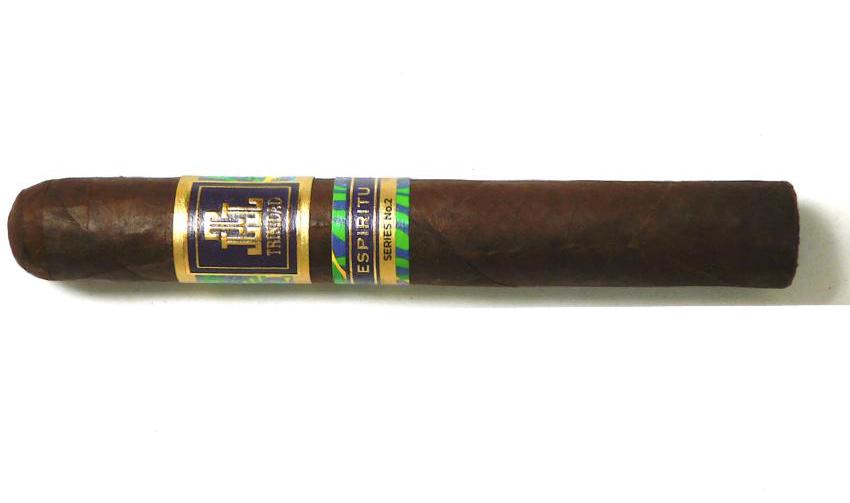 In 2019 Altadis USA decided to give its Trinidad brand a refresh and relaunch by introducing the Trinidad Espiritu Series. Altadis would reach out to AJ Fernandez who had been working with Altadis on several projects over the past few years, including reimaging brands such as Montecristo, Romeo y Julieta, and H. Upmann. The resulting cigar was the Trinidad Espitu No.1 – the first Nicaraguan puro and first Nicaraguan-made Trinidad cigar. Packaging wise, Altadis would introduce a contemporary tropical pattern on the packaging representing the Caribbean region. Late last year, a second cigar in the series – the Trinidad Espiritu No.2 was announced. This is the cigar we will take a closer look at today.

Trinidad Espiritu No.2 differs a lot from No.1.  While No.2 is still made in Nicaragua by AJ Fernandez, the difference is that the No.2 is a Brazilian-forward blend highlighted by a wrapper that has been rarely (if at add) featured on an Altadis USA Cigar, the Brazilian Araparica one. The packaging still has a tropical look, but is done in the colors of Brazil.

Without further ado, let’s break down the Trinidad Espiritu No.2 and see what this cigar brings to the table.

The Trinidad Espiritu No.2 is available in five sizes – each is presented in 20-count boxes

The Brazilian Arapirica wrapper of the Trinidad Espiritu No.2 Toro had the color of dark chocolate bar. There was a slight amount of toothiness to the wrapper. There also was a very thin coat of oil on this cigar. The dark color of the wrapper did a good job of hiding the wrapper seams. At the same time, there were some visible veins on the wrapper.

There are two bands present on the Trinidad Espiritu Series No.2. There is a blue square field on the center of the band. The classic Trinidad logo in gold font sits on the field with the text “TRINIDAD” (also in gold font) below it. The left and right side of the band contain a tropical-styled multi-colored design. This design is similar to what was on Series No.1, but the difference is the multi-color pattern on Series No.2 has the colors of Brazil on it.

There is a secondary band resting just below the primary band. This band has a thick blue stripe with gold stripes bordering it on the top and bottom. The edges of the band are adorned with the Brazilian-styled multi-color design found on the first band. Sitting on the blue stripe is the text “ESPIRITU” in gold font. On the lower gold stripe is the text “SERIES NO.2 in dark font.

A straight cut was used to commence the smoking experience of the Trinidad Espiritu No.2 Toro. One the cap was removed it was on to the pre-light draw. The cold draw delivered notes of mocha, leather, and just a hint of citrus fruit. Overall this was a satisfactory pre-light draw experience. At this point it was time to light up the Trinidad Espiritu No.2 Toro and see what the smoking phase would have in store.

During the second third of the Trinidad Espiritu No.2 Toro, the coffee notes took over as the primary note. The earth notes settled into the background with the pepper notes. There was some cedar that was also emerging in the background. As for the chocolate and fruit notes, they dissipated by the midway point. It was just past the midway point that the mixed pepper and cedar notes picked up in intensity.

The final third saw the pepper and cedar combination moved into the forefront with the coffee. There still were some earthy and cedar notes that were secondary. With the chocolate and fruit notes gone, there was little rounding off the flavor profile in terms of sweetness. As the Trinidad Espiritu No.2 Toro came to a close, the cigar finished with a firm nub and was cool in temperature. 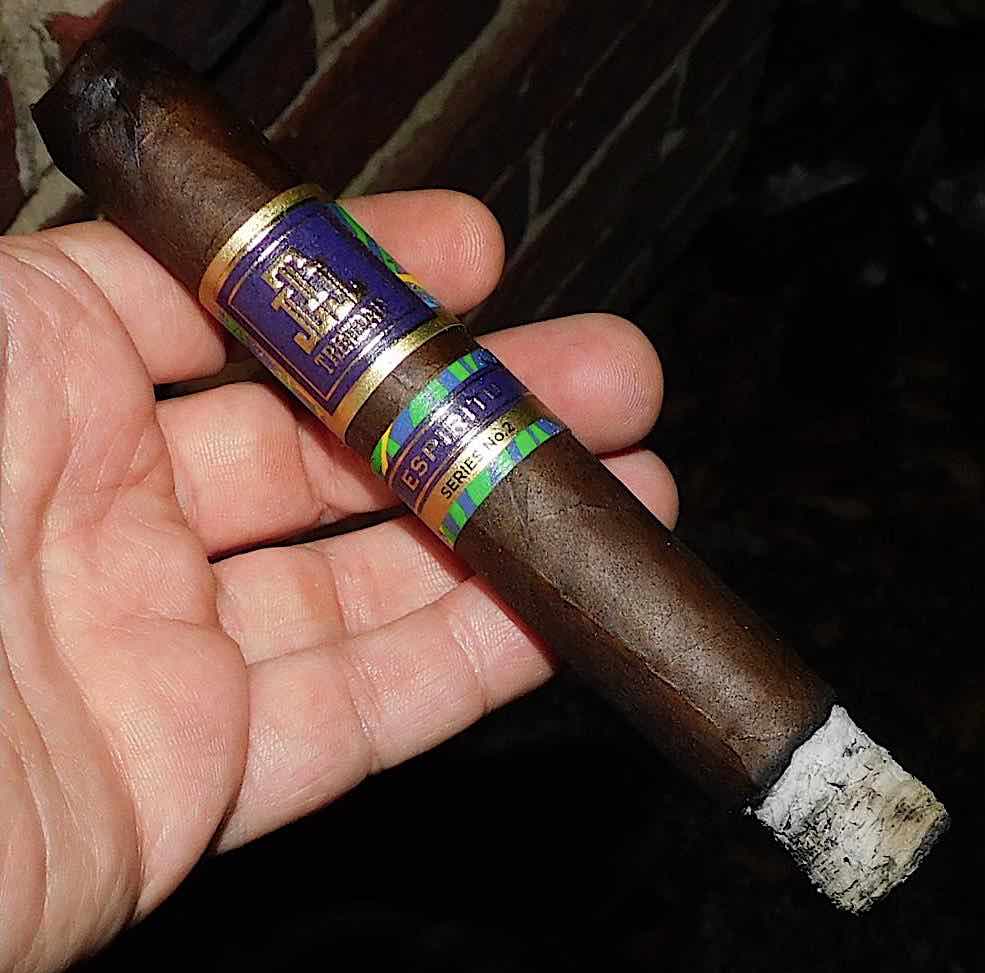 Burn of the Trinidad Espiritu No.2 Toro

As mentioned the draw for the Trinidad Espiritu No.2 Toro also scored well. This was a cigar that had a touch of resistance – which is something that I like. At the same time, this was a low maintenance cigar to derive flavor from.

As for strength and body of the Trinidad Espiritu No.2 Toro, both came in at a solid medium. There wasn’t much in the way of variance of the intensity levels of this cigar. It would close out with medium strength, medium-bodied. When complaring the strength versus body of this cigar, I gave a slight edge to the body.

Flavor-wise, when it came to the Trinidad, I found the first half to be better than the cigar half. The first half delivered a nice amount of rich coffee notes and some complimentary spice and hints of sweetness made for a very good cigar experience. When the spice ramped up, it was as pungent as I find many cigars with Brazilian Arapiraca can be. While the pungency didn’t force me to put down the cigar, I felt to some extent it took away from the flavor profile. In the end, there were still enough pluses over minuses where I would recommend this cigar to any cigar enthusiast and buy it and smoke it again.