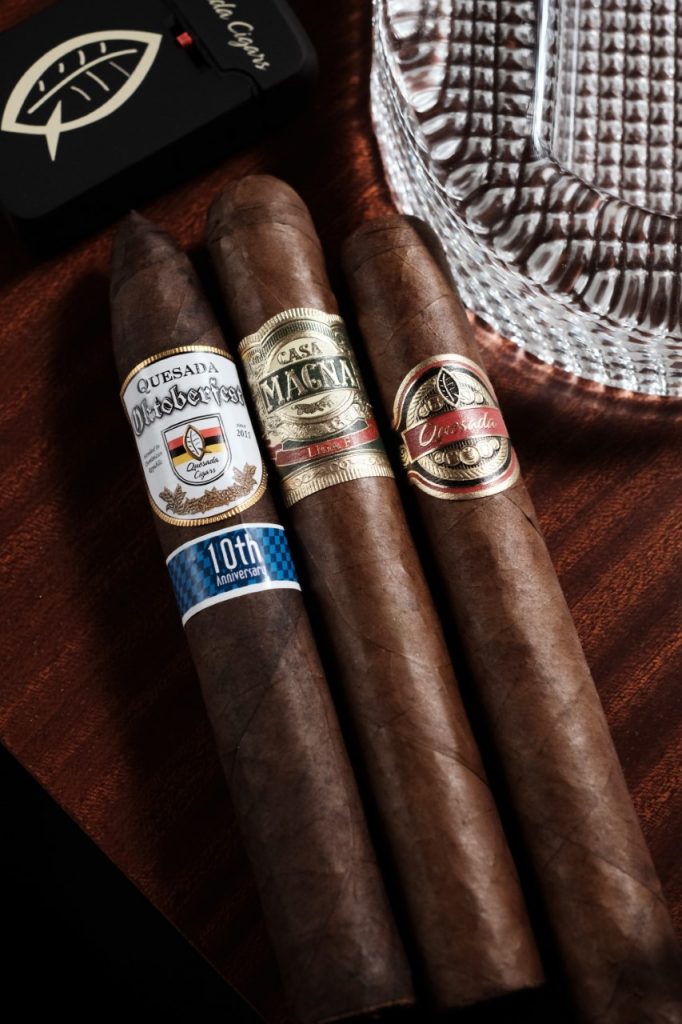 Quesada Cigars has announced it has begun shipping its 2021 products released at the PCA Trade Show to retailers. This includes Casa Magna Liga F, Oktoberfest 10th Anniversary, and the Quesada 1974 Toro.

The Casa Magna Liga F is being produced at the Quesada factory in the Dominican Republic. Liga F stands for Liga Fuerte “Strong” and that’s what Casa Magna Liga F is described as. The blend consists of a Sun Grown Corojo wrapper over a Dominican binder and a combination of Nicaraguan and Dominican fillers. It is available in four sizes.

The Oktoberfest 10th Anniversary celebrates ten years of Quesada’s Oktoberfest line. This is an annual release that was designed to be paired with a malt beverage. This years’s edition is also produced at the Quesada factory in the Dominican Republic. The blend for the Quesada Oktoberfest features a San Andres Mexican wrapper over Dominican binder and filler. It’s being released in three sizes that have been popular throughout the ten years of the Oktoberfest Series: Bavarian (5 1/2 x 52), Das Boot (6 x 52), and Uber (6 x 65). Each will be presented in ten-count boxes.

Finally the new Quesada 1974 Toro adds a 6 x 52 parejo into the lineup. The blend for the Quesada 1974 features an Ecuadorian wrapper over a Dominican binder and a combination of Dominican and Nicaraguan fillers. The Toro size will be presented in ten-count boxes. The Toro is the fifth vitola in the 1974 lineup.

For more information on these releases, refer to our 2021 PCA Reports: