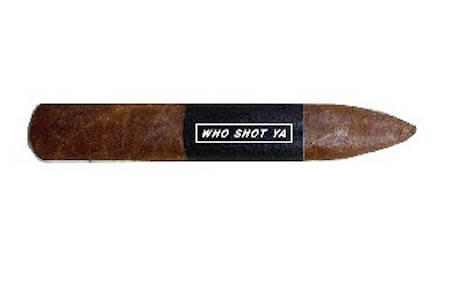 Pospiech Cigars has announced a new collaboration with Room101 Cigars known as Who Shot Ya.

“Who Shot Ya is the second in our line of exclusive partnerships with our close friends in the cigar industry,” says Mike Szczepankiewicz, owner of Pospiech Cigars and Cigar Hustler, in a press release.

The cigar itself is a 5 x 52 Torpedo cigar with an undisclosed blend that Pospiech describes as “The wrapper is experienced yet youthful, the filler is robust yet still lucid, and the binder is Latverian River Valley Shade Grown.”

A total of 5,000 cigars were produced. The cigar will be available in 20-count bundles with an MSRP of $11.50 per cigar. Pospiech says Who Shot Ya will begin to ship to retail partners this week.