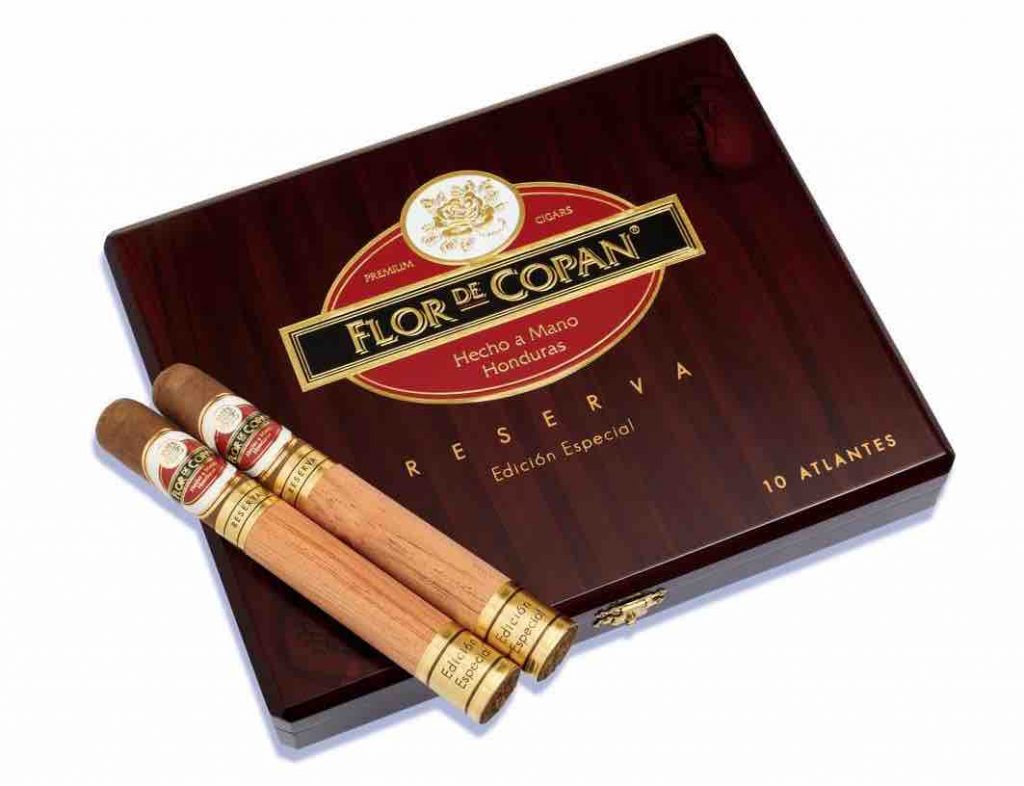 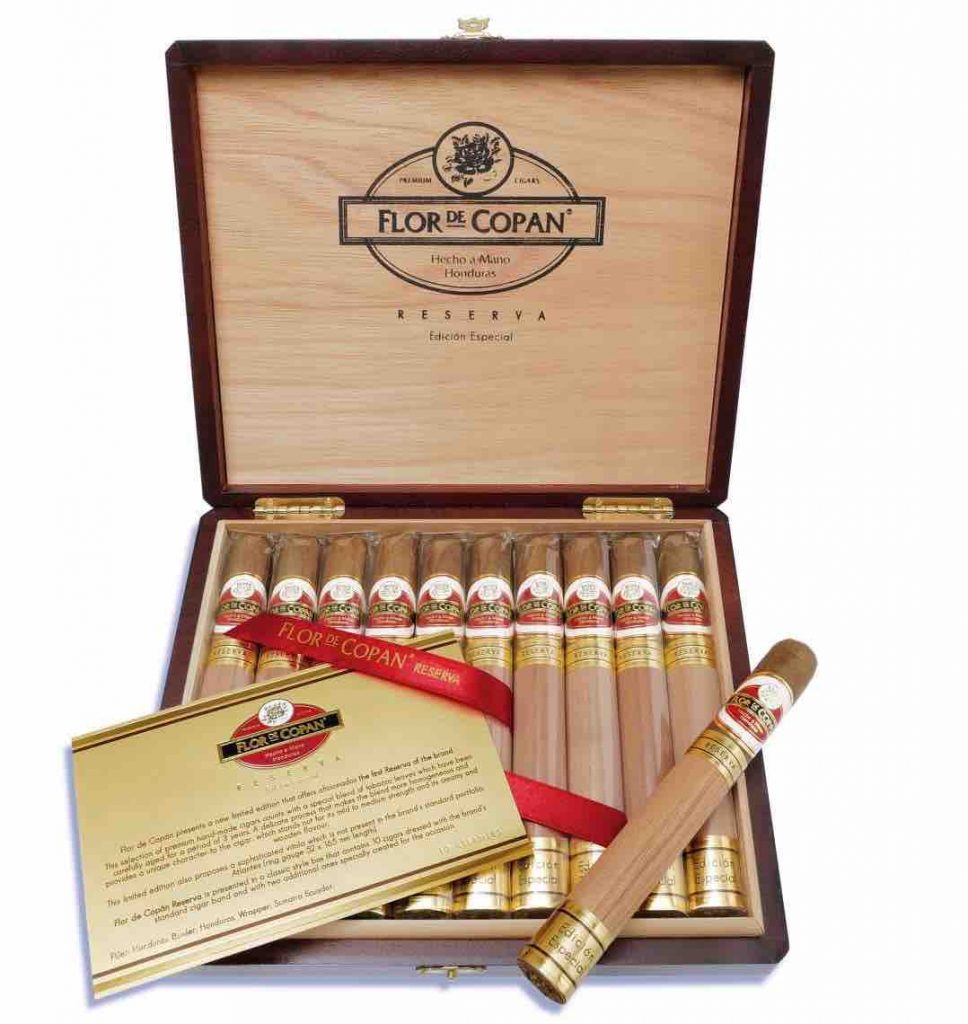 Flor de Copan consists of an Ecuadorian Sumatra wrapper over Honduran binder and filler. It contains tobaccos that have undergone an extra three years of aging. According to Tabacalera S.L.U., the aging process makes “the blend more homogeneous and provides a unique character to the cigar, which stands out for its mild to medium strength and its creamy and wooden flavour.”

The cigar comes in a size called Atlantes measuring 52 x 6 1/2.  The Atlantes is not currently found in Flor de Copán portfolio. The cigars are presented in ten-count boxes.