Agile Cigar Reviews are cigar assessments where we use a lightweight, shorter format. These will never take the place of our comprehensive reviews. They are only used on blends we have previously assessed. This might be a blend we are re-scoring or giving a score for the first time. It might be a blend we are looking at in a different size. Today we look at the 2021 release of the Yagua by J.C. Newman Cigar Company. This is a cigar previously assessed with the 2020 release back in October 2020. 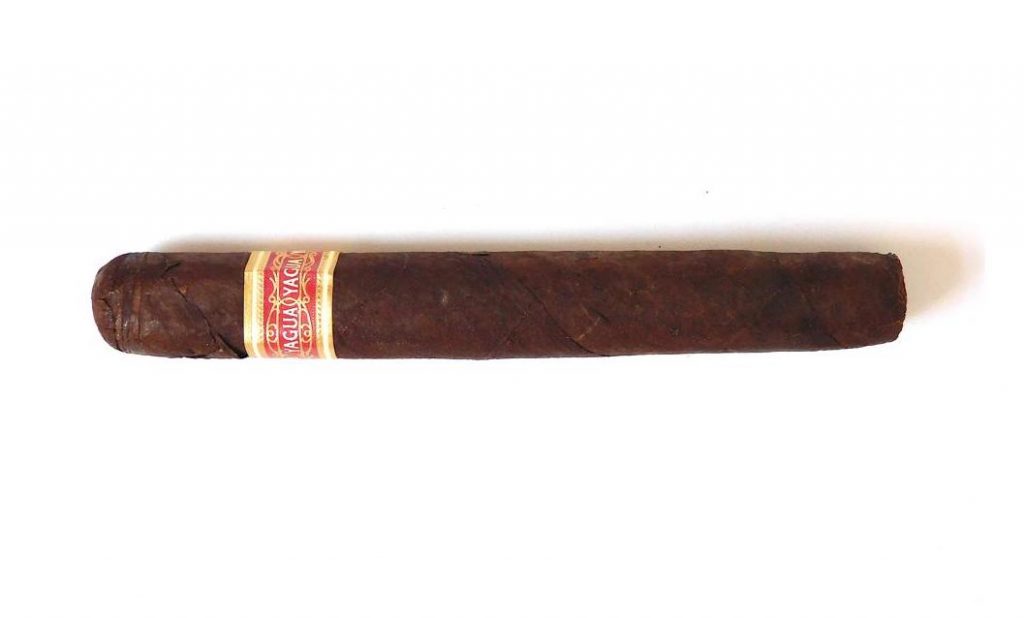 In 2020, J.C. Newman Cigar Company would introduce a project known as Yagua. What makes this cigar unique is that it is rolled without a cigar mold, but rather with the frond of a Yagua tree. The project was spearheaded by Drew Newman who became intrigued with the method when he heard a story from J.C. Newman PENSA factory manager Lazaro Lopez on how his grandfather would use this technique to make cigars. Yagua was first released in 2020.  Back toward the end of the Summer of 2021, J.C. Newman would bring back the Yagua for a second run. Today, we take a closer look at the 2021 release of the Yagua.

The technique used to make Yagua is based on a century-old method from Cuba. At the time Yagua was released, Lazario Lopez provided more context on this technique:

“At our family farm, my grandfather would take fresh tobacco leaves from the curing barns and roll cigars without any molds or presses. In an attempt to give his cigars a traditional shape, he would tie a handful of them together using pieces of the Cuban royal palm tree, known as the yagua. When he was ready to enjoy his personal cigars, he untied the bundle. He loved how every cigar had its own unique shape. I still remember the rich aroma and taste of my grandfather’s cigars. Today, I’ve recreated Yagua, rolling them exactly how my grandfather did a century ago.”

For the Yagua release, the packaging for the cigars reflected the technique used. The cigars were bundled 20 at a time, still tied together using a yagua leaf.  The tied bundle was packaged inside a crate. A total of 2,000 crates were released for 2021. 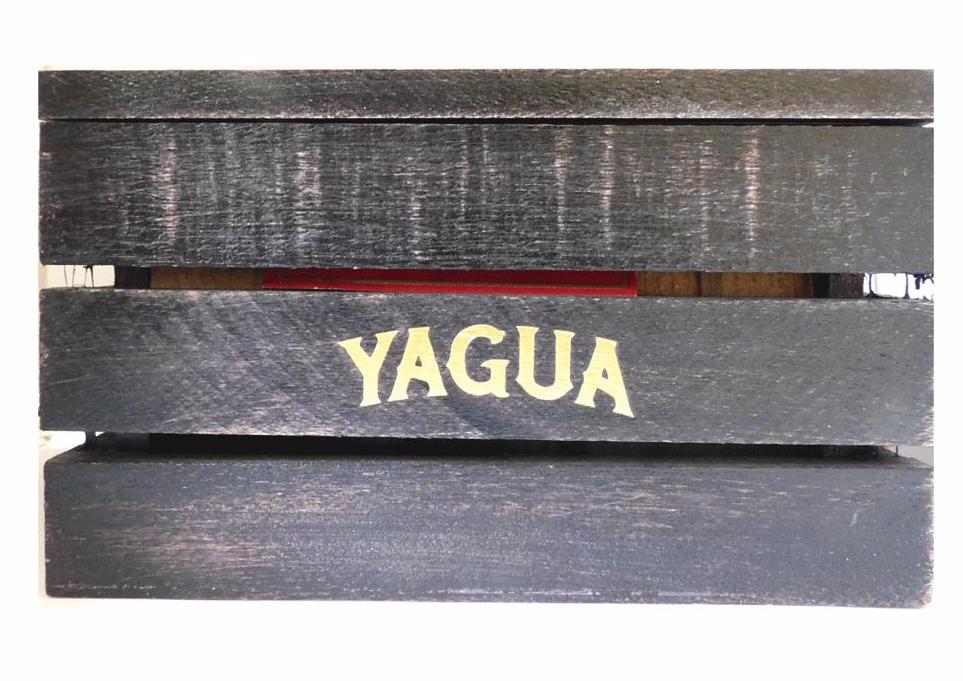 Yagua Box. Note: Photo used is from the 2020 release, the 2021 release was identical in terms of packaging 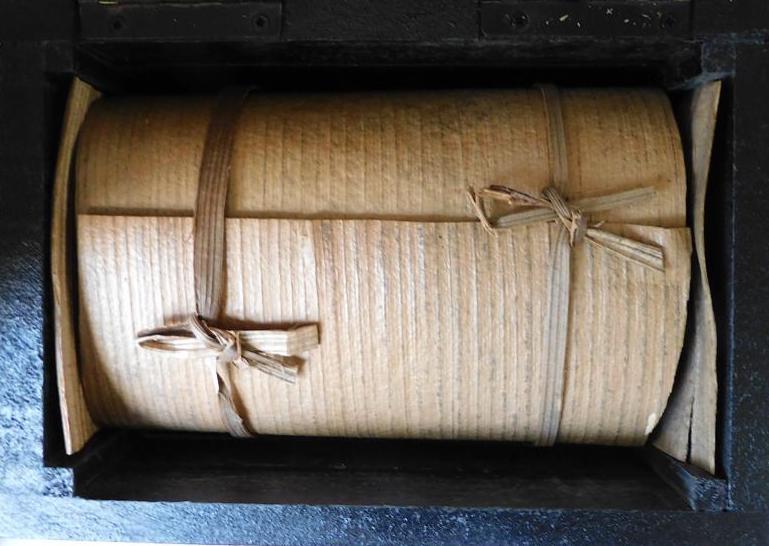 Yagua Bundle. Note: Photo used is from the 2020 release, the 2021 release was identical in terms of packaging 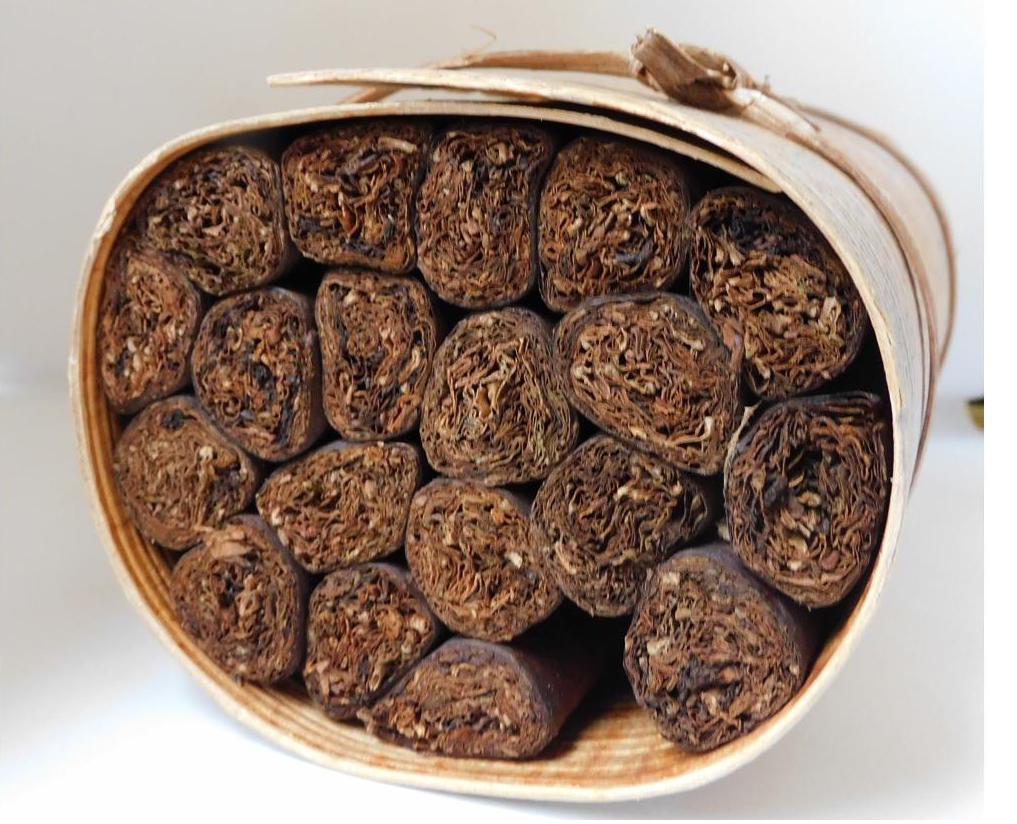 Side view of the Yagua packaging (Bottom View) – Note: while there are normally 20 cigars packaged, one was removed prior to photography. This is also a photo from the 2020 release

To get a closer idea of the packaging, we filmed an unboxing video in 2020:

The blend for the 2021 Yagua release remains the same as the 2020 edition. The cigar features a Connecticut Broadleaf wrapper over Nicaraguan binder and fillers. The wrapper itself is slightly under-fermented and then aged for a full year. The vitola itself is a 6 x 54 Toro – which is also the same size as the 2020 edition. The technique used to bunch the Yagua presses each cigar into a slightly different shape.

The 2021 Yagua started out with notes of mocha, earth, and red pepper. Mocha is a term I use in cigar reviews where there is a fusion between coffee and chocolate. Early on the mocha fusion split between separate and distinct coffee notes. The coffee and chocolate notes alternated in intensity during the first third and some cedar notes joined the earth and red pepper as secondary notes. By the second third, the coffee took over as the primary note. Some black pepper was mixed in with the red pepper. Toward the final third, there was a slight increase in bitterness in the coffee notes as well as a slight increase in the pepper notes.

The flavors delivered by the 2021 edition of the Yagua were medium-bodied and this was countered by medium strength. The burn did require touch-ups at times to maintain a straight path and straight burn line. These touch-ups were slightly more frequent than I prefer. The draw was slightly tighter than I prefer.

For the 2020 release, I had pulled apart the bundle and dry-boxed the cigars before putting them in my humidor. This had alleviated problems from being wet and having a tight draw. For the 2021 release, the bundle was pulled apart on receipt of these cigars, but the cigars were immediately put into the review humidor.

For the most part, when it came to flavor, the 2021 edition of the Yagua maintained a lot of characteristics of the 2020 edition. It had rich coffee notes rounded out with sweetness or spice. The variance in sizes did produce some variances in the cigar itself, but the core flavors were the same. The 2021 still had a lot of ruggedness and grittiness to it, but maybe was a little less “rough around the edges.” In the end, this is a cigar I’d still recommend to any cigar enthusiast. It is also a cigar I would buy and smoke again.