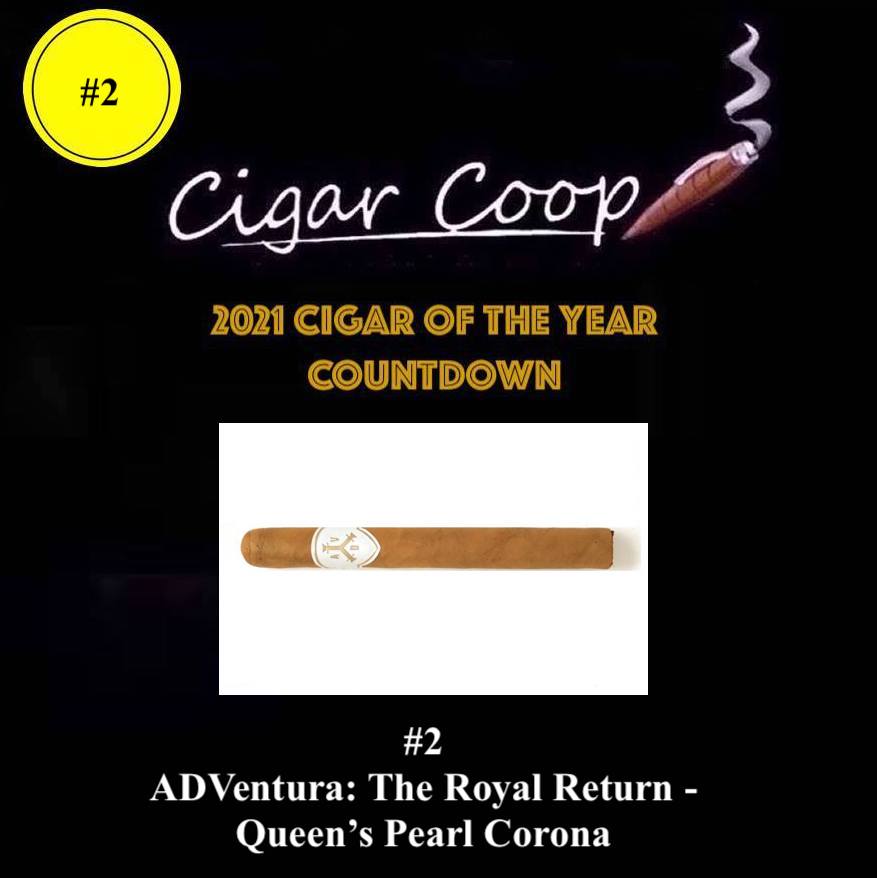 Coming in at #2 is the ADVentura The Royal Return – Queen’s Pearls Corona. ADVentura Cigars, the flagship brand of ADV & McKay Cigars Co, is a joint venture owned by Henderson Ventura and Marcel Knobel. Henderson Ventura is best known for running the Tabacalera William Ventura factory. A few years ago, he teamed with Knobel to launch ADVentura Cigars. The brand’s theme is The Age of Exploration. In 2020, they released a two-blend series under the name The Royal Return. One was a Connecticut Broadleaf known as King’s Gold and one was a Connecticut Shade offering called Queen’s Pearls. Both were highly rated blends on Cigar Coop, but it was the Queen’s Pearls Corona that really shone.

The Royal Return – Queen’s Pearls Corona is an Ecuadorian forward blend. It not only features an Ecuadorian Connecticut wrapper, it also has an Ecuadorian binder and Ecuadorian tobaccos in the filler. The filler also incorporates Dominican and Nicaraguan tobaccos. According to ADVentura Cigars, the tobaccos used have five years of age, and the rolled cigars have been aging for four months. ADVentura says the tobaccos go through a special fermentation process to give them a lighter profile. The Corona is a 44 x 6 size and production comes from Tabacalera William Ventura in the Dominican Republic. 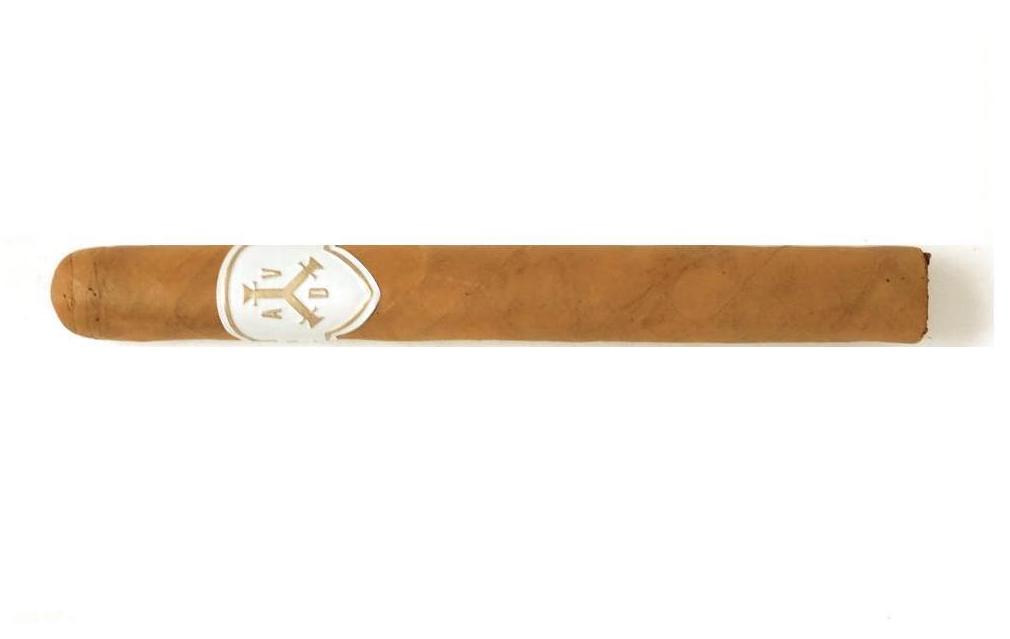 In the end, this is a wonderful classic old-school Connecticut and was easily the top Connecticut Shade cigar assessed on Cigar Coop over the past year.

The Queens Pearl Corona lands ADVentura Cigars on the Countdown for the first time in a big way. It’s also the third cigar from the Dominican Republic to land on the 2021 Countdown.