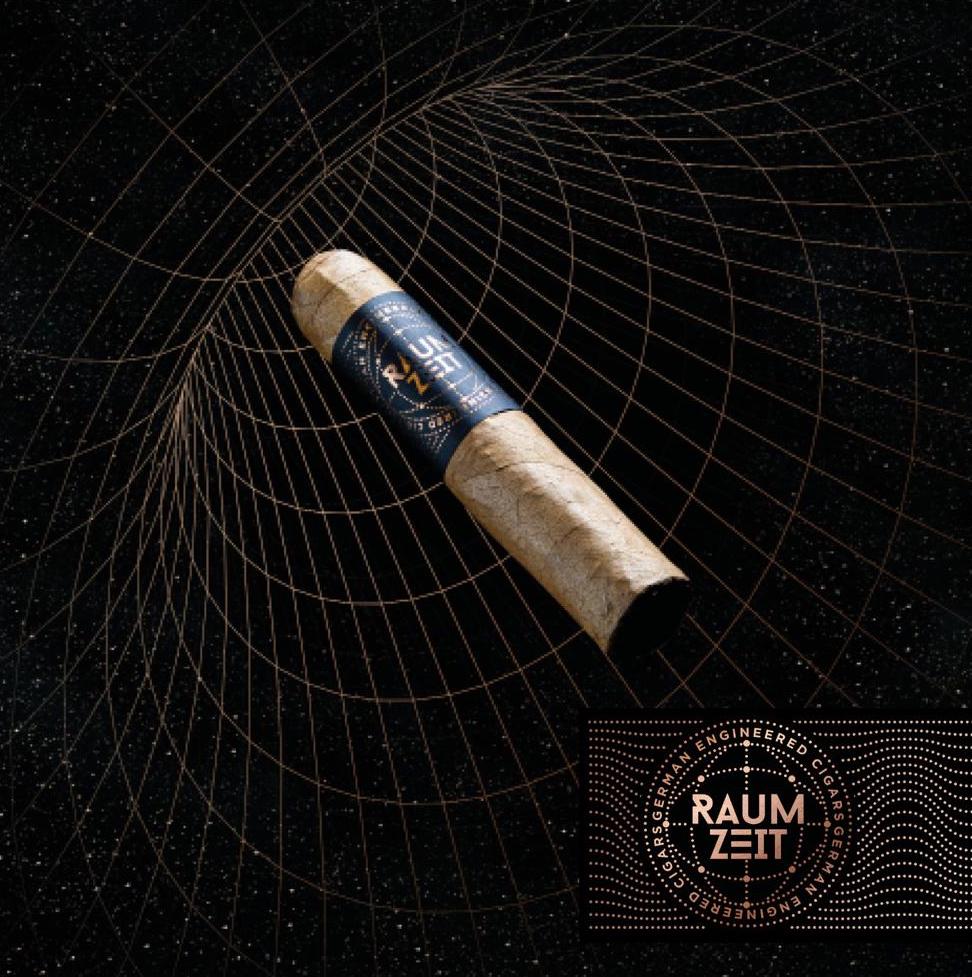 German Engineered Cigars has announced its second regular production blend, and first done in conjunction with Claudio Sgroi. The cigar is called Raumzeit and it will make its debut at the Tobacco Plus Expo (TPE) 2022 which is scheduled to open on January 26, 2022, in Las Vegas, Nevada.

Raumzeit is the German name for space-time. The company describes the cigar as a mild to medium offering which   “a fantastic immersion in aromatic complexity and engineered perfection makes space and time become irrelevant.”

Produced at Tabacalera Tambor in Estelí, Nicaragua, Raumzeit features a Nicaraguan-grown Connecticut seed wrapper, Indonesian Sumatra binder, and fillers from the Jalapa region in Nicaragua as well as Dominican Piloto tobacco. It will be sold in three sizes (Half Corona, Robusto, and Gran Toro). Each will be sold in 20 count bundles, but the Robusto and Toro will also sell in boxes).

Claudio Sgroi is best known as the President and Master Blender at Mombacho Cigars. Last year Sgroi departed Mombacho and started his own consulting company, CST Consulting. In September German Engineered Cigars announced a partnership with Sgroi where he would work on the development of two new blends.

At a glance, here is a look at Raumzeit: