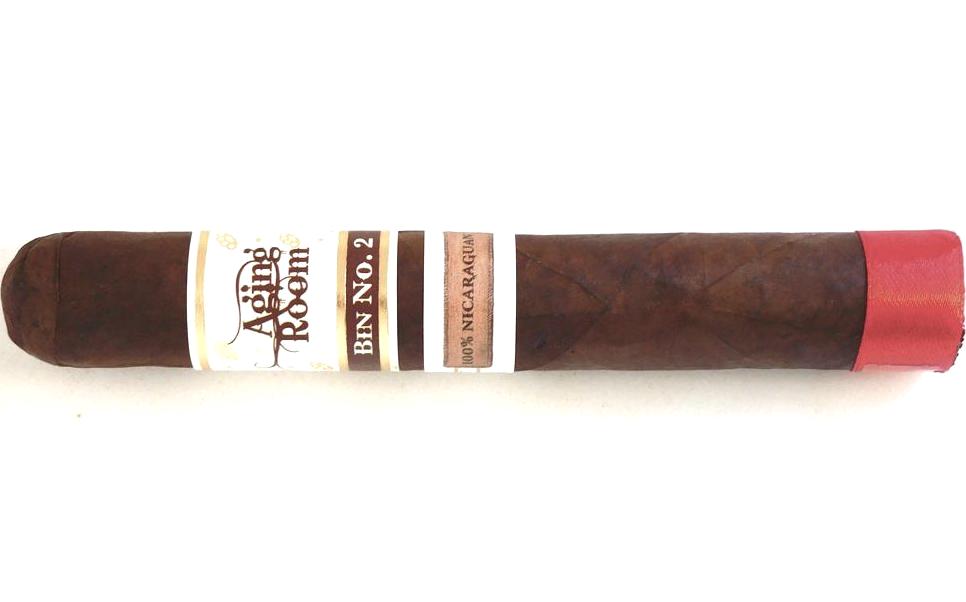 In 2019, Boutique Blends Cigars’ released the Aging Room Bin No. 2 line. As the name indicates, “Bin No. 2”  is a follow-up to another release, the Aging Room Bin No. 1. The original Bin No. 1 was made in the Dominican Republic at Tabacalera Palma by Jochy Blanco. The Bin No. 1 got its name from an area at Tabacalera Palma that contained rare and aged tobaccos. The Bin No. 2 is a very different cigar. It comes from Nicaragua, and it’s produced at the Plasencia factory. In this case, what is different about the Bin No. 2 is that it incorporates Nicaraguan tobaccos from the island of Ometepe (a volcanic island located in Lake Nicaragua) into the blend. Today, we take a closer look at the Aging Room Bin No.2 in the C Major (Toro) size.

As for distribution for Boutique Blends, it is handled by Altadis USA where Boutique Blends co-owner Rafael Nodal also serves as Director of Product Capability.

Without further ado, let’s turn our attention to the Aging Room Bin No. 2 C Major and see what this cigar brings to the table.

The Aging Room Bin No. 2 consists of 100% Nicaraguan tobaccos. As mentioned, the blend is highlighted by Ometepe tobacco

There are three sizes in the Aging Room Bin No. 2 line. Each size is presented in 20-count boxes.  As with many Aging Room Cigars, the vitolas have musical names.

The Nicaraguan wrapper of the Aging Room Bin No. 2 C Major had a chocolate brown color. The wrapper also had a light sheen of oil on it. On the surface, there was also a slight amount of mottling. There were some thin visible veins and the dark wrapper did a good job at hiding most of the wrapper seams.

The secondary band of the Aging Room Bin No. 2 also had a white-colored background. On that band was a dark panel with the text “100% NICARAGUAN” in dark font. There were also horizontal gold stripes to the left and right of the brown panel.

Finally, toward the footer of the cigar, there was a red ribbon going around the cigar.

Prior to lighting up the Aging Room Bin No. 2 C Major, a straight cut was used to remove the cap. Once the cap was removed, it was on to the pre-light draw experience. The cold draw delivered notes of cocoa, earth, and a slight fruit note. Overall this was a satisfactory pre-light draw. At this point it was time to remove the footer ribbon, light up the Aging Room Bin No. 2 C Major cigar and see what the smoking experience would have in store.

The Aging Room Bin No. 2 C Major continued where the pre-light draw left off. This included cocoa and earth notes in the forefront and a mixed fruit note secondary. As the cigar moved through the first third, a light black pepper note joined the mixed fruit in the background. The retro-hale delivered an additional layer of black pepper.

As the Aging Room Bin No. 2 C Major entered the second third, the earth notes displaced the cocoa as the sole primary note. The cocoa joined the mixed fruit and pepper notes in the background. Meanwhile, there was a gradual increase in the pepper. The cocoa note contained to diminish and was replaced by a natural tobacco note. By the time the cigar crossed the midway point, the natural tobacco increased and would eventually join the earth notes in the forefront.

There wasn’t much change in the last third. The natural tobacco and earth notes remained primary. The pepper and fruit notes were secondary. As the Aging Room Bin No. 2 C Major came to a close, the resulting nub was soft to the touch and cool in temperature.

The Aging Room Bin No. 2 C Major did maintain a straight burn path but required frequent touch-ups to maintain it. The burn line was wavy throughout the smoking experience. The resulting ash was mostly silver-gray with a few dark streaks. This was an ash that was skewed toward the firmer side. As for the burn rate and burn temperature, both maintained ideal levels. 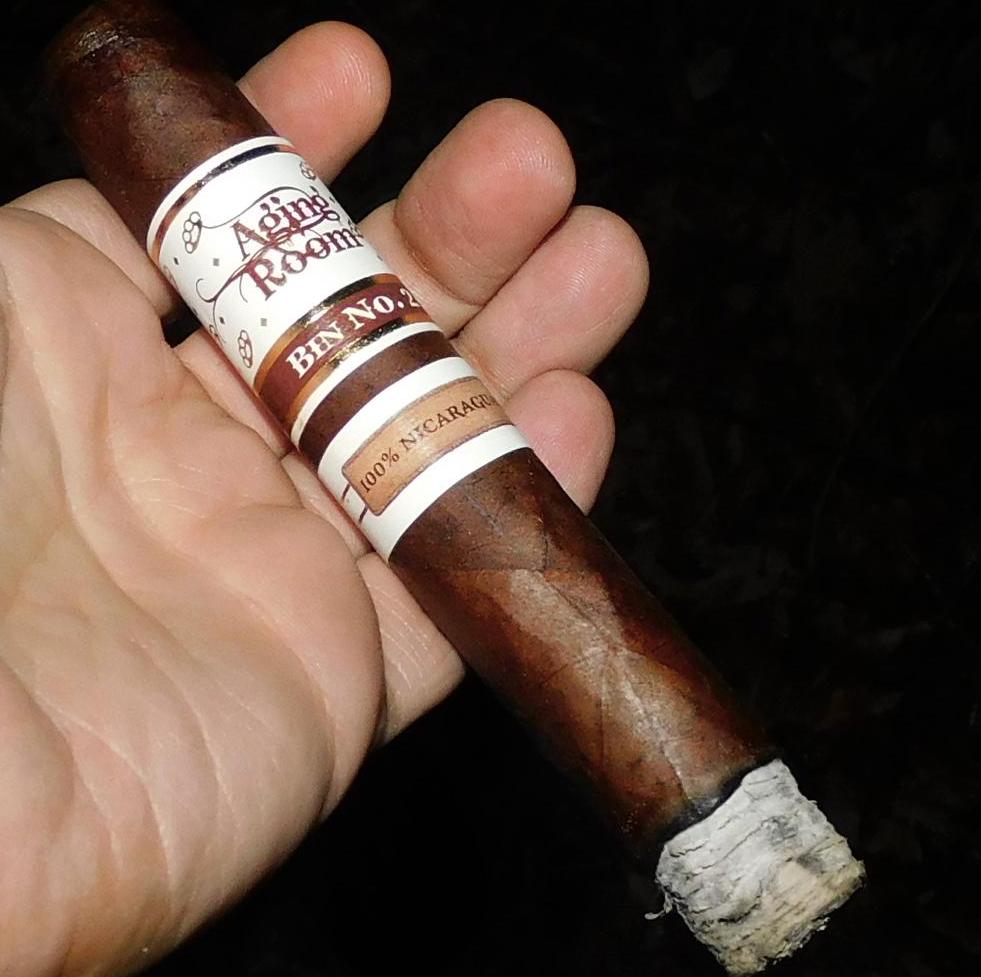 Burn of the Aging Room Bin No. 2 C Major

The draw to the Aging Room Bin No. 2 C Major performed very well. This was a cigar that had a touch of resistance to it – which is something I look for on a draw. At the same time, this was a low-maintenance cigar to derive flavor from.

The Aging Room Bin No. 2 C Major started out medium strength and medium-bodied – and remained in that range for the duration of the smoking experience. There wasn’t much in the way of variance of the intensity of the strength and body. At the same time both the strength and body balanced each other out with neither attribute overshadowing the other.

I will admit, when I heard the Aging Room Bin No. 2  was an Ometepe-forward blend, I was a bit concerned this would be completely out of my wheelhouse. The reason is I’ve had some blends with Ometepe that have proven to be too harsh for me. This proved not to be the case with the Aging Room Bin No. 2 C Major as the harshness I was expecting never surfaced. In the end, I found a flavorful and well-balanced cigar that was quite enjoyable. It’s certainly a cigar I could recommend to any type of cigar enthusiast. As for myself, it’s one that I would buy and smoke again.