Agile Cigar Reviews are cigar assessments where we use a lightweight, shorter format. These will never take the place of our comprehensive reviews. They are only used on blends we have previously assessed. This might be a blend we are re-scoring or giving a score for the first time. It might be a blend we are looking at in a different size. Today we look at the Aganorsa Leaf Supreme Leaf Torpedo. This is a cigar previously assessed in the core line back in December 2021 in the Corona Gorda size. 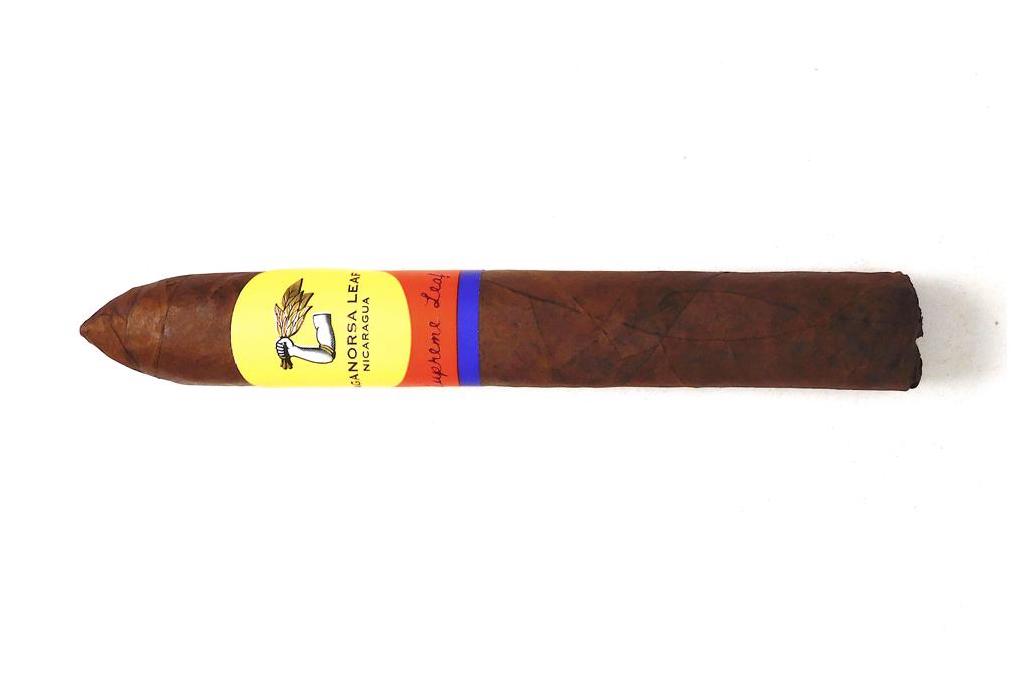 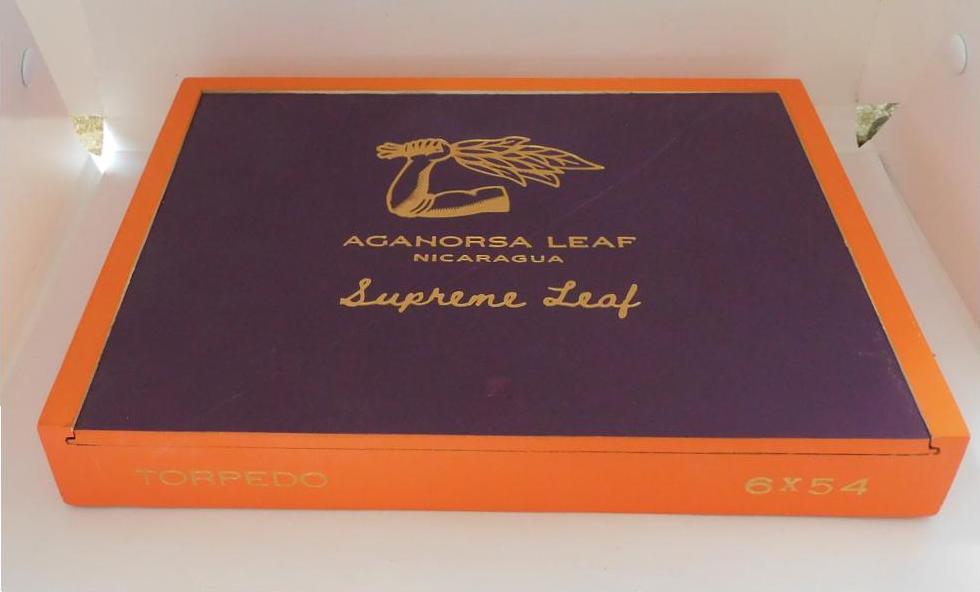 The Aganorsa Leaf Supreme Leaf consists of 100% Nicaraguan tobaccos from the Aganorsa farms. The blend is described as Corojo ’99 dominant. Production is handled at the company’s TABSA factory in Estelí, Nicaragua. The Torpedo measures 6 x 54. An allocation of 2,500 ten-count boxes was produced of the Corona Gorda. Each release of the Supreme Leaf has focused on a particular size. Prior releases of the Supreme Leaf were Robusto (5 x 52), Toro (6 x 54), and Corona Gorda (6 x 46) size.  Recently Aganorsa Leaf has announced it is releasing a Robusto in a slightly different size (5 x 54). 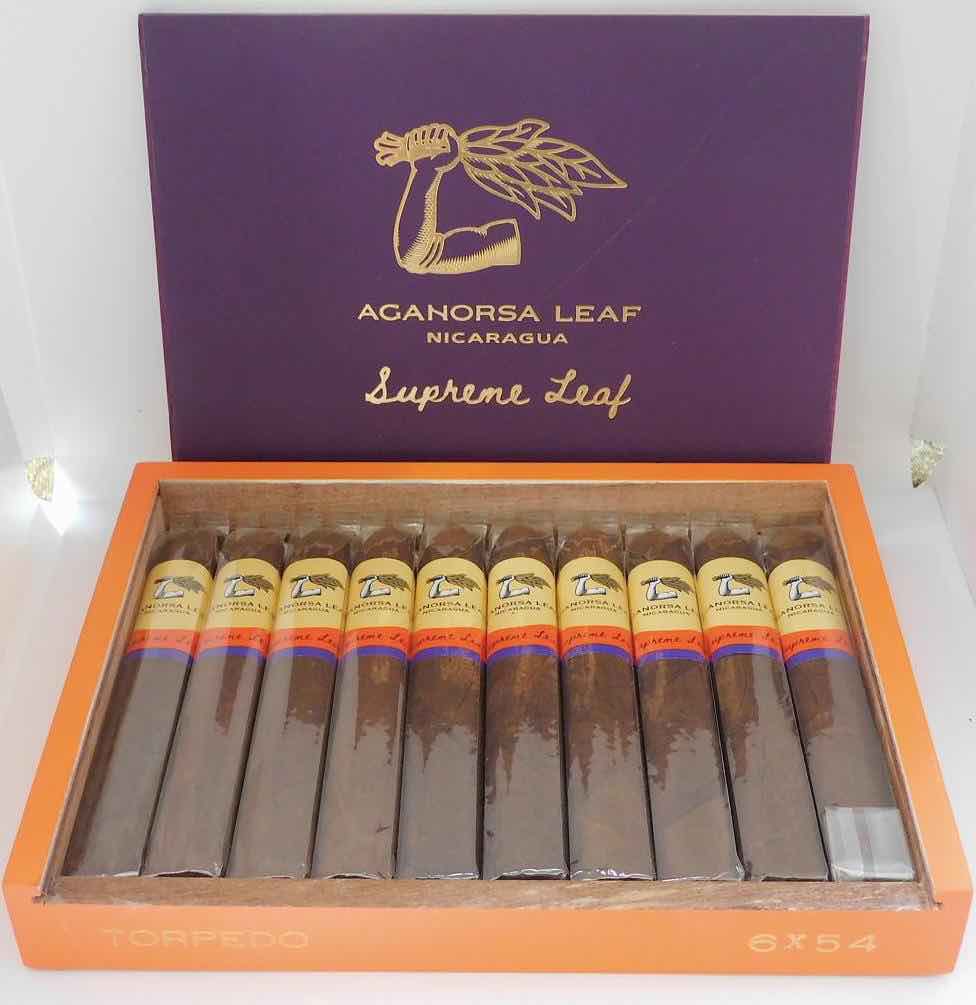 The Supreme Leaf Torpedo opened up with notes of bread, earth, orange-rind citrus, and a slight cream note. The bread and citrus became primary early on. As the cigar moved through the early stages there was a black pepper note that emerged on the tongue. The retro-hale produced additional layers of pepper and citrus. During the second third the citrus notes diminished and cream notes dissipated. The earth and pepper notes increased with earth notes replacing the citrus in the forefront. The last third saw primary notes of bread and earth with notes of citrus and pepper rounding things out. 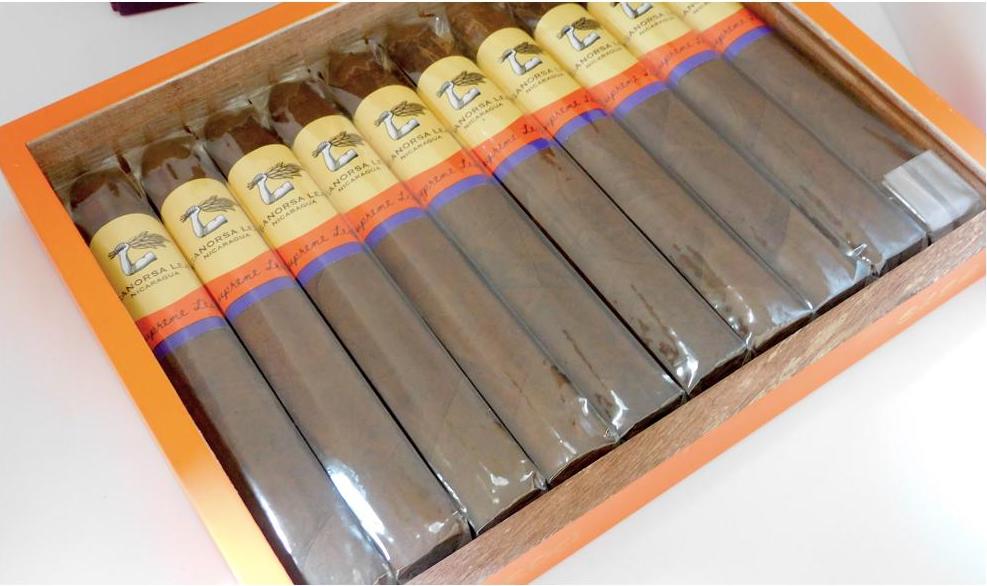 The flavors delivered by the Supreme Leaf Corona Gorda started as medium-bodied and just before the final third, they progressed into medium to full territory. These flavors were countered by medium strength. The burn required minimal touch-ups to maintain a straight burn path and straight burn line. As for the draw, it was on the tighter side. While normally I prefer some resistance, this was tighter than I prefer.

If I was keeping score of the vitolas of the Aganorsa Leaf Supreme Leaf, I still would put the original Robusto release at the top of the list. The Torpedo delivered nice flavors, but it seemed to have less in the way of complexity. Much like the other sizes, I put some age on the cigar. The Torpedo had seven months of age on it. When I put nine months of age on the Robusto, the cigar improved at a great level. In my experience with the Corona Gorda which also had seven months of age on it, I didn’t see the Torpedo go to the next level. This is still not an inferior cigar, but if I had my way – I’d reach for that original Robusto size time and time again.

Back in September, Ben Lee of The Smoking Syndicate and Cigar Coop assessed the Aganorsa Leaf Supreme Leaf Torpedo and gave it a 91.