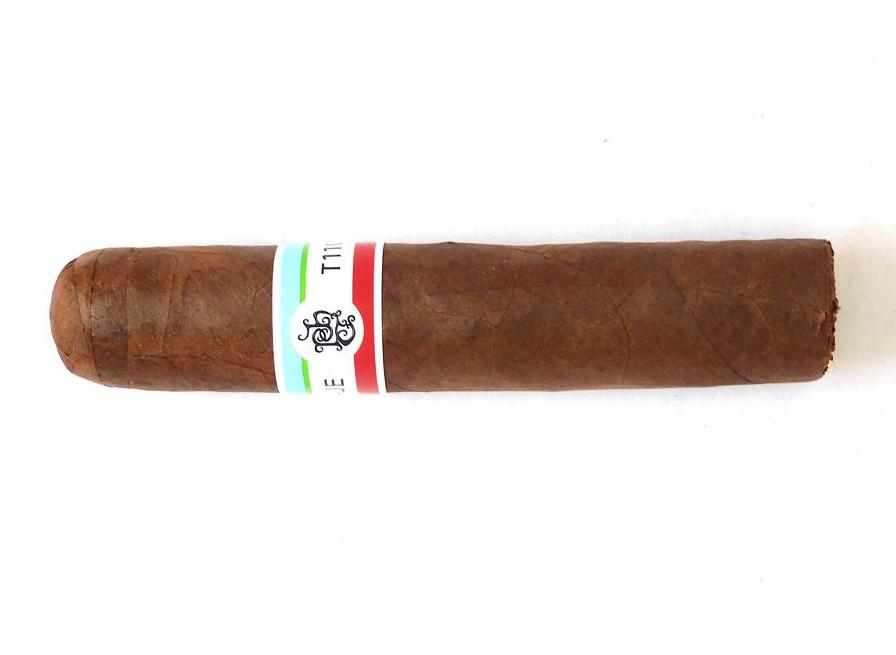 Once upon a time, shop exclusive cigars were truly special. One of the companies that made it “cool” to shop exclusive cigars was Tatuaje Cigars. In 2005, Tatuaje would release a cigar known as the Tatuaje T110 as a limited edition shop exclusive to R. Field Wine & Co in Honolulu, Hawaii. Over the years, many Tatuaje shop exclusive cigars have achieved cult status, and the T110 is certainly one of those cigars that would fall into that category.  The T110 is believed to to mean Thermonuclear 110 with 110 being the approximate length of the cigar in mm). The “thermonuclear” referred to the fact that this was a powerhouse blend featuring high priming tobaccos.  The success of the 2005 release led Tatuaje to create the Tatuaje Fausto line, a blend that is said to be based on the T110. Despite the success of Fausto, T110 did not shed its cult status. All of that would change in 2021, when the Tatuaje T110 would make its return. First it was released again to R. Field Wine & Co, then an allocation was offered to those retailers attending the 2021 PCA Trade Show. Today we take a closer look at the 2021 release of the Tatuaje T110.

Now without further ado, let’s break down the Tatuaje T110 Reserva and see what this cigar brings to the table:

Aside from the Ecuadorian Habano wrapper, the Tatuaje T110  consists of all-Nicaraguan tobaccos. Production is handled out of the My Father Cigars factory in Estelí, Nicaragua. 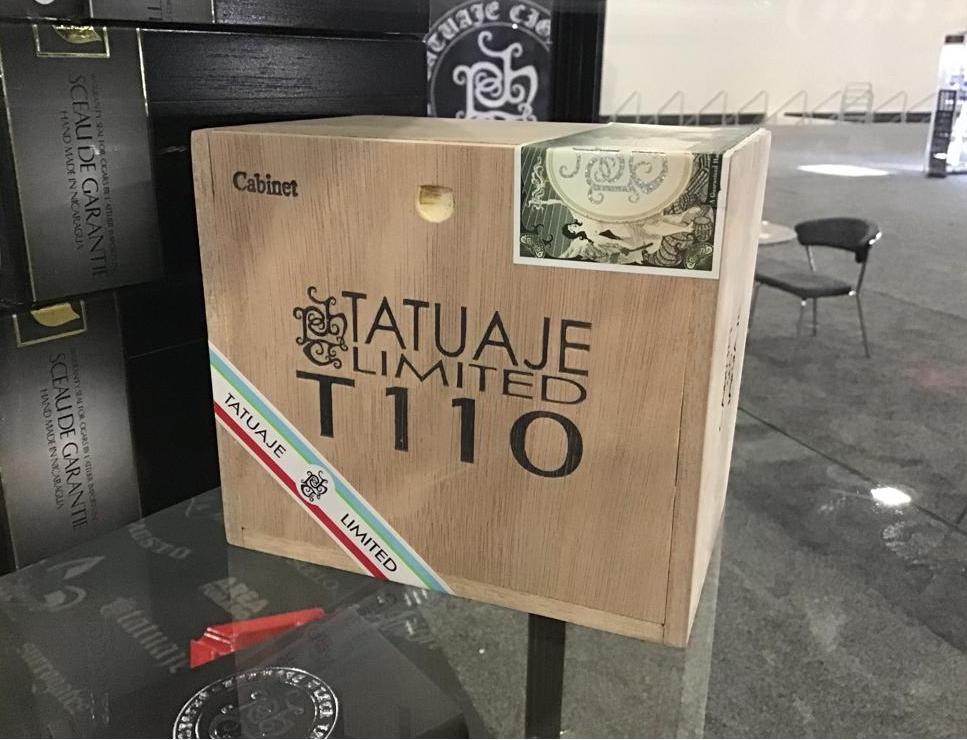 The band of the Tatuaje T110 is similar to the bands seen on many of the company’s limited editions. This includes a blue stripe at the top, a thin green stripe just below that, a white stripe in the middle, and a red stripe just below that. In the middle of the band is the Tatuaje “tattoo” logo. To the left of the tattoo logo is the text “TATUAJE” in black font. To the right of the tattoo logo is the text “T110” – also in black font. The edges of the band have white trim.

A straight cut was used to remove the cap of the Tatuaje T110. Once the cap was removed it was on to the pre-light draw phase. The cold draw delivered notes of natural tobacco, nut, cocoa, and a slight tingly spice. Overall this was an excellent pre-light draw – and it was as good a pre-light draw I have had on any Tatuaje cigar. At this point, it was time to light up the Tatuaje T110 and see what the smoking experience would have in store.

The Tatuaje T110 started out with notes of natural tobacco, black pepper, earth, and nut. There was a short blast of pepper on the onset, then the pepper was strong on the retro-hale during the early stages. As the cigar moved through the first third, there was an inherent sweetness to the natural tobacco notes. The pepper subsided on the tongue and on the retro-hale. The pepper would join the nut and earth notes in the background.

There wasn’t much change in the final third of the smoking experience. The natural tobacco notes (which had shed most of their sweetness) and earth still were primary. The pepper notes were a close secondary note while the nut notes were more distant. This is the way the Tatuaje T110 came to a close. The resulting nub was firm to the touch and cool in temperature.

The Tatuaje T110 required some touch-ups to maintain a straight burn path and straight burn line. The touch-ups did the trick, but there were slightly more touch-ups than I prefer. The resulting ash was firm and charcoal in color. The burn rate and burn temperature maintained ideal levels from start to finish. 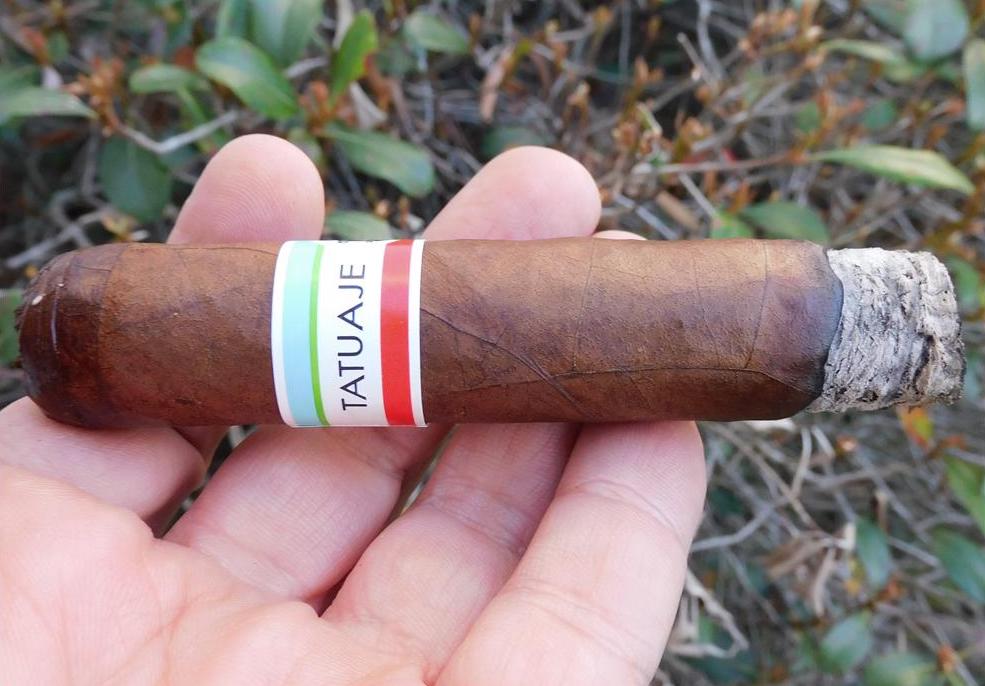 Burn of the Tatuaje T110

The Tatuaje T110 had what Ben Lee refers to as the “milkshake” draw – a slight amount of resistance to it. This makes for an ideal experience. At the same time, this was not a difficult cigar to derive flavor from.

One thing that surprised me a bit was that I didn’t get a powerhouse nicotine bomb on the Tatuaje T110. The T110 started out with medium to full strength. There was a slight increase in strength, but it still remained in the medium to full range. The body started out medium to full and fell a slight note following the pepper blast at the beginning. From that point, there also was a nominal increase in the intensity level.

Throughout the smoking experience, when comparing strength and body the intensity levels remained relatively close – and neither attribute overshadowed the other one.

While flavor-wise I enjoyed the Tatuaje T110, this cigar came with some high expectations and it did fall short of them. First up, this wasn’t the “thermonuclear” powerbomb I was expecting. While the cigar still had some kick when it came to strength and body, the kick wasn’t quite as intense as I was expecting. This cigar was reviewed with about seven months of age on it, so it’s possible it mellowed a bit. Secondly, while the flavors were good, this wasn’t the complex cigar I had come to expect. I found a very linear experience from start to finish. In the end, the flavors were still good enough to put a check mark on this cigar to buy and smoke again (assuming it can be found). While not the “thermonuclear” power-bomb, I still would gear this to the more experienced cigar enthusiast.