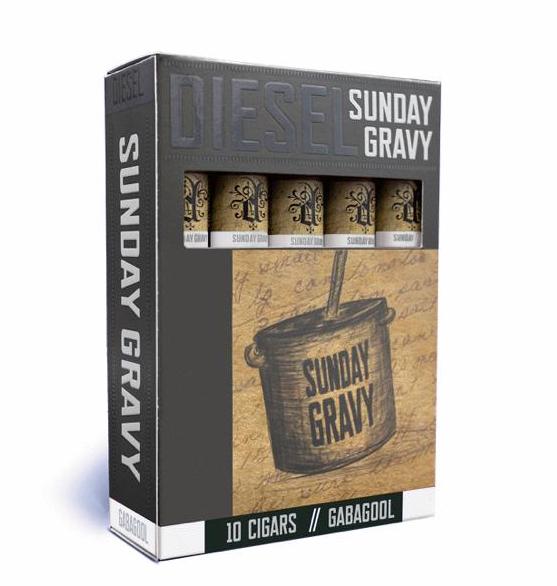 It’s a blend by AJ Fernandez and Justin Andrews featuring an Ecuadorian Sumatra wrapper, Connecticut Broadleaf binder, and Nicaragua Estelí filler. It comes in one size: a 5 1/4 x 45 Lonsdale packaged in ten-count boxes with each cigar priced at $4.99.

In a press release, Justin Andrews said, “When AJ and I blended Gabagool, we wanted to change things up a bit. We intentionally stayed away from power on this cigar and instead delivered on the palate. This blend is an experience. There’s a lot of complexity with Gabagool…you get many different notes when you smoke this blend. We’re really happy with the way this cigar smokes, and expect it to sell out fast.”

Diesel Sunday Gravy Gabagool will ship to retailers on April 1, 2022 and be available through the end of May 2022, or until the cigars are sold out.

At a glance, here is a look at Diesel Sunday Gravy Gabagool: