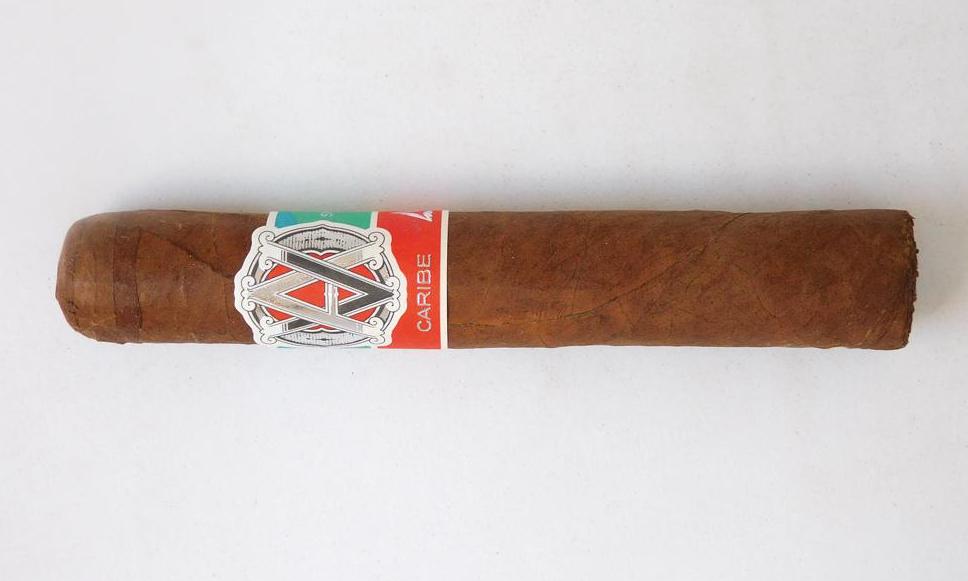 In 2021, Davidoff Cigars would introduce a new regular production line under its AVO brand known as the AVO Syncro Caribe. The Caribe is the fourth blend to be installed under the AVO Syncro pillar. The AVO brand draws its inspiration from the late Avo Uvezian’s musical roots. The name “Syncro” is a play on the theme of synchronization in music and in the case of the Syncro blends, this resolves around synchronization of tobacco. The AVO Syncro Caribe is a blend that focuses on the characteristics of the Caribbean region. The cigar showcases a blending process Davidoff is calling “Natural Distribution.” This is when the proportions of the tobaccos on any given plant are perfectly matched in the blending process. In other words, the ratios of tobaccos from each priming are matched in the blend in all vitolas. Today we take a closer look at the AVO Syncro Caribe in the Robusto.

Without further ado, let’s break down the AVO Synco Caribe Robusto and see what this cigar brings to the table.

As far as “Caribe” (Caribbean Region) tobaccos got, the AVO Syncro Caribe utilizes Dominican grown tobaccos for the wrapper and as a part of the filler. The remainder of the blend utilizes an Ecuadorian binder and Nicaraguan tobaccos incorporated into the fillers. Production is handled at Davidoff’s OK Cigars factory in the Dominican Republic.

The AVO Synco Caribe is available in three sizes. Each is presented in 20-count boxes.

The Dominican wrapper of the AVO Syncro Caribe Robusto had a cinnamon color to it. This was a wrapper that did not have much in the way of oil on the surface. There was a silky complexion to the wrapper with a slight amount of ruggedness. This included some visible veins and thin wrapper seams.

Prior to lighting up the AVO Syncro Caribe Robusto, a straight cut was used to remove the cap of the cigar.  Once the cap was removed, it was time to commence the pre-light draw.  The cold draw delivered notes of wood, citrus, and earth. Overall this was a satisfactory pre-light draw. At this point, it was time to light up the AVO Syncro Caribe Robusto and see what the smoking experience would have in store.

The AVO Syncro Caribe Robusto started out with notes of earth, cream, wood, chocolate, and a mix of red and white pepper. The earth notes quickly moved into the forefront with the cream, wood, chocolate, and pepper settling into the background. As the cigar moved through the first third some subtle citrus notes entered into the background. Meanwhile, the retro-hale produced an additional layer of red pepper and wood.

The second third of the AVO Syncro Caribe Robusto saw bread notes emerge and join the earth in the forefront. Meanwhile the citrus, cream, wood, and pepper remained in the background. The chocolate notes diminished quickly and by the midway point had dissipated. During the second third, the pepper notes slowly began to increase.

The final third saw the earth and bread notes remain primary. The pepper notes closed in on the forefront but did not quite make it there. Meanwhile the citrus, cream, and wood notes rounded out the flavor profile. This is the way the AVO Syncro Caribe Robusto came to a close. The resulting nub was soft to the touch and cool in temperature.

The AVO Syncro Caribe Robusto required frequent touch-ups to maintain a straight burn path and straight burn line. The touch-ups became more frequent as the smoking experience progressed. The resulting ash was silver-gray. This was an ash that was on the firm side. Meanwhile, the burn rate and burn temperature maintained ideal levels. 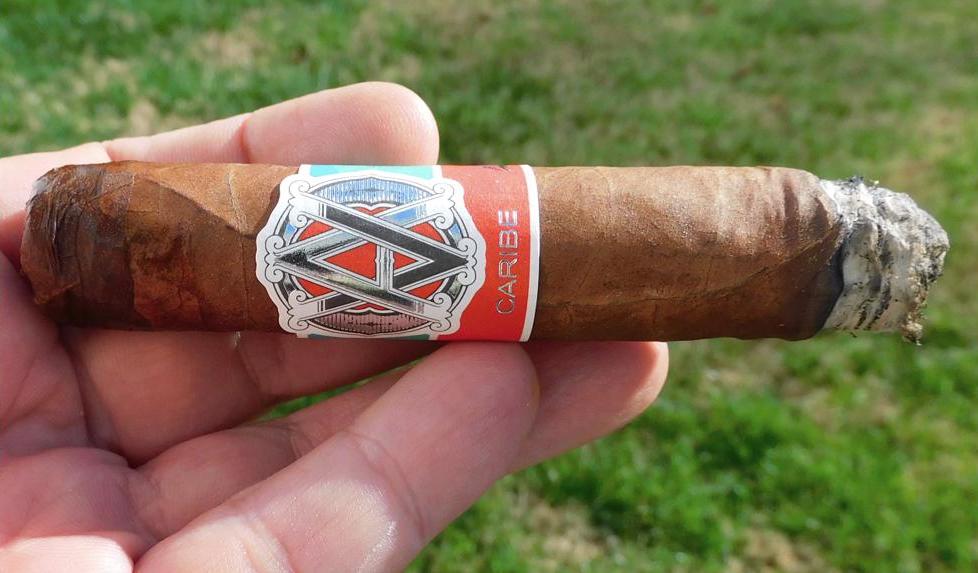 The draw to the AVO Syncro Caribe Robusto performed very well. It had a slight amount of resistance to it which was ideal in my book. At the same time, this was a low-maintenance cigar to derive flavors from.

The AVO Syncro Caribe Robusto started out on the lower end of medium for both strength and body. Throughout the smoking experience, there was not much change in the intensity levels of the strength and body. In terms of strength versus body, both attributes balanced each other nicely with neither attribute overpowering the other.

One thing that I was impressed with was how the AVO Syncro Caribe Robusto maintained a good balance of flavors from start to finish – thus keeping to the mantra of “Syncro.”  As for the “Caribe,” to me despite the Dominican wrapper, the cigar seemed to have more of a Central American profile than Caribbean feel. While it doesn’t count in the assessment score or rating, I really liked the packaging and color scheme selected for the AVO Syncro Caribe. The flavors weren’t mindboggling, but they still were solid. I was hoping for a better performance in terms of the burn. In the end, I would still recommend the AVO Syncro Caribe Robusto to either a novice or experienced cigar enthusiast. As for myself, it’s one I would buy and smoke again. I am curious to see how this cigar smokes in the other sizes.