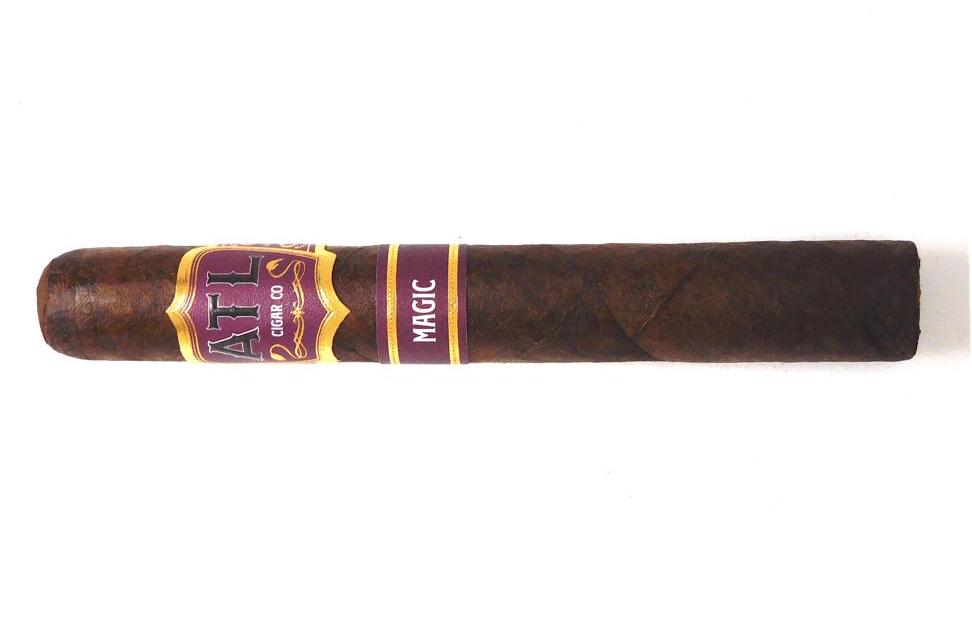 ATL Cigar Co is still a relatively new company as they launched back in 2020. If you aren’t familiar with ATL Cigar Co’s offerings, they offer the following lines:

Without further ado, let’s break down the ATL Magic and see what this cigar brings to the table.

The ATL Magic is currently offered in a single size – a 6 x 54 Sublime. The cigar is offered in 20-count boxes. 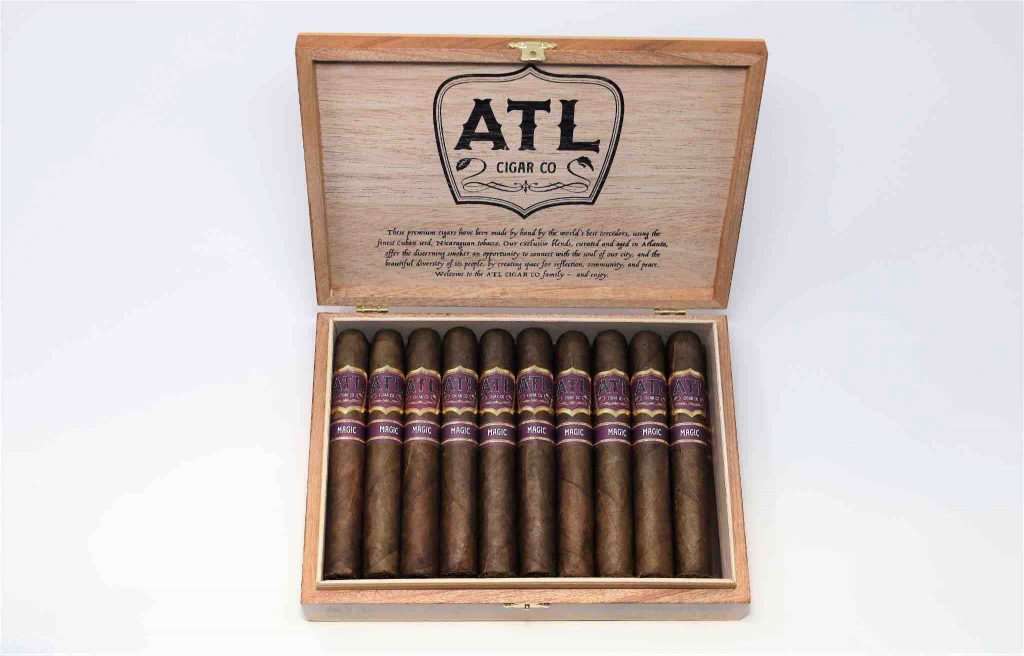 The Mexican San Andres wrapper of the ATL Magic sublime had a classic chocolate brown color to it. The wrapper was oily and had a nice toothiness to it. There were some thin visible veins. There also were some pronounced visible wrapper seams present.

There is a secondary band just below the primary band. The secondary band is also purple with a gold strip near the top and bottom. On that band is the text “MAGIC” in white font.

Prior to lighting up the ATL Magic Sublime, a straight cut was used to remove the cap of the cigar. Once the cap was removed, it was time to commence with the pre-light draw experience. The cold draw delivered a mix of coffee and earth as well as subtle notes of bing cherry and cedar. This was a satisfactory pre-light draw experience. At this point, it was time to light up the ATL Magic Sublime and see what the smoking phase would have in store.

At the start of the second third of the ATL Magic Sublime, the coffee and earth continued to be in the forefront. As the cigar progressed through the first third, the earth took over as a primary note. There was an increase in pepper and cedar. By the second third, the cedar notes joined the earth in the forefront. Meanwhile, the coffee settled with the pepper and cherry notes in the background.

The last third saw the cedar notes take over as the primary note. This was rounded out by the earth, pepper, coffee, and cherry notes. As the ATL Magic Sublime came to a close, it finished with a soft, cool nub.

The ATL Magic Sublime was a well-constructed cigar and this was reflected in the scores on burn and draw. The burn to the ATL Magic Sublime maintained a straight burn path and relatively straight burn line. There were not a lot of touch-ups that were required along the way.  The resulting ash had a silver-gray color and was skewed toward the firm side. Meanwhile, the burn rate and burn temperature maintained ideal levels. 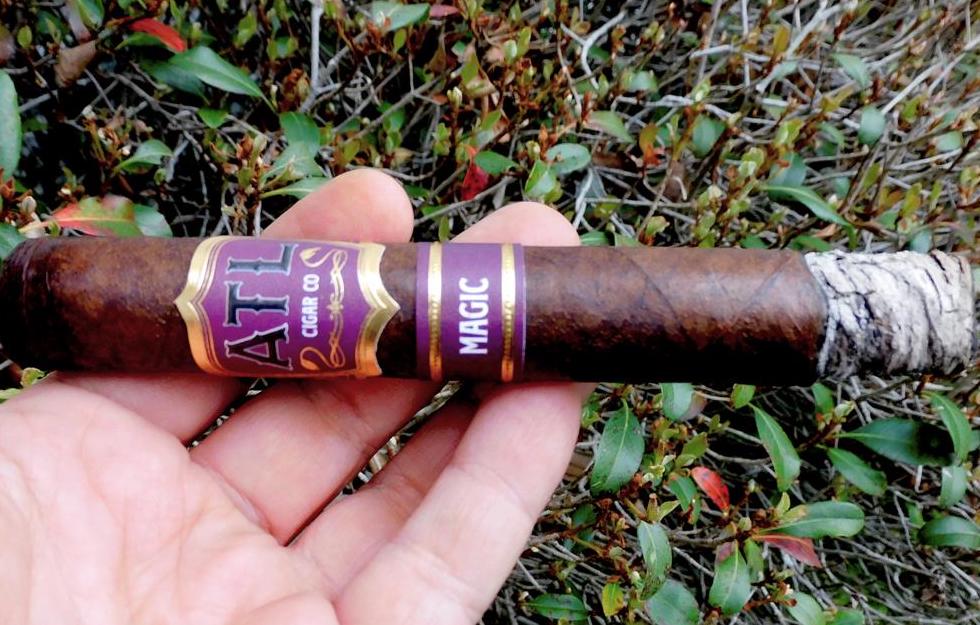 Burn of the ATL Magic Sublime

The draw also performed well for the ATL Magic Sublime. It had a touch of resistance to it – which is something that I consider ideal.

The ATL Magic Sublime started out as a medium strength, medium-bodied smoking experience. Along the way, there was a nominal increase in the intensity of both attributes, but in the end, the cigar still finished out with medium strength and medium body. When looking at strength versus body, both attributes complemented each other nicely with neither attribute overpowering the other.

Overall I found the ATL Magic Sublime to be a very nice offering. It’s good a pretty straightforward flavor profile and if one is a fan of San Andres, you will like what this cigar brings to the table. The nice thing is that the blend seems to tame down some of the pungency associated with San Andres wrapped cigars. It is also worth mentioning the excellent construction on each of the cigars I smoked. In the end, it was an enjoyable smoke that kept my attention. I have been quite impressed with the ATL portfolio as a whole, and this was a nice addition. I’m curious to see how this blend performs in other sizes. I would recommend this cigar to a novice or experienced enthusiast. It’s certainly a cigar I would buy and smoke again.