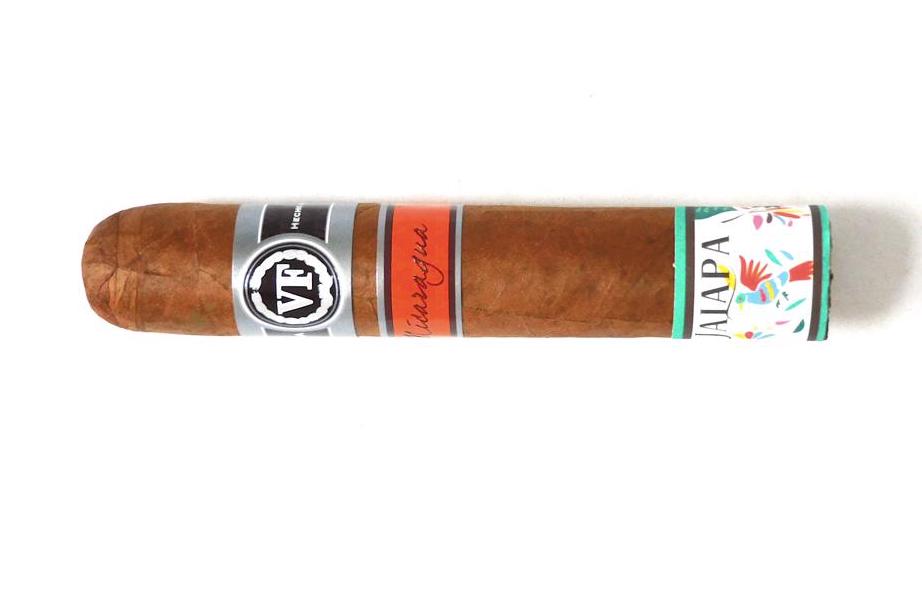 VegaFina is a brand that is under Imperial Tobacco’s Tabacalera S.L.U. group. While the VegaFina Nicaragua Jalapa is a release that is sold in the European market, it is not totally an unknown brand to U.S. consumers. Over the years there have been several VegaFina releases in the U.S. sold by Altadis U.S.A – including the core VegaFina Nicaragua market. While VegaFina might not be as well known as Montecristo or Romeo y Julieta in the U.S., it is a brand that has maintained popularity in the European market.

Without further ado, let’s break down the VegaFina Nicaragua Jalapa Short Titan and see what this cigar brings to the table.

As mentioned above, the VegaFina Nicaragua Jalapa features tobaccos from the Jalapa region of Nicaragua. While it is a Nicaragua branded cigar, this is a cigar that is produced in the Dominican Republic at the Tabacalera de Garcia factory.

To date, the Short Titan size of the VegaFina Nicaragua Jalapa is the only size that was produced for this blend. The Short Titan measures 56 x 124mm (56 x 4 7/8). The cigars are presented in 12-count boxes. 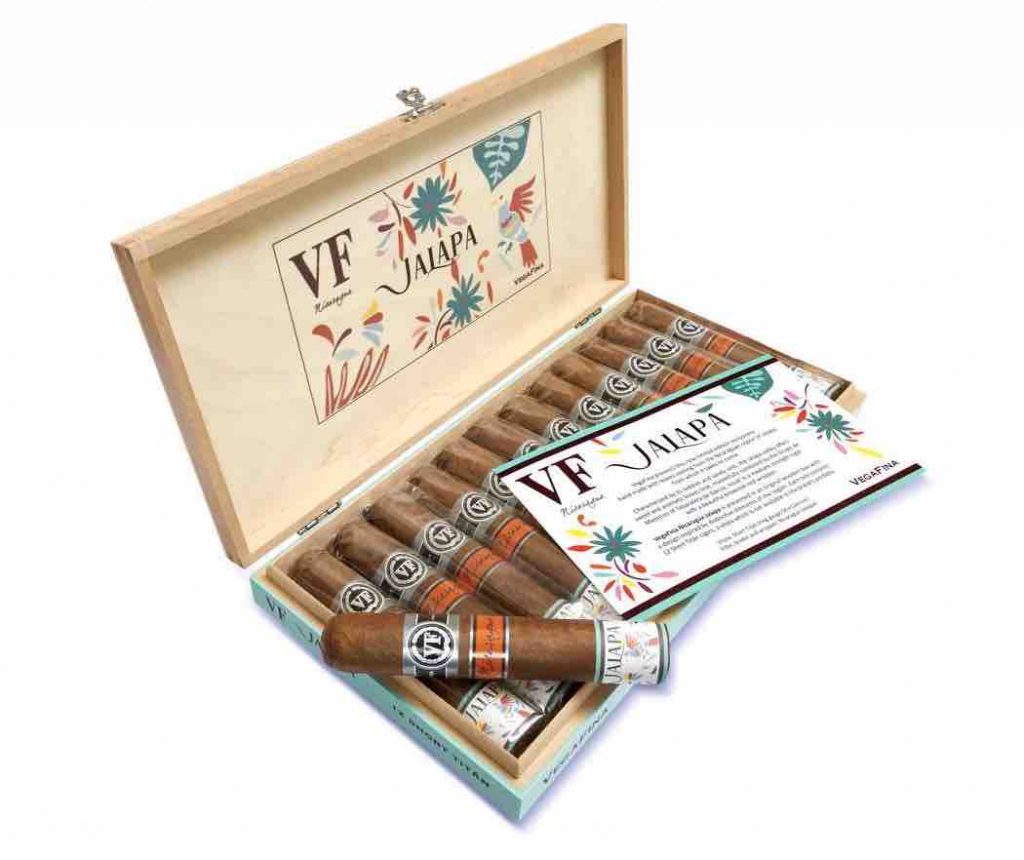 The Nicaraguan wrapper of the VegaFina Nicaragua Jalapa Short Titan had a medium brown color that was on the lighter side. There was a light-colored rosado tint to the wrapper. Upon closer examination, some subtle mottling could be seen. There also was a light coating of oil on it. There also were some visible wrapper seams and visible veins present.

There are three bands on the VegaFina Nicaragua Jalapa. The primary band has a silver “VF” sitting on a brown circular field. A silver wreath rests near the circumference of the circular field. The left and right sides have a thick brown stripe on each side with a series of “VF”s subtly in the background. The left side of the band has the text “VEGAFINA” in silver font while the right side has the text “HECHO A MANO.” The brown stripe is surrounded by a white pinstripe on the upper and lower sections. There is also a thick silver stripe sitting on both the upper and lower portion of the band.

A secondary band rests just below the primary band. This band is mostly orange with silver and brown trim. On the center of the band is the text “Nicaragua” in a cursive font.

The third band surrounds the footer. It is mostly white with aqua and brown trim. On the center of the band is the text “JALAPA” in dark font. The remainder has design elements giving the band a Central American look.

Prior to lighting up the VegaFina Nicaragua Jalapa Short Titan, a straight cut was used to remove the cap. Once the cap was clipped, it was on to the pre-light draw ritual. The cold draw delivered notes of natural tobacco and wood. This wasn’t the most exciting pre-light draw, but since the pre-release is not scored, there is no loss of points or effect on the final value rating.

After removing the footer band, it was time to toast up the VegaFina Nicaragua Jalapa Short Titan. The aroma on this cigar was spectacular – delivering nuts, natural tobacco, and. cedar. I eagerly moved on to the smoking phase.

The natural tobacco notes remained primary during the second third of the VegaFina Nicaragua Jalapa Short Titan. During this phase, there was a slight increase in the red pepper notes. Some cedar notes emerged in the background and slowly increased in intensity. Meanwhile, the wood and earth notes continued to round out the flavor profile.

By the last third, the cedar notes joined in with the natural tobacco notes. The flavors started to get a little muddled and that didn’t make for a pleasant ending to the cigar. The resulting nub was soft to the touch and cool in temperature.

Throughout the smoking experience, the VegaFina Nicaragua Jalapa Short Titan did require a frequent number of touch-ups. The burn line was uneven at times, and there was an occasional meander on the burn path. For the most part, these touch-ups kept the burn on track. The resulting ash was silver-gray. This cigar didn’t have the firmest ash, but it wasn’t loose nor flaky. The burn rate and burn temperature maintained ideal levels. 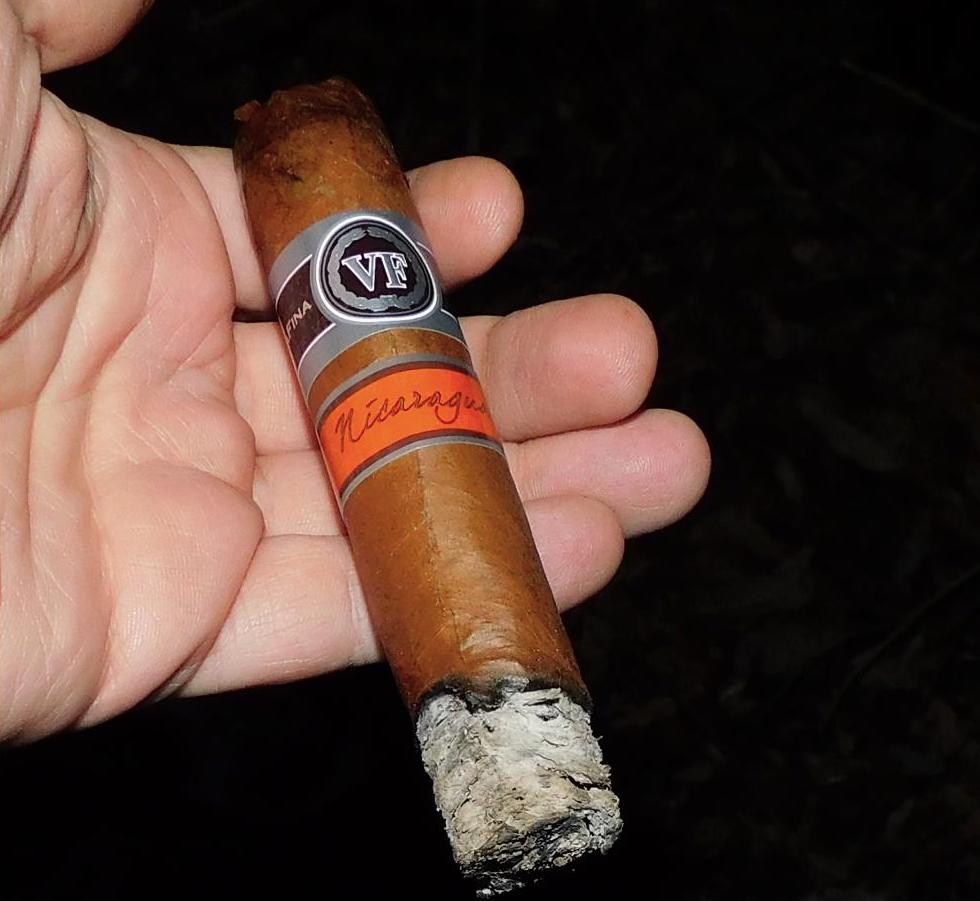 The draw to the VegaFina Nicaragua Jalapa Short Titan performed very well. This draw had a slight amount of resistance to it – which I like. At the same time, this was a low-maintenance cigar to derive flavor from.

Overall, the first two-thirds of the VegaFina Nicaragua Jalapa Short Titan performed very well. There was a noticeable drop-off during the last third. While I had greater expectations of sweetness from the tobaccos used here, in the end, I didn’t find this a bad thing. The Short Titan size was fine, but I also would be curious to see how this cigar performs in another vitola. In the end, this is still a cigar I could recommend to a novice or experienced cigar enthusiast. As for myself, there was still enough going on for me to occasionally buy and smoke again.