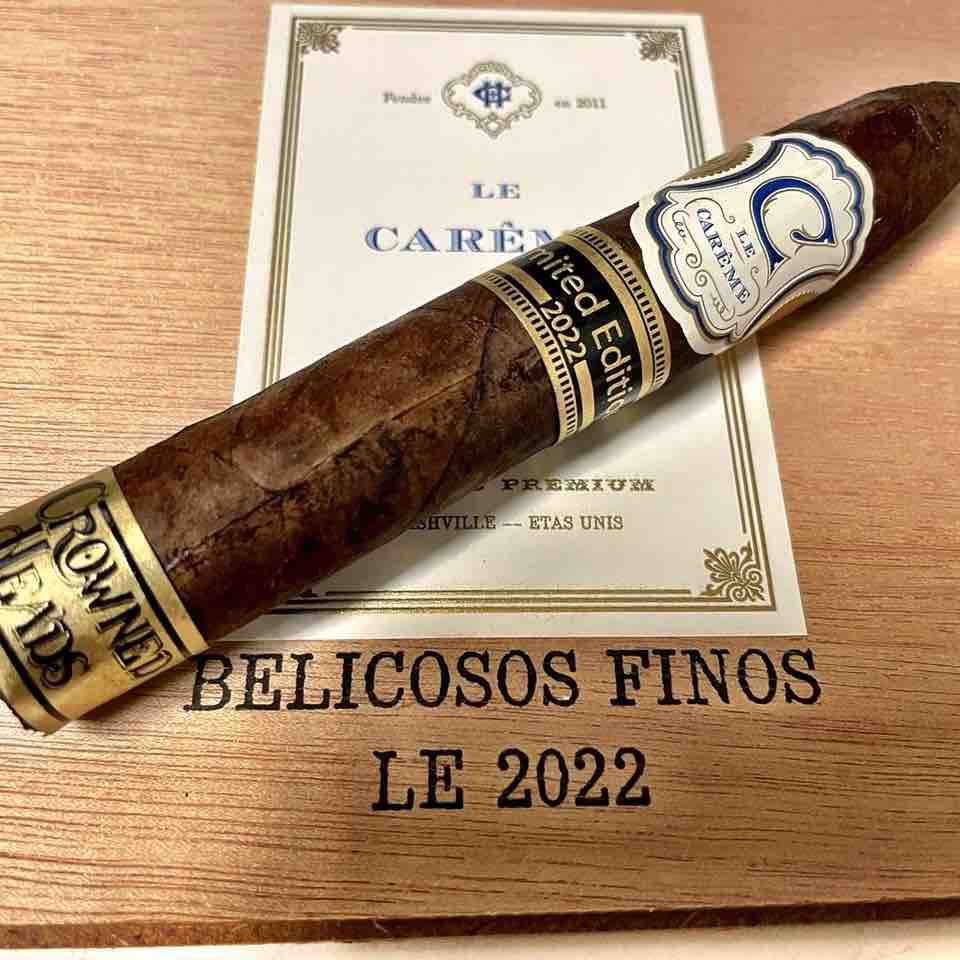 For the fourth time in five years, Crowned Heads is bringing back the Le Carême Belicosos Finos limited edition cigar.

The Le Carême Belicosos Finos was first introduced in 2018, and that same year captured the #18 spot on the 2018 Cigar Coop Cigar of the Year Countdown. It has also been released in 2019 and 2021.

“Since we launched the Le Carême brand six years ago, it has consistently remained one of the top performers in our portfolio,” said Jon Huber, co-founder of Crowned Heads, in a press release. “That said, there really is something special in how the blend translates in the belicoso fino vitola and I think that is evident in the popularity and demand for this limited edition release. We managed to survive the recent Broadleaf (Connecticut) crunch, and this year we’ve been able to increase production of the Belicosos Finos Limited Edition to account for the increased demand.”