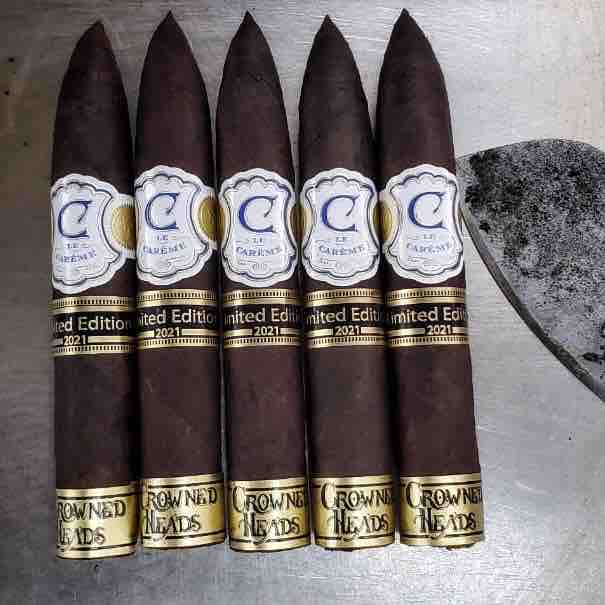 For the third time in four years, Crowned Heads is bringing back the Le Carême Belicosos Finos limited edition cigar.

The Le Carême Belicosos Finos was first introduced in 2018, and that same year captured the #18 spot on the 2018 Cigar Coop Cigar of the Year Countdown. One year later, Crowned Heads brought the Belicosos Finos back for another limited run. The cigar was not re-released in 2020.

“Despite the fact that we were completely out of stock on all Le Carême cigars in 2020 due to a shortage on Connecticut Broadleaf (wrapper) tobacco, we still continue to receive weekly inquiries on the Le Carême line,” commented on Huber, co-founder of Crowned Heads, in a press release. “We’re extremely excited to be bring back not only the Belicosos Finos, but the Le Carême brand as well, into the retail spotlight.”