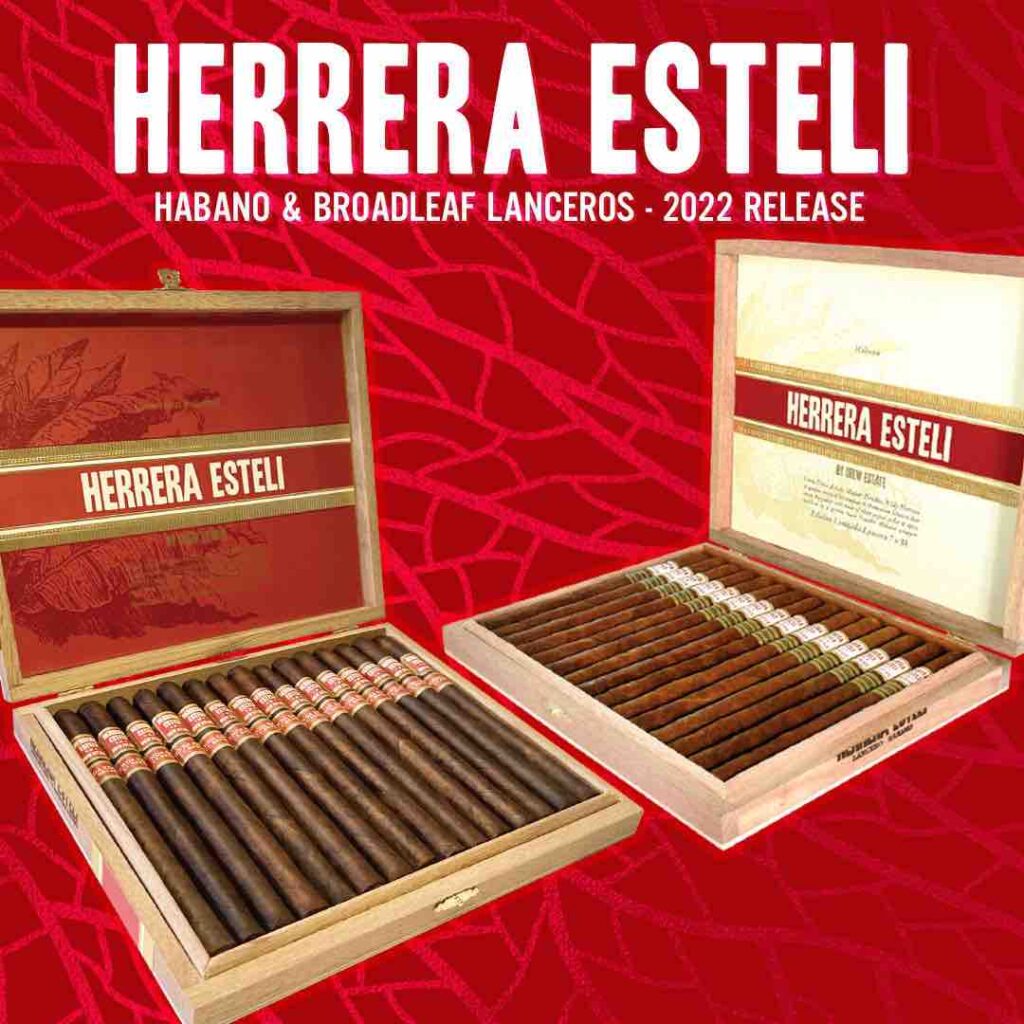 The Herrera Estelí Habano Lancero made its debut in 2014, and was most recently released in 2021. In 2021 the Herrera Estelí Connecticut Broadleaf Lancero had its first national launch after being previously released as a store exclusive to Stogies World Class Cigars in Houston, Texas.

“The Lancero is generally my favorite size, but that’s especially true for the Herrera Estelí Habano and Herrera Estelí Connecticut Broadleaf cigars,” comments Drew Estate Master Blender Willy Herrera in a press release. “Both blends are made from wrapper leaves that are rich and bold. The Lancero size allows the smoking characteristics of those beautiful leaves—especially their nuances—to truly grab your attention.”

“Lanceros are slender and elegant cigars that present big challenges to cigarmakers,” added Jonathan Drew, Drew Estate’s Founder and President. “These spectacular skinnies are pure phat-on-flavor!!! Our most devoted cigar nerds are gonna be amped when they spark ‘em up. They are truly elegant, like our Master Blender himself. Phenomenal work product from Willy and the team!!!”

Both cigars will be showcased during Drew Estate’s “Freestyle Live: Special Edition” broadcast, which will air May 12th from 7 to 9 p.m. Eastern on the company’s Facebook Live page (facebook.com/drewestatecigar) and YouTube channel (youtube.com/drewestatecigar).