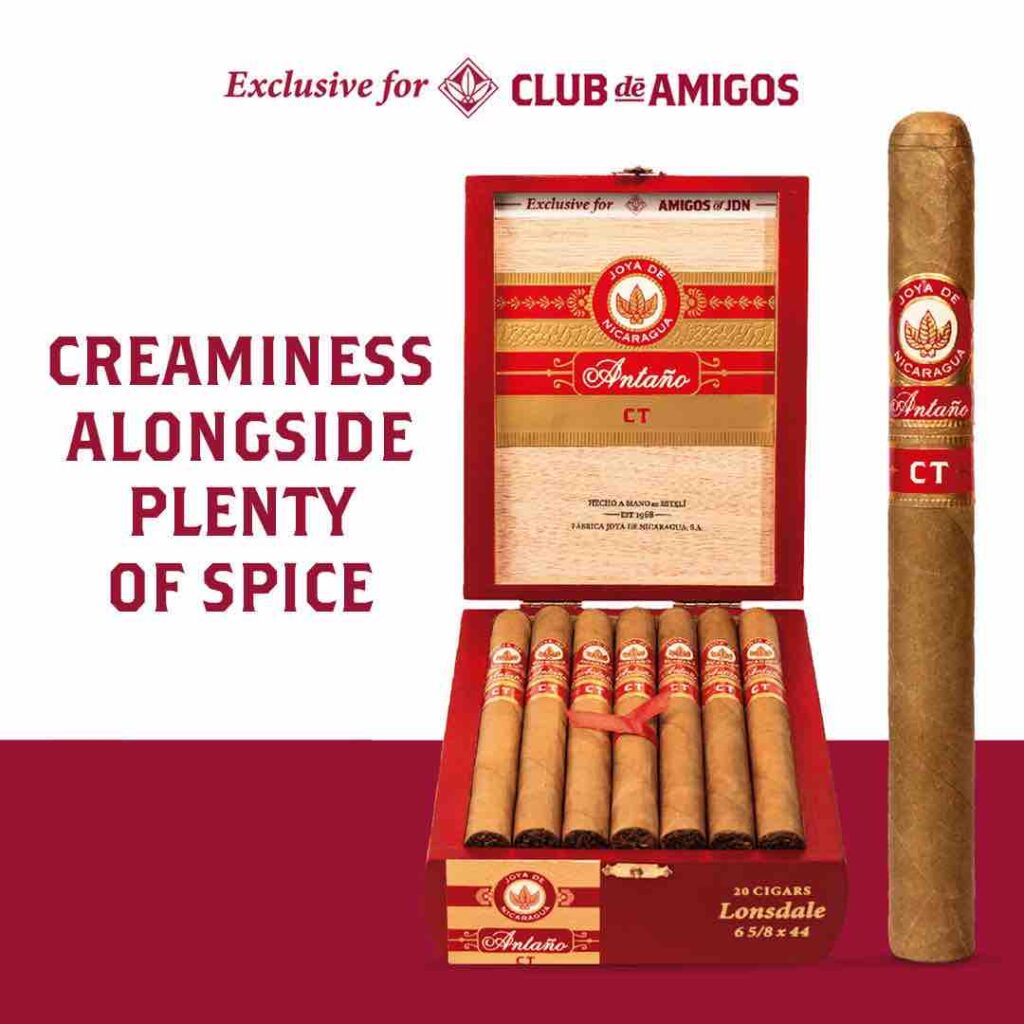 The Antaño is perhaps the best-known brand in the Joya de Nicaragua portfolio. The original blend in that line is the powerhouse Antaño 1970. Many consider that Antaño 1970 a game-changing blend in terms of full strength, full-bodied cigars. The Antaño CT is the fourth line under the Antaño brand, and it follows the mantra of what this brand is known for – namely delivering bolder Connecticut Shade offering.

The Antaño CT line consists of an Ecuadorian Connecticut Shade wrapper over Nicaraguan binder and fillers. The new Lonsdale will be presented in 20-count boxes.

“When we launched Antaño CT, the reaction from cigar aficionados was amazing,” says Daniel Barrios, Joya de Nicaragua’s Global Commercial Manager. “The blend was well-received, just as we expected. Initially, we launched four vitolas, but we knew that it wasn’t going to stop there. That is why we have the pleasure to announce Antaño CT Lonsdale.”

At a glance, here is a look at the Joya de Nicaragua Antaño CT: