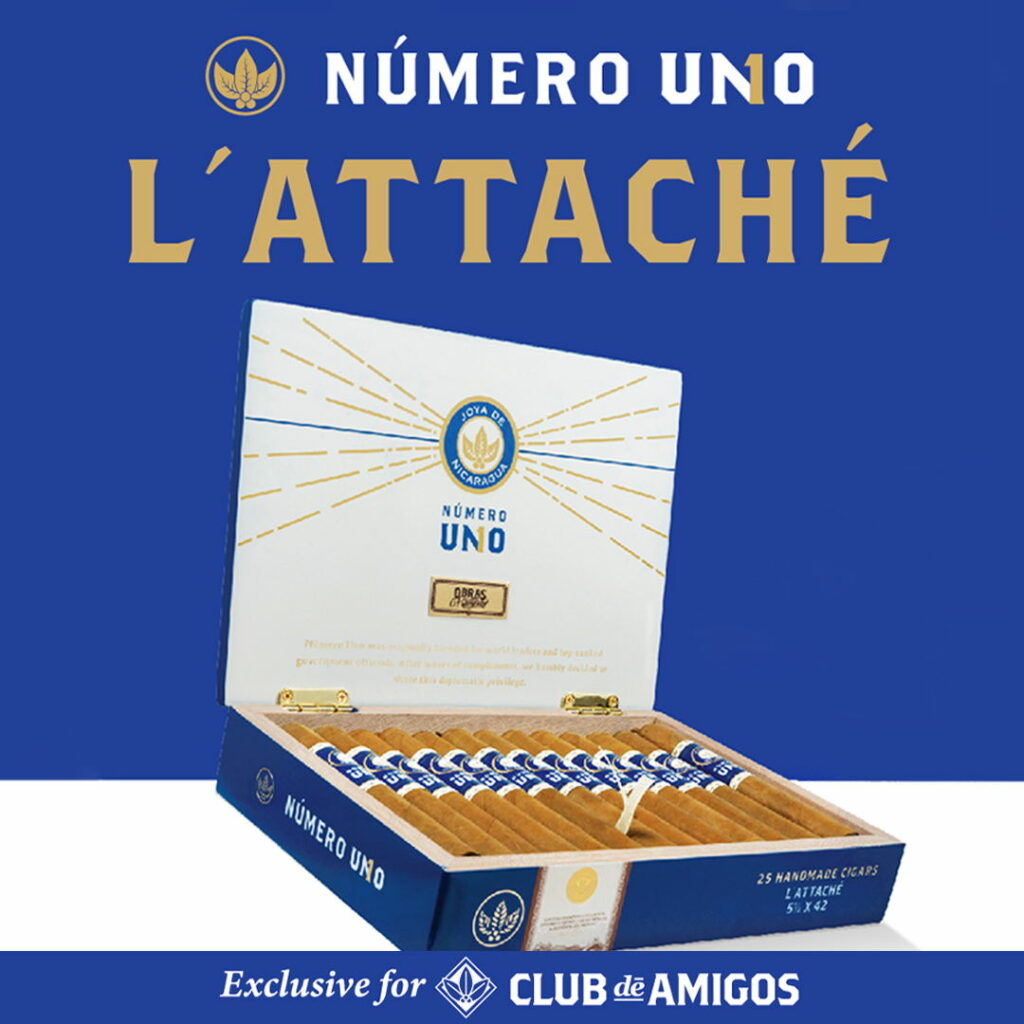 On the May 12 edition of Drew Estate’s Freestyle Live show, Joya de Nicaragua announced the national release of the Numero Uno L’Attache. The new size will be a 5 1/2 x 42 limited production offering.

Numero Uno is a project that started out as a private blend where it was handed out to Nicaraguan ambassadors who would gift them to world leaders. It later became a Joya de Nicaragua event-only cigar called Joya de Nicaragua No.1 – which was a 6 5/8 x 44 Lonsdale. In 2018, that event-only cigar was named the #1 Cigar of the Year on Halfwheel. It was a shocking selection considering the cigar was designated only for events. Last year the company brought the Joya de Nicaragua No. 1 into its ultra-premium Obras Maestras line and branded it Joya de Nicaragua Numero Uno L’Ambassadeur. The following year, a 6 7/8 x 48 Churchill-sized offering called Le Premier was released. The Le Premier landed on the 2021 Cigar of the Year Countdown.

In 2019, L’Attache had a limited store exclusive for an event for UpDown Cigar in Chicago with very little fanfare. It now returns for a limited run nationally and will be available to retailers as part of the new Club de Amigos, Joya de Nicaragua’s new preferred retailer program.

Blend-wise, the whole Numero Uno line features an Ecuadorian Connecticut Shade wrapper over a Nicaraguan binder and filler. L’Attache will be presented in 25-count boxes.

“We have no words to describe the pride that Número Uno has given to Joya de Nicaragua. It feels like this cigar marked a new chapter in our history. Número Uno L’Attaché is the vitola that every cigar aficionado should be smoking this year,” adds Juan Ignacio Martinez, Executive President of Joya de Nicaragua in a press release.

“The last three years have been an amazing journey for Número Uno. When we were thinking what was next for this cigar, we remembered the beautiful smoke experience that this vitola provided and the decision to relaunch it was made,” says Daniel Barrios, Joya de Nicaragua’s Global Commercial Manager.

At a glance, here is a look at the Joya de Nicaragua Numero Uno line.