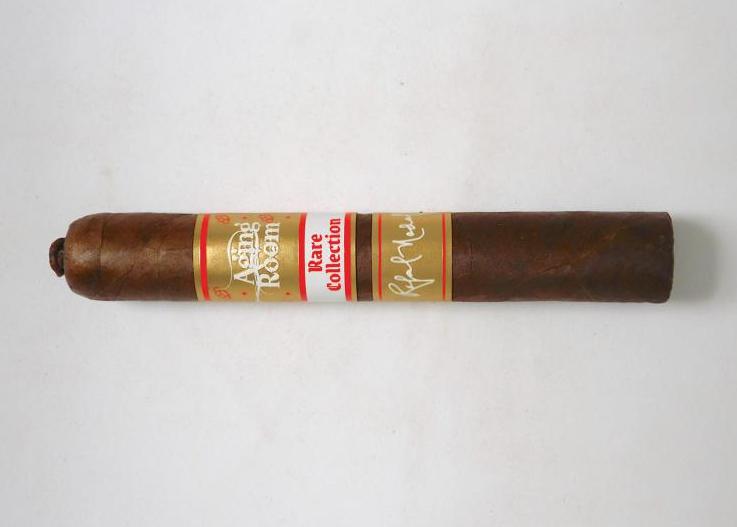 Ten years ago, Rafael Nodal and Hank Bischoff changed the direction of the company they owned, Oliveros Cigars. They had recently had success with a cigar called the Aging Room M356. The M356 was a blend that was a small batch release that contained some hard to find tobaccos. It was also a blend that forever changed the future for Nodal and Bischoff. The duo would take the success of the M356 and reconfigure the vision of the company to focus on small batch blends with rarer tobaccos. As a result, Oliveros Cigars would become Boutique Blends Cigars focusing on that vision. This would result of a decade of critical acclaim and commercial success. Eventually it led to a strategic partnership with Altadis U.S.A.

The background on Boutique Blends is important because as mentioned, the Aging Room Rare Collection aligns perfect with this vision. This was very clear as when Rare Collection was announced, Nodal commented: “This is not just an updated cigar; this is the first in what will be several Rare Collection projects. With the Aging Room by Rafael Nodal Rare Collection, we are offering adult consumers a complex, medium-full bodied, Nicaraguan blend containing some of the rarest and most well-aged tobaccos of any cigar we’ve released to date.”

We will look at the Aging Room Rare Collection in the Scherzo (Robusto Extra) and see what this cigar brings to the table.

The Aging Room Rare Collection is offered in three sizes. Each of the three sizes have a musical theme and each is presented in ten-count boxes.

The Nicaraguan wrapper of the Aging Room Rare Collection Scherzo had a medium brown wrapper with a Colorado tint. There was some oil as well as a slight toothiness on the surface of the wrapper.  The wrapper also had some visible veins, but the wrapper was dark enough to hide some of the wrapper seams. The cap of the cigar is finished with a swirled pigtail.

As opposed to pulling the pigtail off the Aging Room Rare Collection Scherzo, a straight cut was used to remove both the cap and the pigtail. It was then on to the pre-light draw experience. The color draw delivered notes of earth, natural tobacco, and some cedar. Overall this was a satisfactory pre-light. At this point, it was time to light up the Aging Room Rare Collection Scherzo and see what the smoking phase would have in store.

The Aging Room Rare Collection Scherzo started off with a combination of citrus, cedar, earth, and red pepper. Early on the earth and citrus moved into the forefront with the natural tobacco and pepper settling in the background. There was a definite zestiness to the flavor profile. As the cigar moved through the first third, some caramel notes surfaced in the background. As for the retro-hale, early on it started out as a very mild cedar, but as the cigar moved to the later part of the first third, it morphed to more of a mixed pepper note.

During the second third, there was an overall decrease in sweetness. The citrus diminished to the background while the caramel notes dissipated. The earth notes became the main primary note. The pepper notes also remained in the background with citrus, pepper, and cedar notes.

There was not much change during the final third. The earth notes were primary with the citrus, cedar, and pepper rounding things out. The cigar finished with a cool, and slightly soft nub.

There was some unevenness and a slight amount of meandering with the burn of the Aging Room Rare Collection Scherzo. This was remedied with some touch-ups, but there were more touch-ups needed than I prefer. The resulting ash  was silver-gray. It wasn’t the firmest of ashes, but it wasn’t overly loose either. The burn rate and burn temperature were both ideal. 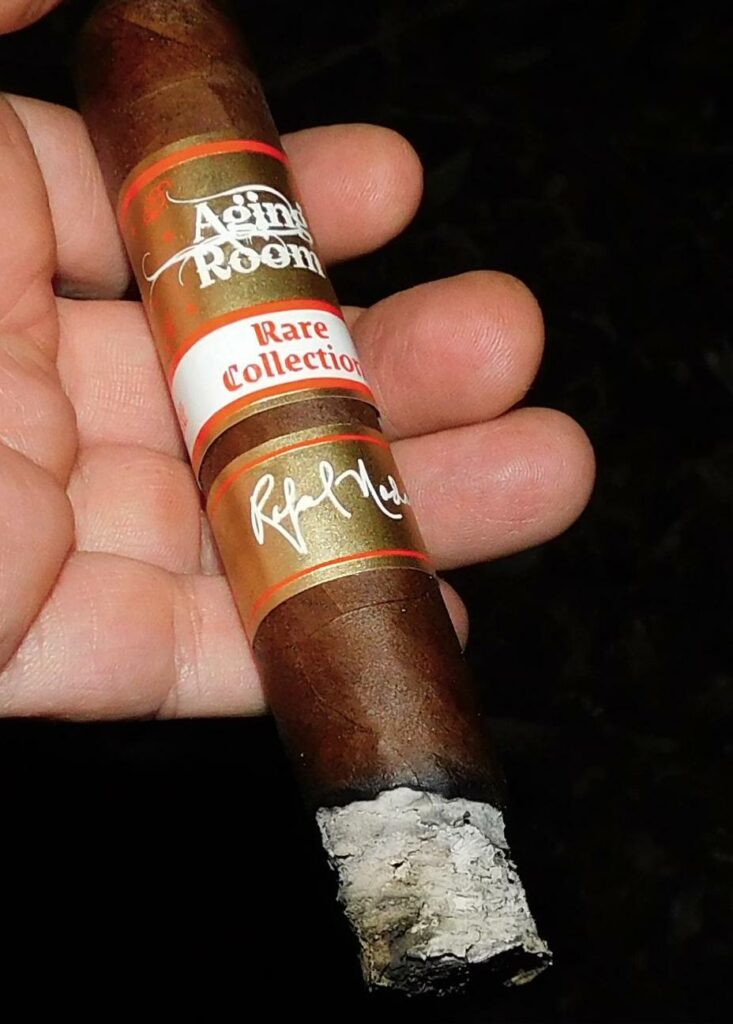 The draw performed extremely well. It had a touch of resistance – which is something that I like. At the same time, this was a low-maintenance cigar to derive flavor from.

Throughout the smoking experience, both the strength and body balanced each other nicely with neither attribute overshadowing the other.

This Aging Room Rare Collection Scherzo had a little too much in the way of zestiness at the start and was a little flat in the last third. However, there was one point in this cigar where it really fired on all cylinders and that is where some of the caramel notes emerged. While the beginning and the end of the cigar weren’t bad, they didn’t quite have me doing handstands.  I am curious to smoke the Aging Room Rare Collection in the other two sizes. With the Scherzo coming in at $15.50, it’s a bit pricey and that’s why I’m more inclined to try a sample.