Agile Cigar Reviews are cigar assessments where we use a lightweight, shorter format. These will never take the place of our comprehensive reviews. They are only primarily used on blends we have previously assessed. This might be a blend we are re-scoring or in some cases giving a score for the first time. It might be a blend we are looking at in a different size. Today we look at the Protocol Sir Robert Peel Maduro Corona Gorda. This is a cigar blend previously assessed back in November 2019 in the box-pressed Toro size. 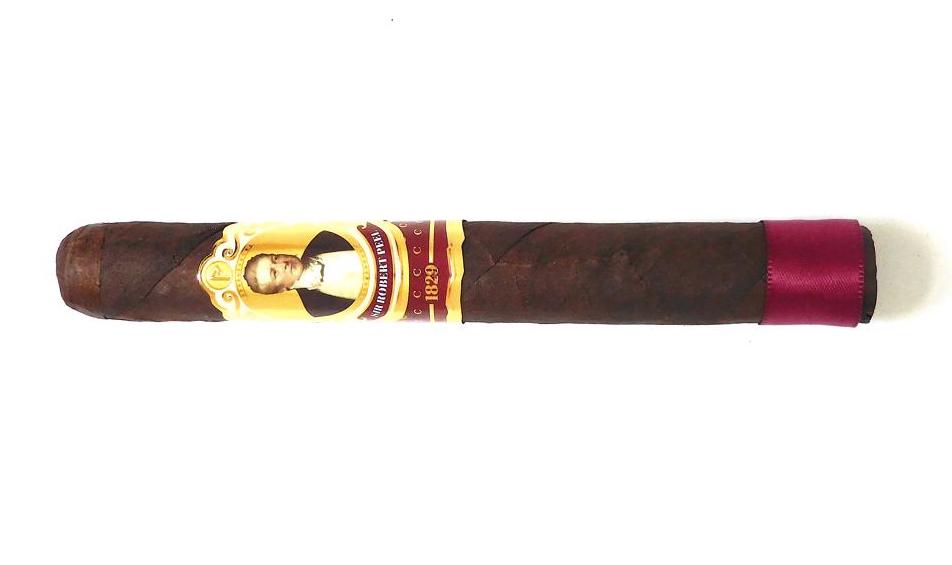 In 2019, Protocol Cigars would launch what would become their Lawman Series. It’s a series of cigars that pay homage to some of the legendary figures in law enforcement. The first installment of this series was the Protocol Sir Robert Peel. Sir Robert Peel is considered to be the father of the modern-day police force. It was in 1829 when Peel established the London Metropolitan Police Force.  The Lawman Series is meant to deliver a more premium offering in terms of blend and packaging. The Sir Robert Peel was first released in a Maduro and Natural blend – each in a box-pressed Toro. In 2021, the first line extension came to Sir Robert Peel in the form of a rounded Corona Gorda. Today we look at the Sir Robert Peel Maduro Corona Gorda.

Throughout the smoking experience, the flavors were medium to full in body countered by medium strength. The burn did require some frequent touch-ups along the way to maintain a straight burn path and straight burn line. The draw was ideal as it had a touch of resistance.

Over the years, the Corona Gorda format has seen some fine cigars by Protocol Cigars in its portfolio. The Sir Robert Peel is another Protocol cigar that does very nicely in the Corona Gorda format. The smaller ring gauge combined with rounded format will change things up just enough, yet at the same time you can very much see the Corona Gorda has the same DNA. Like the Box Pressed Toro, the Corona Gorda is going to ramp up in spice. In this case, the spice is going to be a little more intense. In the end, this is a cigar I’d recommend to a more seasoned cigar enthusiast, but it’s also a nice cigar for a novice to ramp up to something “medium plus”. As for myself, this is a cigar I would buy and smoke again.