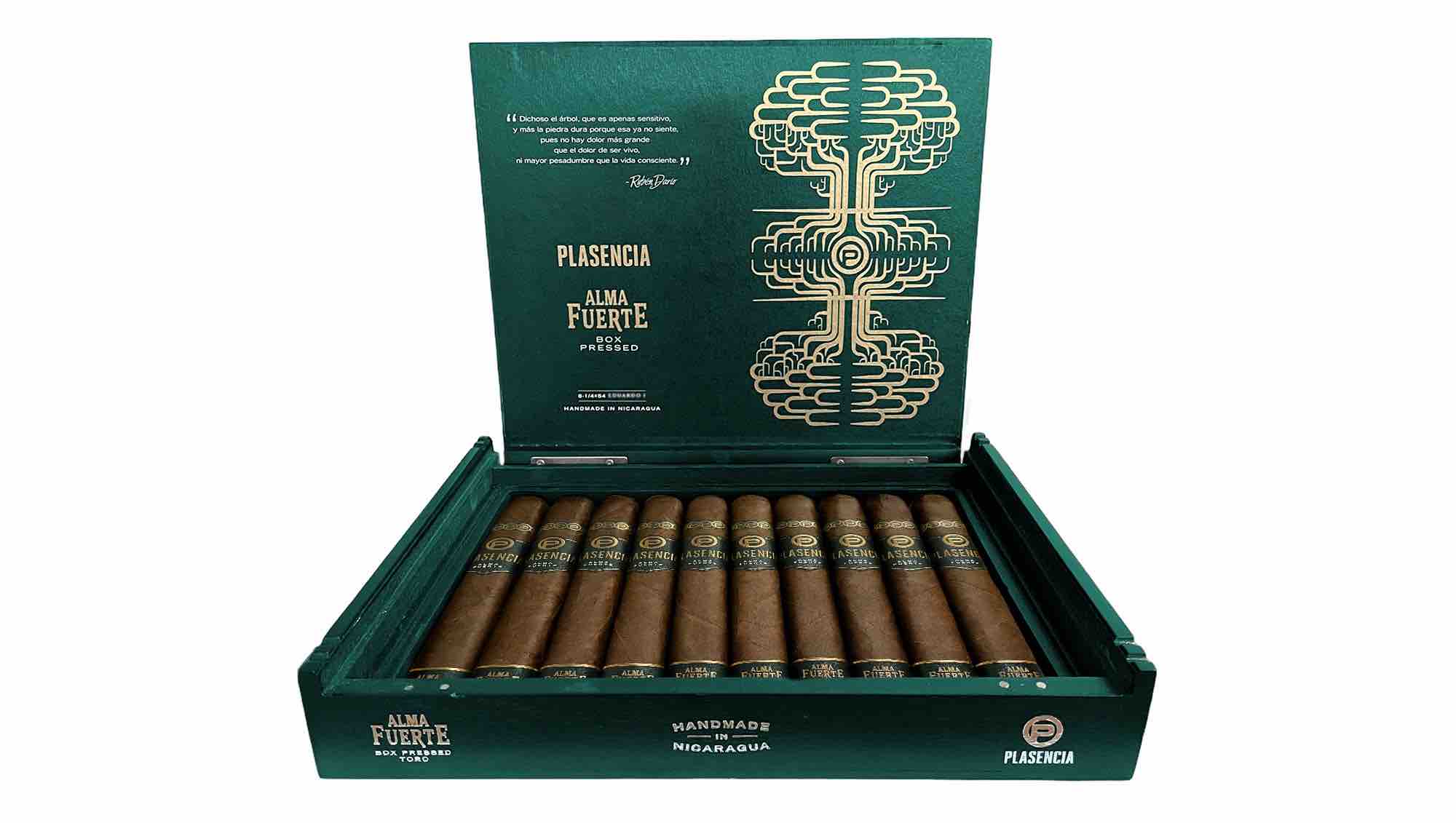 At the 2022 Premium Cigar Association (PCA) Trade Show, Plasencia Cigars will add a new size to its Plasencia Alma Fuerte Colorado Claro line in the form of a Toro Box Pressed 6 1/4 x 54. The vitola is named Eduardo I and it pays homage to Eduardo Plasencia, a first-generation member of the Plasencia family.

“It is important for us to continue to acknowledge our family history and use them as inspiration as we go forward. Eduardo Plasencia took a major risk by crossing the Atlantic Ocean to start farming tobacco in a faraway land. Without him, there would be no Plasencia tobacco family. We look forward to presenting the Plasencia Alma Fuerte Colorado Claro Eduardo I at the 2022 PCA in July,” commented Nestor Andrés Plasencia in a press release.

The Box Pressed 61/4 x 54 Toro Plasencia Alma Fuerte Colorado Claro Eduardo I comes in a ten-count box with an MSRP of $20.60.

The 2022 PCA Trade Show opens July 9, 2022 in Las Vegas, Nevada. The Plasencia Alma Fuerte Eduardo I is expected to ship to retailers in mid-September.