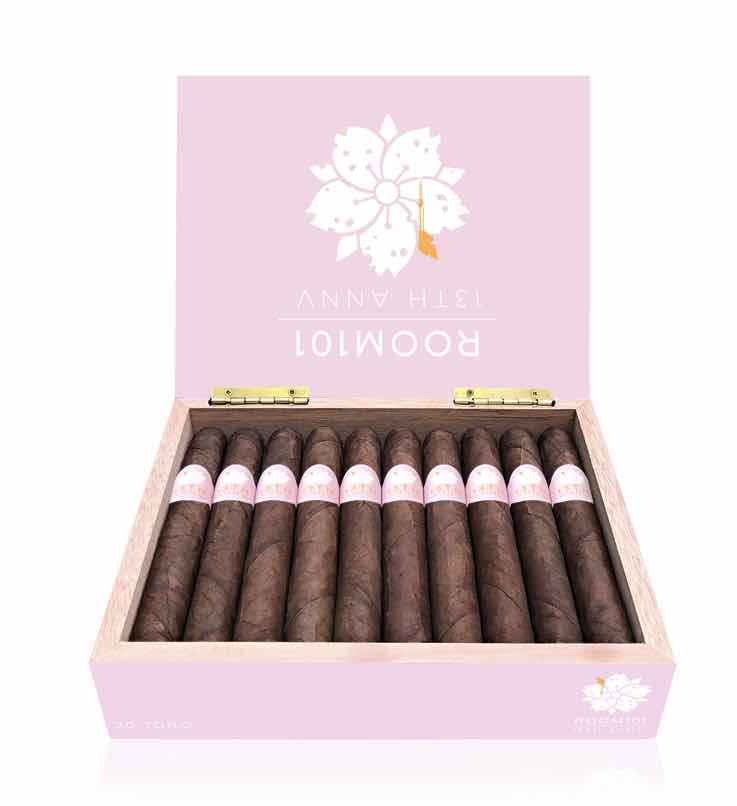 Room101 is going pink for its 13th anniversary. This year Matt Booth will unveil the Room101 13th Anniversary to commemorate the occasion – complete with pink boxes and pink bands.

According to a report from Cigar Aficionado, cigar itself is 100% Nicaraguan puro produced by AJ Fernandez featuring tobaccos grown on Fernandez’s farms. The cigar itself comes in one size – a 6 x 52 Toro. A total of 1,500 boxes have been produced.

The cigar is expected to debut at the 2022 Premium Cigar Association (PCA) Trade Show. Earlier this week, it was announced that the Room101 cigar brand was sold to Scandinavian Tobacco Group (STG) and will now be distributed by Forged Cigar Company. While STG will not be at the trade show, it is still being reported that Room101 will exhibit at the 2022 PCA Trade Show.