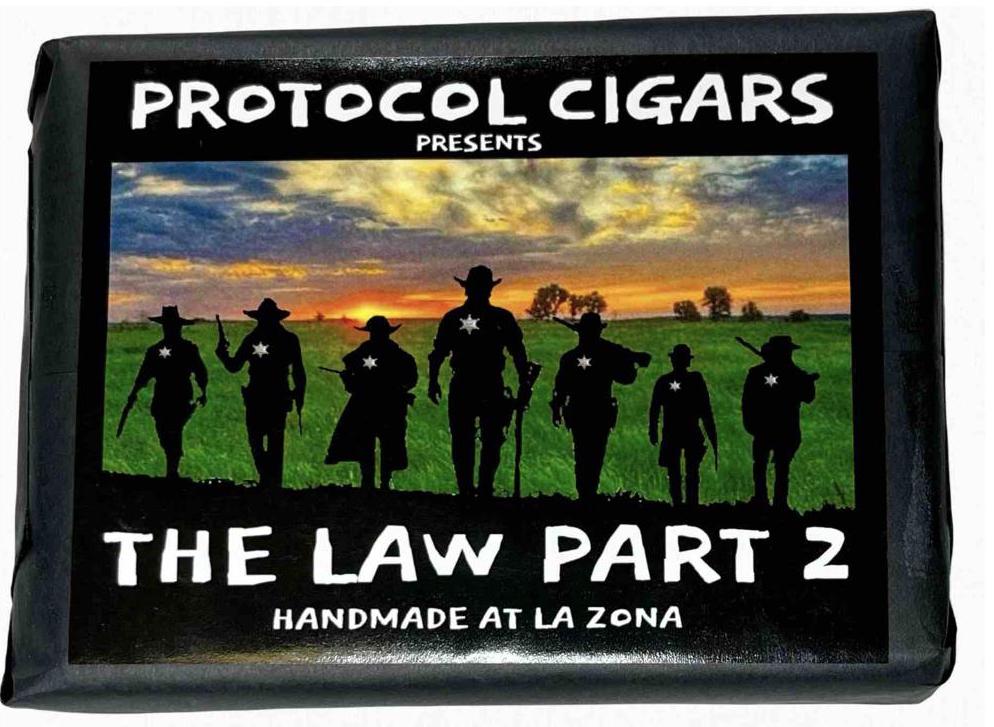 Last year, Protocol Cigars released an exclusive cigar to Omertà Cigar Company in Oklahoma City, Oklahoma known as The Law. This year, Protocol has announced The Law will become an annual limited edition release and will release The Law Part 2. The Law Part 2 will make its debut at a series of events beginning May 11, 2023.

The Law was a term often used in old spaghetti western movies to describe law enforcement officials such as sheriffs, marshals, rangers, and other lawmen. The Law Series is a way for Protocol Cigars to incorporate law enforcement into the Wild West theme.

The Law Part 2 features a toothy San Andres Maduro wrapper over Nicaraguan binder from Condega and fillers from Estelí and Jalapa, Nicaragua. Protocol says the blend is similar to the original release except the cigar is box-pressed. A total of 350 bundles often have been created. The blend was produced by Hector Alfonso Sr. and is handcrafted at the La Zona factory in Nicaragua. The cigar features a small pigtail on the cap and has a closed footer. 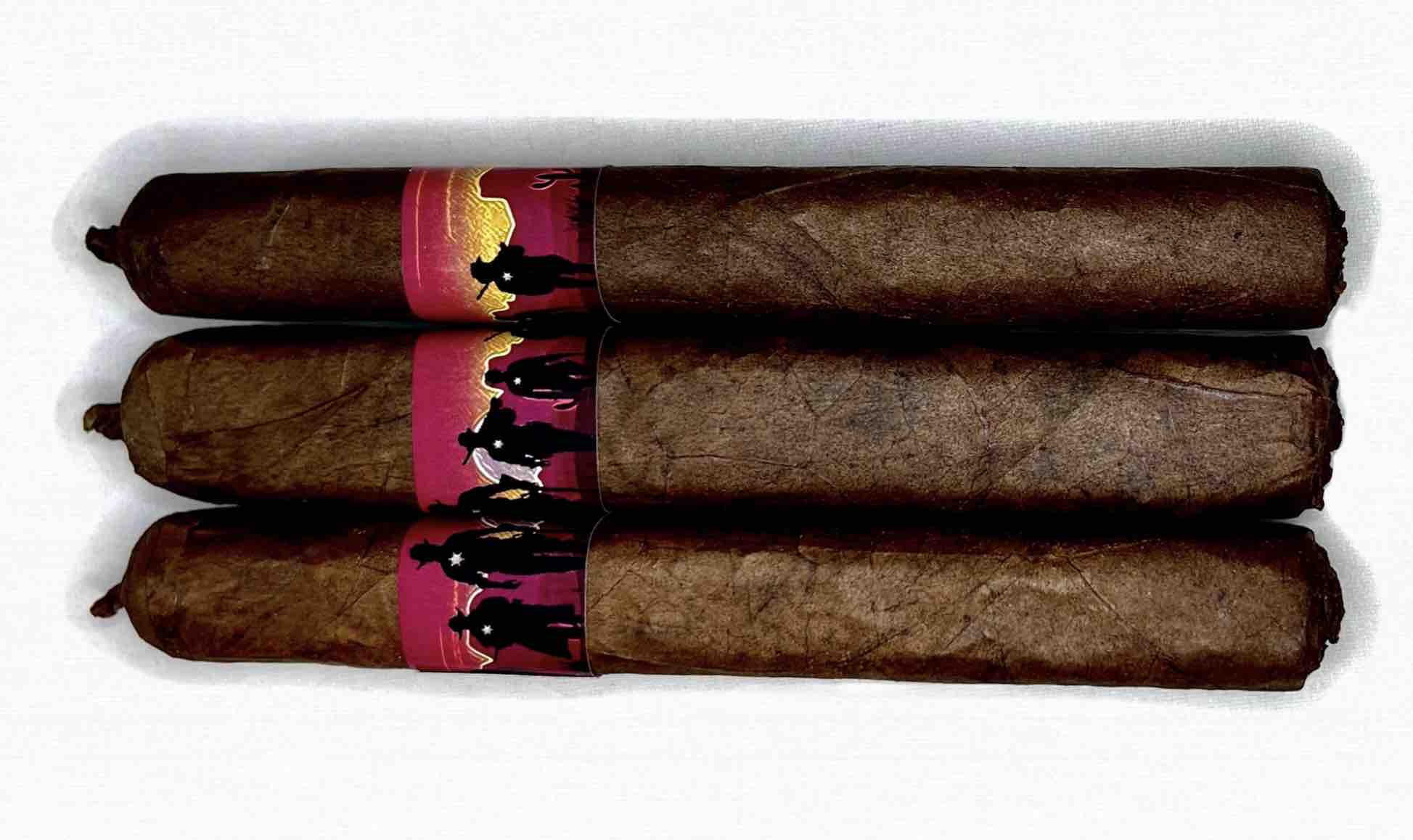 “We wanted to give The Law Part 2 a rustic look, something you think you would have seen cowboys smoke in the Wild West. The look, the feel of the cigar in your hand, and when you smoke it screams the Wild West! This is a cigar you would think any Lawmen in the Wild West era would smoke while trying to capture their bounty, except this time we made it boxed press format. The cigar smokes differently than it’s predecessor in the rounded finish!” said Juan Cancel, Founder and Co-owner of Protocol Cigars, in a press release.

“We worked tirelessly to give The Law a rustic Wild West feel and continued that look with The Law Part 2. This time making it a box press allowed us to add less filler therefore the blend concentrates more on the wrapper and binder. The cigar is rugged and bold, beefy, full bodied, full flavored and has full aroma with a long finish,” added Kevin Keithan, Co-owner of Protocol Cigars.

The Law Part 2 this time comes in ten-count black paper bundles with an MSRP of $100.05 per bundle and $10.05 per cigar. Protocol says, “The black paper shows that good guys wear black.”

The Law Part 2 will debut at Omertà Cigar Company over the course of 3 days and at multiple locations:

In addition, The Law Part 2 goes live online at Puro Cigar House at: PUROCIGARHOUSE.COM. This will be the only time the cigar will be offered to the public online.

“We are extremely excited to once again to be releasing The Law Part 2 this year. Juan and Kevin with Protocol Cigars are top notch people backed by the phenomenal tobacco and rollers of The La Zona Factory. The entire ownership and operations team are thrilled to get this great cigar in the hands of our loyal members and Protocol Fans in our home locations and across this great nation. We appreciate the fellowship with the guys and all the great support from our customers,” finished Jarrett Jackson, Managing Partner Omerta Cigar Co., STAG Lounge, and Puro Cigar House.

At a glance, here is a look at Protocol The Law, Part 2: