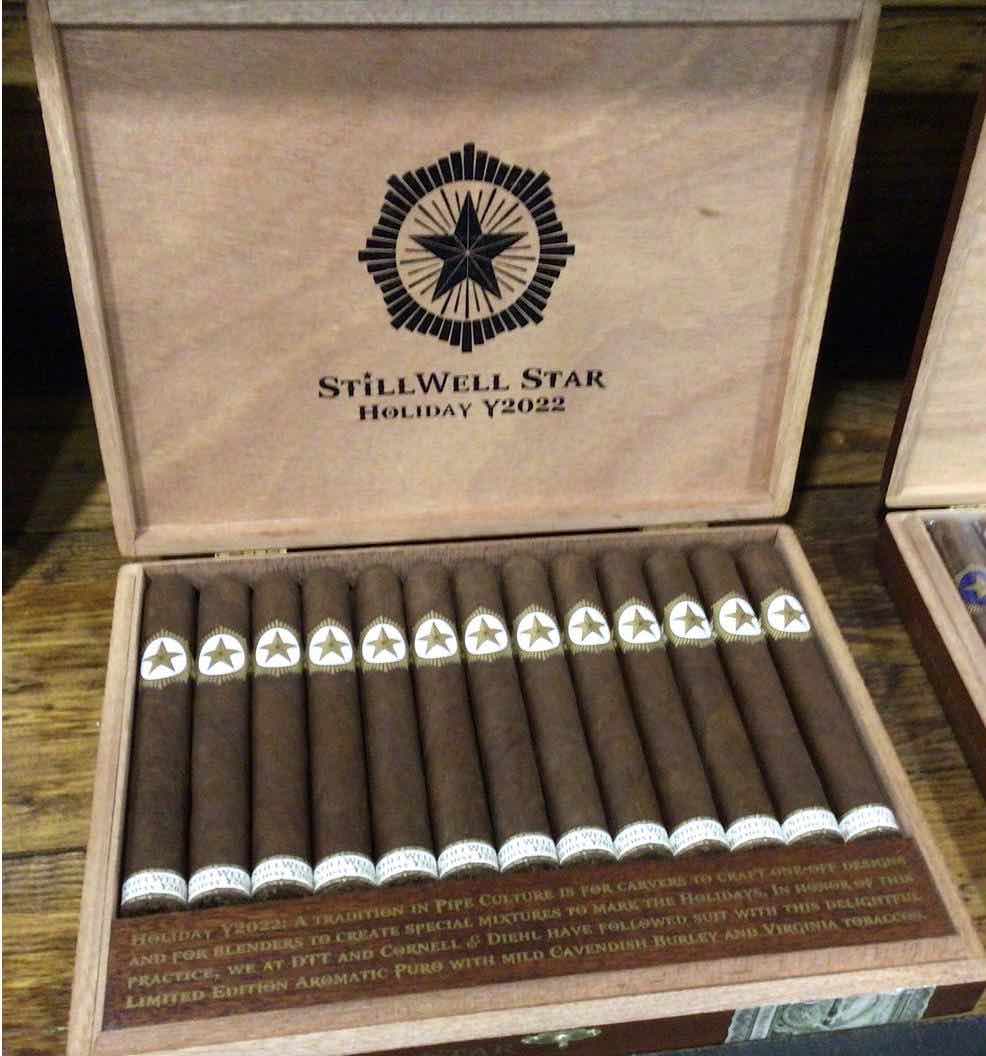 StillWell Star, the brand by Dunbarton Tobacco & Trust that incorporates premium pipe tobacco into the blend, is getting its first limited edition. Dubbed the StillWell Star Holiday Y2022, it is a cigar that is being positioned just in time for the end-of-year holidays.

According to Dunbarton Tobacco & Trust owner Steve Saka, the end of the year holidays are a big thing when it comes to the pipe business. Many pipe carvers make special holiday-inspired pipes, and many pipe blenders will make a special annual holiday blend. Saka decided to incorporate this into his StillWell Star line and do a limited edition cigar themed around the end of the year holidays.

The Holiday Y2022 was once again done in conjunction with Cornell & Diehl. Saka says the Holiday Y2022 Blend is a mild, aromatic blend. Unlike Stillwell Star Aromatic No. 1, it does not use a sweetened cap. As for the blend, it features an Ecuadorian Habano wrapper and San Andres Mexican binder. In addition to Nicaraguan tobaccos, the filler incorporates Black Cavendish burley and Virginia pipe tobaccos. The cigar comes in one size -a 6 x 52 Toro. The cigars come in 13 boxes with pricing set at $15.30.

Saka expects the cigar to arrive at retailers just prior to the 2022 Thanksgiving holiday.