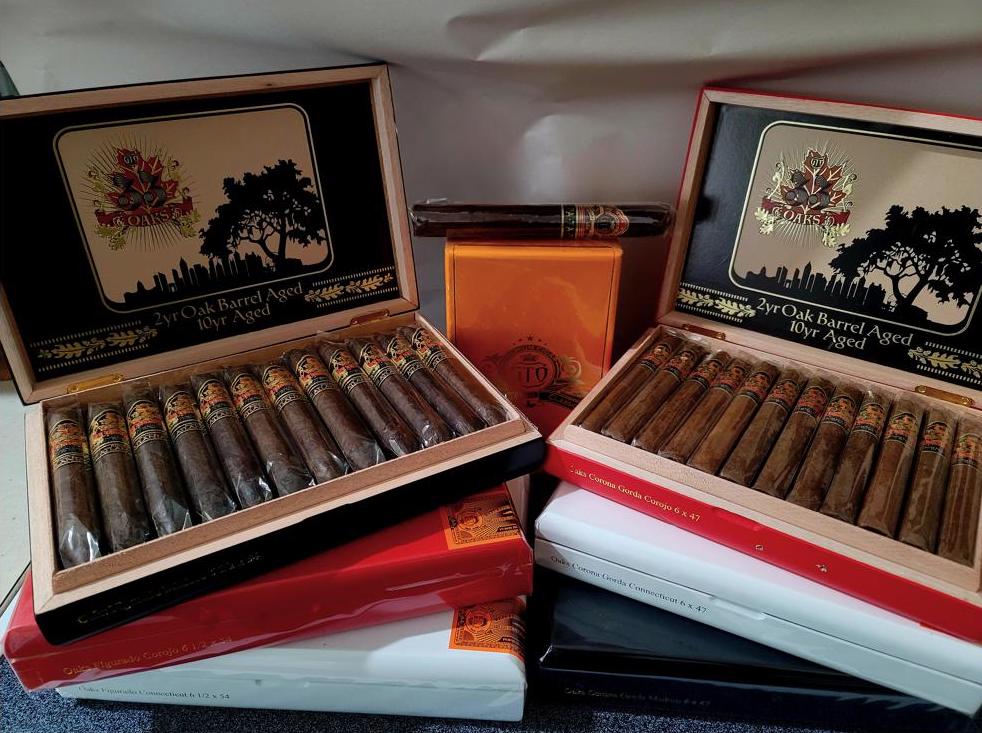 GTO Dominican Cigars has announced the launch of two cigars: The 33 Oaks and the PaTaTu.

33 Oaks is a three-blend line that will be available in Connecticut, Corojo, and Maduro. These are cigars where the tobaccos have undergone a ten-year aging process and a two-year bourbon oak barrel aging process. It comes in two sizes: Figurado (6 1/2 x 54) and Corona Gorda (6 x 47) – each presented in 24 count boxes. The Figurado is dedicated to the city of Atlanta where GTO Dominican Cigars’ owner Dr. Oscar Rodriguez became inspired by the many oaks and discovered the essence of the blend, while walking the Beltline on Sundays. Each of the cigars features proprietary Dominican tobaccos from GTO Dominican Cigars’ tobacco farm. The cigars will have a first look at the Boutique Cigar Festival in Cedar Creek Martinsville, Indiana with the Boutique Cigar Association of America (BCAA). In addition, GTO Dominican Cigars is slowly starting to distribute them this weekend at Cigars & More in Birmingham, AL and Saturday in Atlanta, GA.  Rodriguez anticipates pricing for the Figurado to be in the $14.00-$16.00 range while the Corona Gorda will be in the $10.00-$12.00 range This is a limited production release with a total of 2,000 boxes per blend/size. 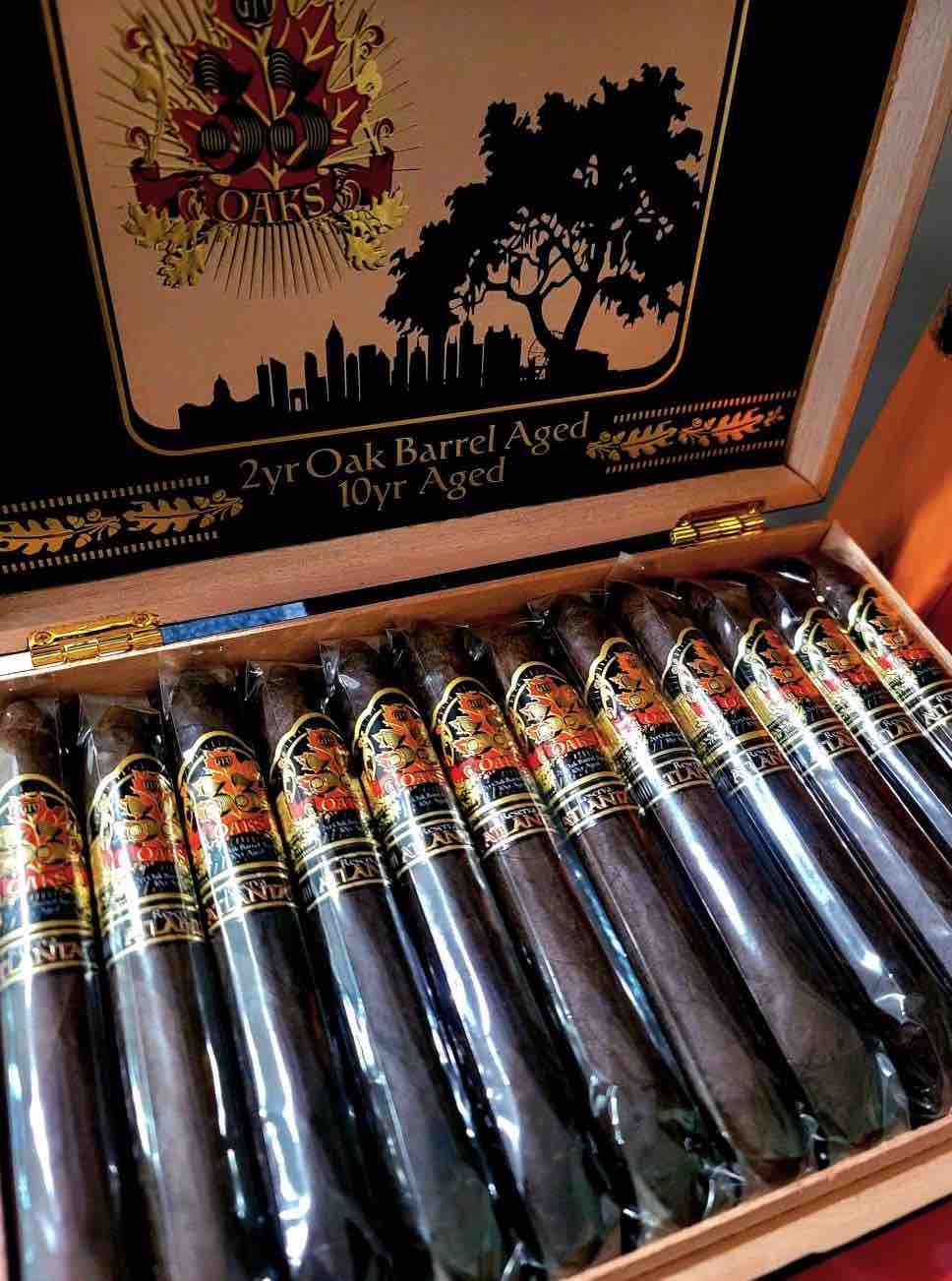 In addition, Dr. Rodriguez is releasing an 8 x 60 Maduro known PaTaTu Maduro  PATATU means stroke or pass out in Spanish. Dr. Rodriguez says this is what happened to his cousins who smoked them without asking how strong they were, hence the name. It’s described as a full-strength cigar. It features a Maduro wrapper over Dominican binder and filler from the GTO tobacco farms. It contains 10 year aged ligero. These cigars are packaged in 20-count boxes. Dr. Rodriguez expects the pricing to be in the $10.50 to $12.00 range. 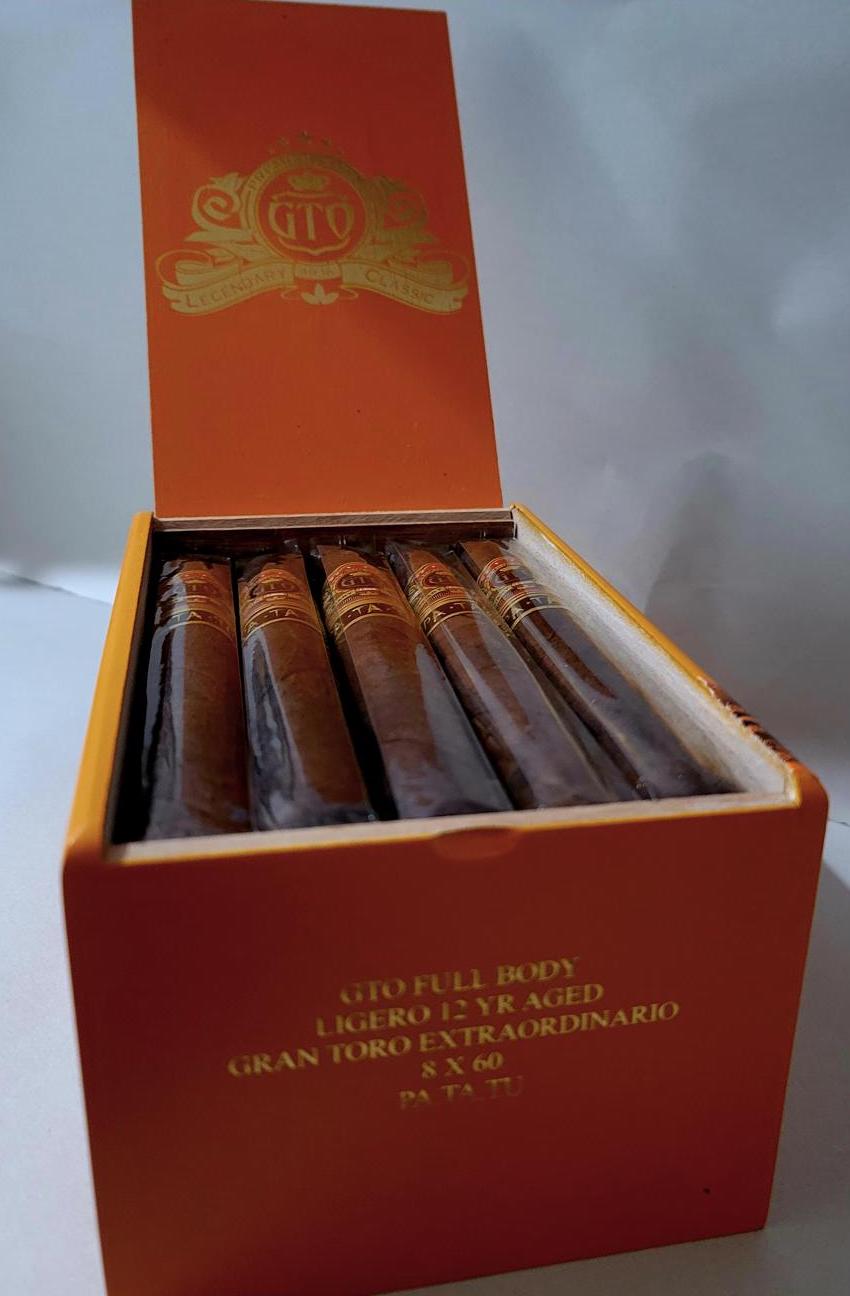