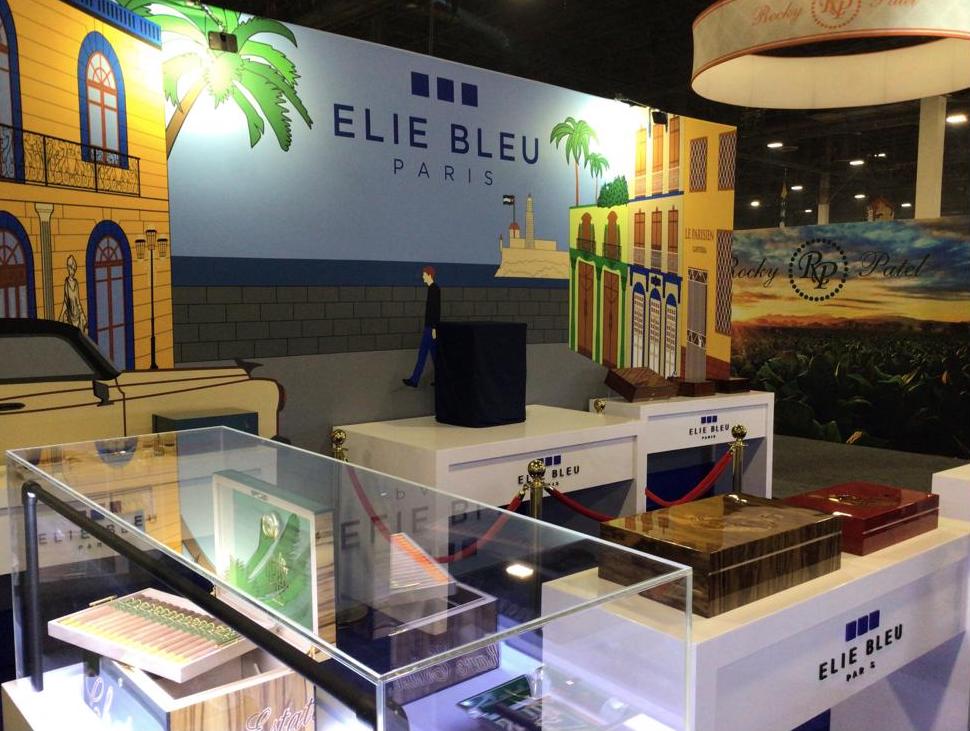 This was Cigar Coop’s first year covering the Elie Bleu booth. With the new Elie Bleu 360 scissor cutter, we saw the brand’s innovation. With the new Haute Couture Limited Edition Casa Cubana J-14 lighter and new Alba offerings, we saw the brand’s artisan capabilities in action. Finally, with the masterpiece with Fuente Fuente OpusX Humidor Cabinet, we saw ultra-premium taken to another level.

For the past couple of years, Elie Bleu has been partnering with Arturo Fuente for the OpusX 25 collection. This year was quite the masterpiece unit being introduced – the $79,000 Fuente Fuente OpusX Humidor Cabinet. This unit had a formal unveiling on day one of the Trade Show with Arturo Fuente International President Ciro Cascella in attendance. 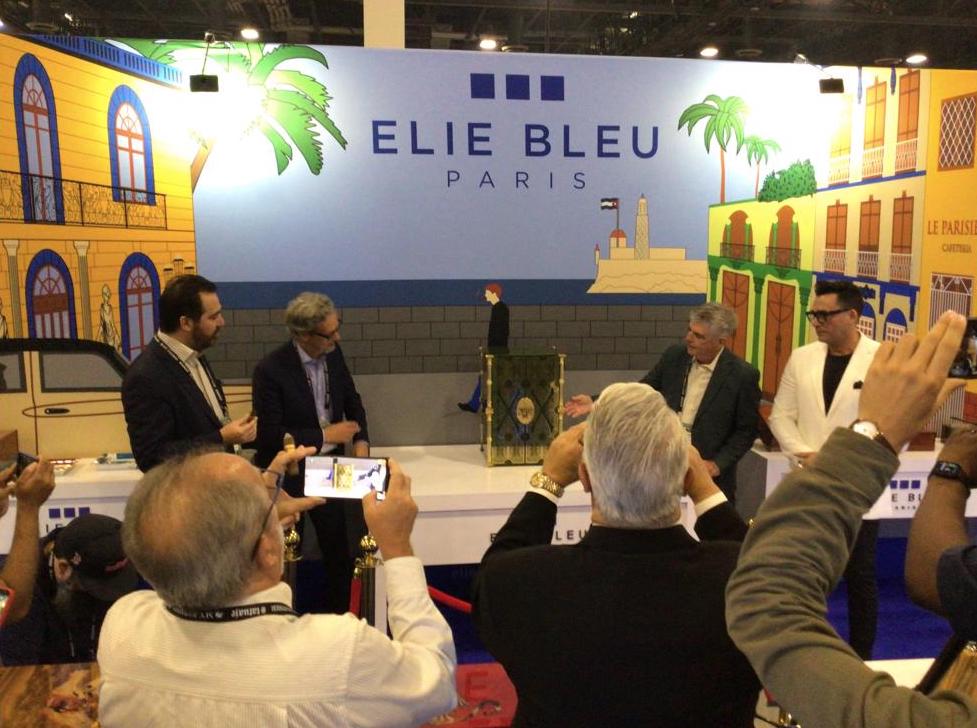 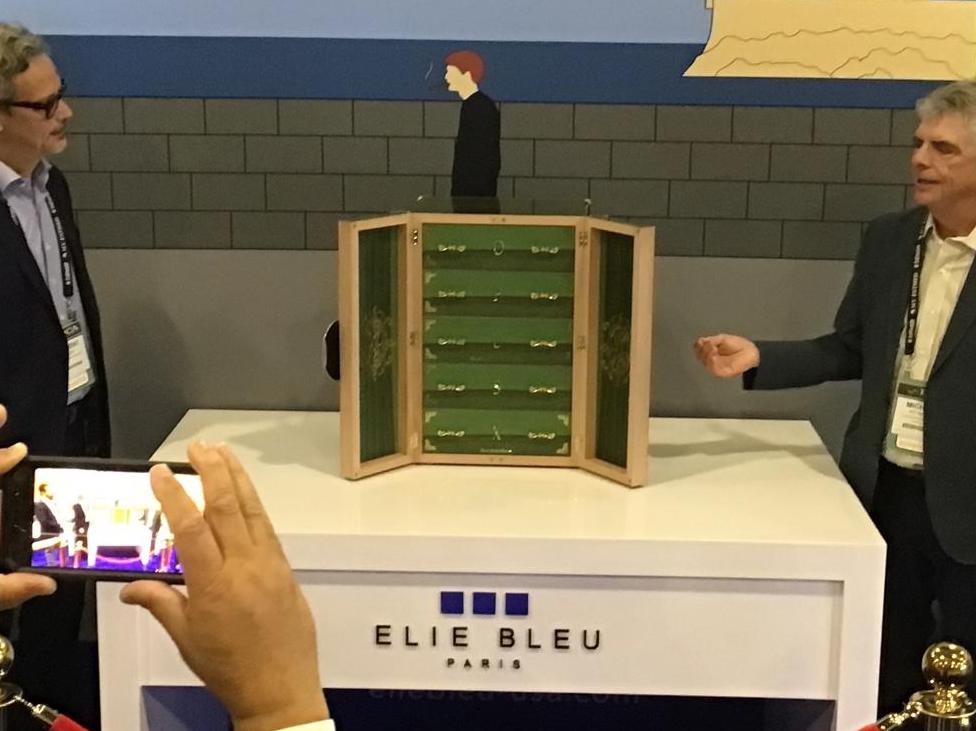 In terms of accessories, one of the more impressive offerings that was showcased at the Trade Show was the Elie Bleu 360 Scissor cutter. The 360 Scissor is a stainless steel cutter that can cut the cap of a cigar up to a 68 ring gauge. Elie Bleu is making the cutter available in four finishes. Pricing is set at $290.00.

Elie Bleu will introduce a new limited offering in its Casa Cubana collection, the Haute Couture Limited Edition Casa Cubana J-14. The Casa Cubana collection contains artwork that pays homage to pre-Castro Cuba. The J-14 is a lighter that Elie Bleu says has one of the most durable surface coatings in the world. A total of 159 pieces of the Couture Limited Edition Casa Cubana J-14 Jet Lighter have been produced. Pricing is set at $550.00 per unit. The front and back contain different artwork. 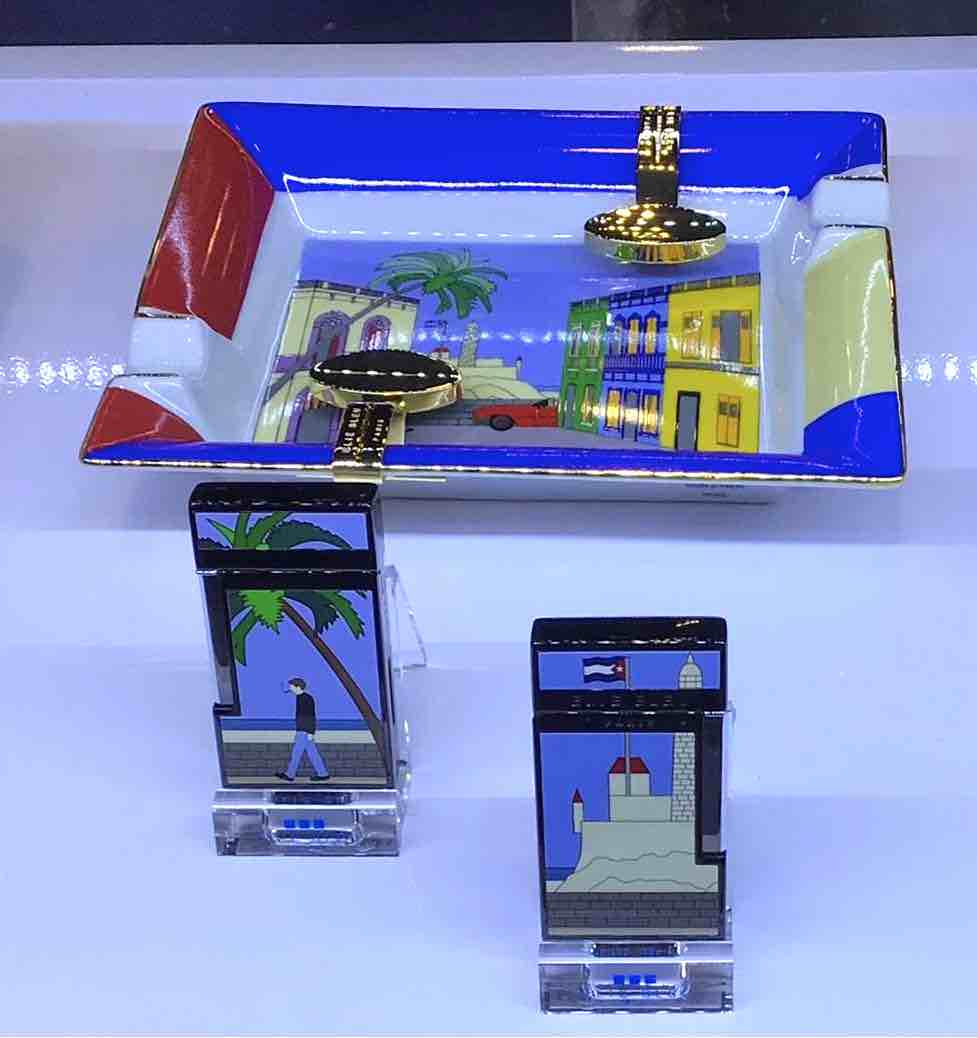 Finally, Elie Bleu will introduce three design editions to its J-15 cigar lighter and EBC-4 cigar cutter collection based on the company’s Flor de Alba design. The Flor de Alba design features classic Cuban-style artwork. The design has been a part of several Elie Bleu humidor offerings for over two decades. The Elie Bleu Alba design will be available on J-15 cigar lighters and EBC-4 cutters in three lacquer finishes: black, blue, and red. The new designs for the J-15 and EBC-4 will coordinate with Alba humidors and Alba ashtrays. Each of the EBC-4 cutters has a suggested retail price of $230.00 while the J-15 lighters have a suggested retail price of $240.00. 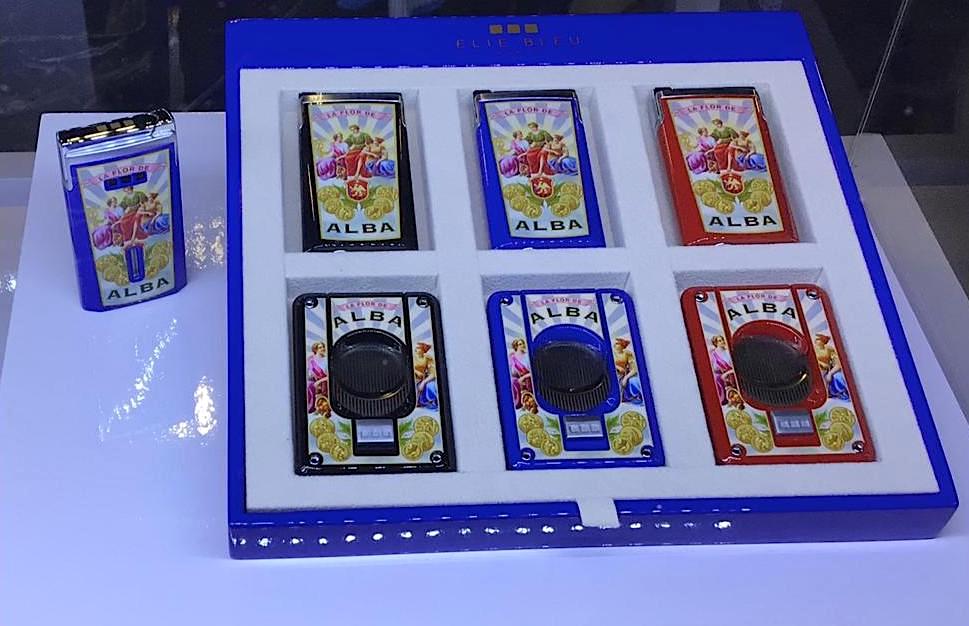