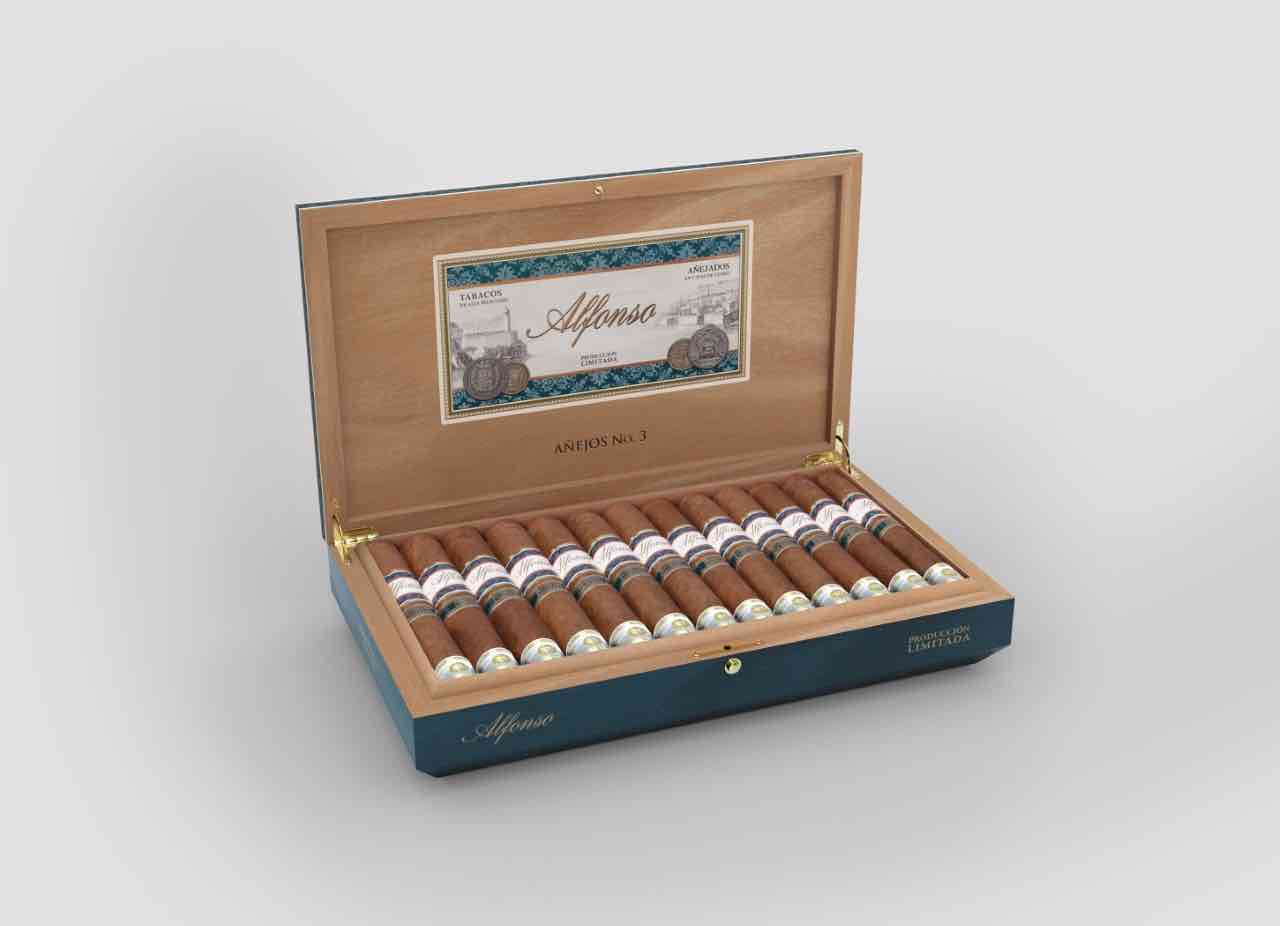 Selected Tobacco has started shipping the Alfonso Añejos. This is the first release under the new Alfonso brand in the Selected Tobacco portfolio. This cigar was showcased at the 2022 Premium Cigar Association (PCA) Trade Show. Selected Tobacco is distributed in the U.S. by United Tobacco

Selected Tobacco is the brainchild of owner Nelson Alfonso. According to the company, all of the brands in the portfolio are aged with a purpose. The cigars under Selected Tobacco are placed into cedar-lined rooms after they are rolled, then humidity is raised and lowered to allow the cigars to clean themselves with the cedar notes anywhere from two to five years.

“Cedar is to cigars as oak is to wine,” said Nelson Alfonso. “The years we take to age the cigars in this process have a purpose and we hope this is appreciated in the smoke.”

The Alfonso Añejo and the soon-to-be-released Byron 1950 lines were aged in separate rooms. This was an experiment Nelson was testing after learning the complexity French Oak could offer. Some of the most famous wines in the world use French Oak barrels and this became an obsession to incorporate a new wood into the aging rooms for Nelson.

The 2022 release of the Alfonso Añejos is in boxes of 25 cigars and each vitola will come in a dress box and a secondary box for the inaugural release. Future packaging for the line has not been finalized.

In a press release, Oliver Nivaud, Director of Operations for United Cigars said, “The depth of flavor on the Alfonso is incredible. A symphony of notes that left me feeling like Andy Dufresne in Shawshank Redemption listening to Mozart’s Le Nozze Di Figaro.

There is also a new website dedicated to the Alfonso brand, www.alfonsocigars.com

At a glance, here is a look at the Alfonso Añejo: