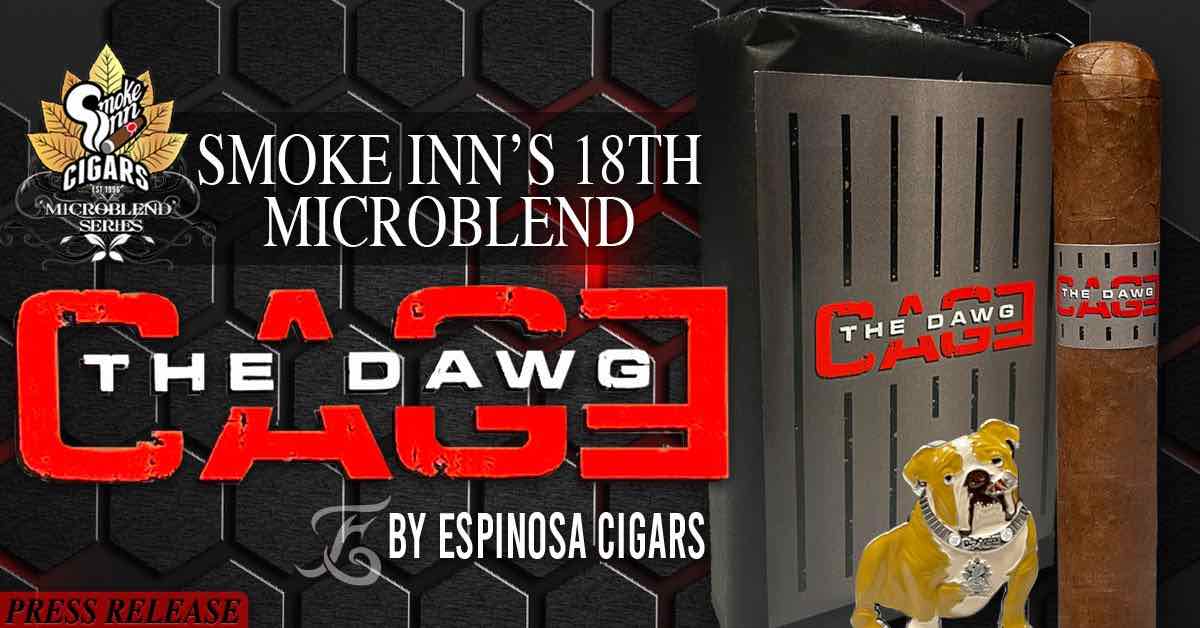 The name comes from Espinosa Cigars’ owner Erik Espinosa’s moniker “The Alpha Dawg.” For a while the company had a regular production line called Alpha Dawg. The Cage the Dawg is described as a “new chapter to the Alpha Dawg.” Leveraging a combination of tobacco sorting and leaf positioning within the cigar, Cage the Dawg was blended to offer two unique smoking profiles in one cigar. Cage the Dawg highlights the cigar’s filler tobaccos on the initial draw and across the palate, while the wrapper takes center stage through the retrohale.

“It’s almost like two distinct smoking experiences: first the sweetness of filler, followed by the woody and peppery taste of the Ecuadorian Habano wrapper. Two unmistakable, delicious flavors in one cigar,” commented Erik Espinosa in a press release.

Cage the Dawg features an Ecuadorian Habano Rosado wrapper over all-Nicaraguan binder and fillers from the Jalapa and Condega regions of Nicaragua. The cigars were rolled in a singular 6″ x 52 toro format and packaged in 1ten-count paper bundles. Production was limited to 3,000 cigars total (300 bundles). The cigars are priced at $9.50/cigar MSRP, and will debut through smokeinn.com on Wednesday, Oct. 5th at 12pm Eastern.