Agile Cigar Reviews are cigar assessments where we use a lightweight, shorter format. These will never take the place of our comprehensive reviews. They are only used on blends we have previously assessed. This might be a blend we are re-scoring or giving a score for the first time. It might be a blend we are looking at in a different size. Today we look at the Padrón Family Reserve No. 95. This is a cigar line that has been previously assessed back in November 2014 with the Padron Family Reserve No. 50 Natural. 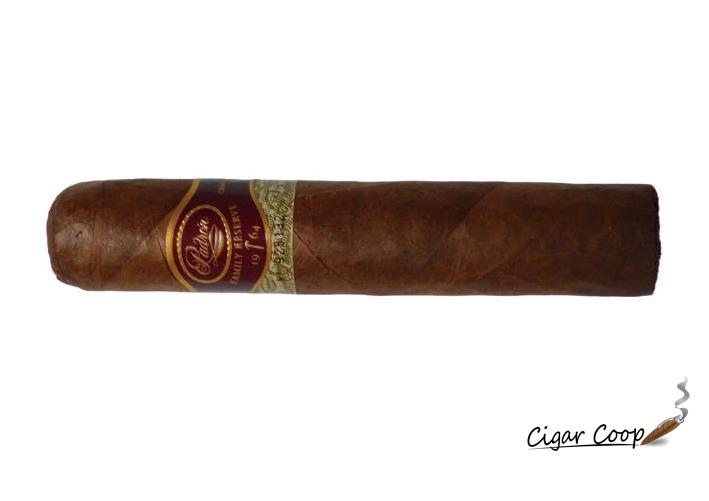 Here is a look at the Padron Family Reserve Series. All blends are available in Natural and Maduro:

The Padrón Family Reserve No. 95 Natural opened with notes of natural tobacco, dusty earth, cedar, and red pepper notes. There was also some mixed pepper that was present on the retro-hale. Early on the natural tobacco and earth notes had the edge. As the cigar experience progressed, the cedar notes increased in intensity and took over as the primary note in the second half. There also was an increase in pepper notes in the last third.

The Padrón Family Reserve No. 95 Natural started out as a medium-strength, medium-bodied smoking experience. Both attributes did have a nominal increase in intensity along the way, but in the end, the cigar still remained in the medium range of the strength and body spectrums. The burn did require multiple touch-ups to maintain a straight burn line and straight burn path. The draw was open, but this did not result in any adverse effects during the smoking experience.

While notes of natural tobacco, cedar, earth, and pepper are not very exciting; the Padrón Family Reserve No. 95 Natural still started out with some excellent flavor. Then the cigar began to get more cedar-centric with its flavor profile, and this threw off the balance of the flavor profile, making it less enjoyable and more of an ordinary cigar. In the end, my expectations have been higher with the Family Reserve series and I am more inclined to smoke one of the other sizes in the Family Reserve series. At $29.50, this is also not an inexpensive cigar, so I would recommend trying a sample first.