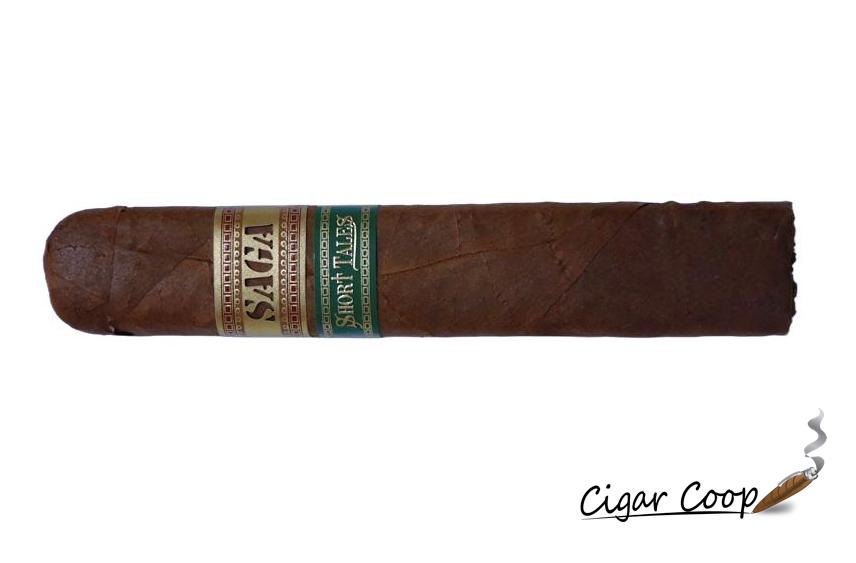 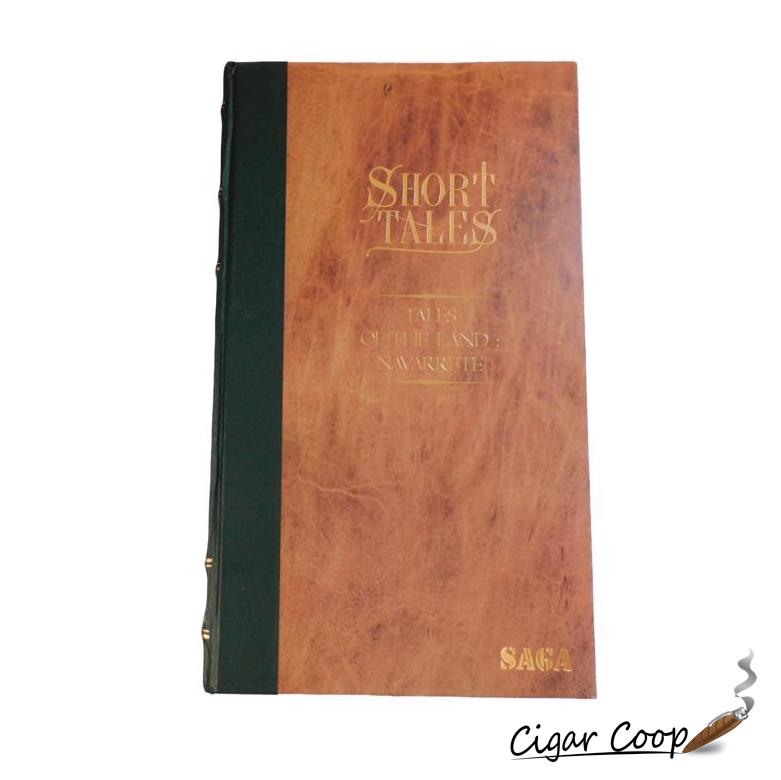 Each installment of the Saga Short Tales has been dubbed a Tomo – meaning a chapter. In terms of the packaging, each installment has also been packaged inside a book – complete with a “short tale” discussing the theme of the blend. 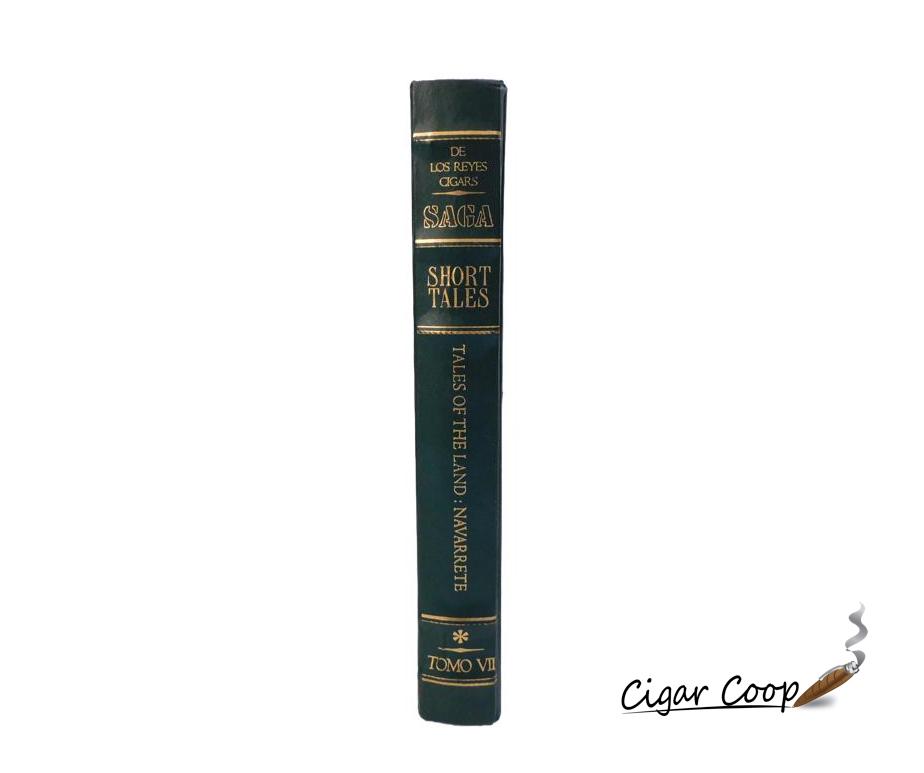 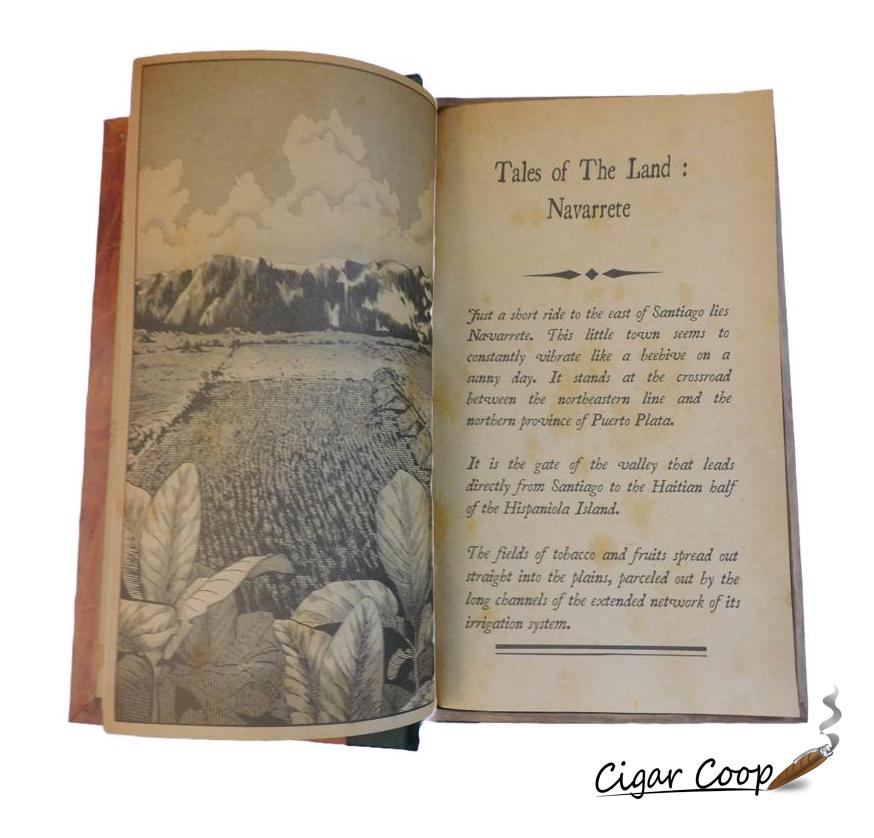 The blend features a Nicaraguan Habano wrapper over a Dominican San Vincente binder and all Dominican fillers. Included in the fillers is Piloto Cubano, which is significant because it is the type of tobacco the Reyes family first harvested from Navarrete. The fillers also utilize HVA and Criollo ’98. 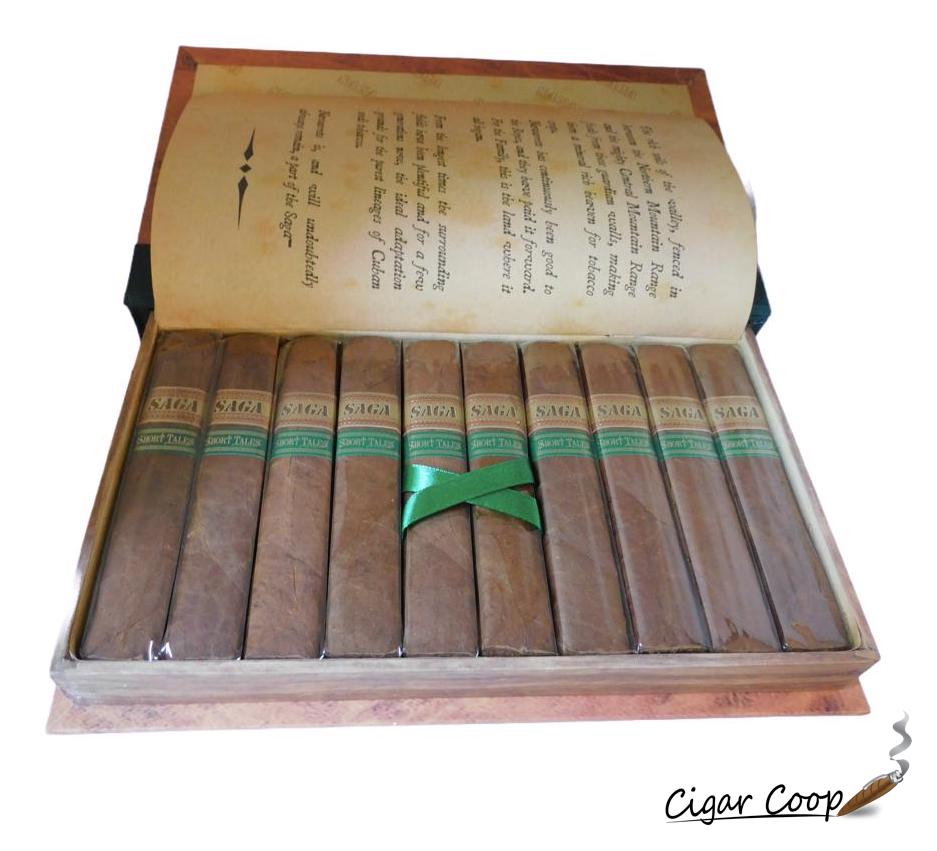 The Nicaraguan Habano wrapper of the Saga Short Tales Tomo VII had a medium brown color to it with a touch of rosado tint. There wasn’t much oil on the surface of the wrapper. Any veins that were visible were on the thin side. As for wrapper seams, they were minimally visible in each of the samples. The box-press had a sharp press to it. 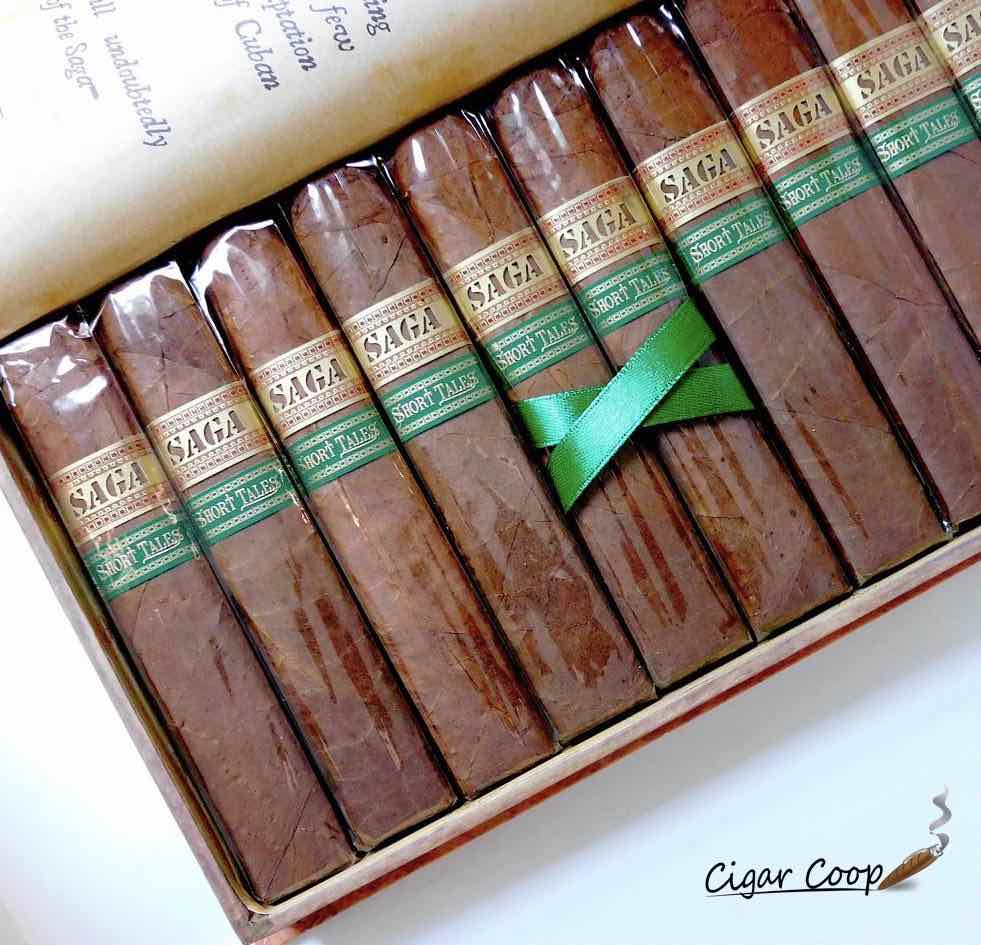 There are two bands on the Saga Short Tales Tomo VII. The primary band is gold in color. Prominently displayed in the middle of the band is the text “SAGA” cut out as a stencil to expose the underlying tobacco. Above and below the text is a row of a gold rivet-like design. There is also a row of red rivets toward the top and bottom of the band.

A straight cut was used to remove the cap of the Saga Short Tales Tomo VII. Once the cap was removed, it was on the pre-light draw experience. The cold draw delivered a mix of dusty earth and natural sweet tobacco notes. This was a simple, but satisfactory pre-light draw. At this point, it was time to light up the Sage Short Tales Tomo VII and see what the cigar experience would have in store.

The Saga Short Tales Tomo VII opened up with more notes of dusty earth, natural tobacco, mixed pepper, and fruit sweetness. Early on the earth and fruit notes became primary. The natural tobacco and pepper notes settled in the background. Notes of caramel and cedar also emerged in the background. On the retro-hale was an additional layer of mixed pepper.

During the second third of Tomo VII, the fruit sweetness started to decrease. At the same time, the cedar, natural tobacco, and pepper notes started to increase. These three notes approached the forefront and there were times during the second third when each of them joined the earth notes in the forefront. By the midway point, the caramel notes had dissipated and the fruit notes became more of a citrus note.

The final third didn’t really see any dominant note. The earth, natural tobacco, cedar, and pepper notes were all on even ground. The citrus notes were still present as well. This is the way the Saga Short Tales Tomo VII came to a close. The resulting nub was cool in temperature and soft to the touch.

When it came to the burn of the Saga Short Tales Tomo VII, there was some meandering off the burn path and a wavy burn line. This required more frequent touch-ups than I preferred. The resulting ash was on the firm side with multiple shades of gray to the ash color. The burn rate and burn temperature were both ideal. 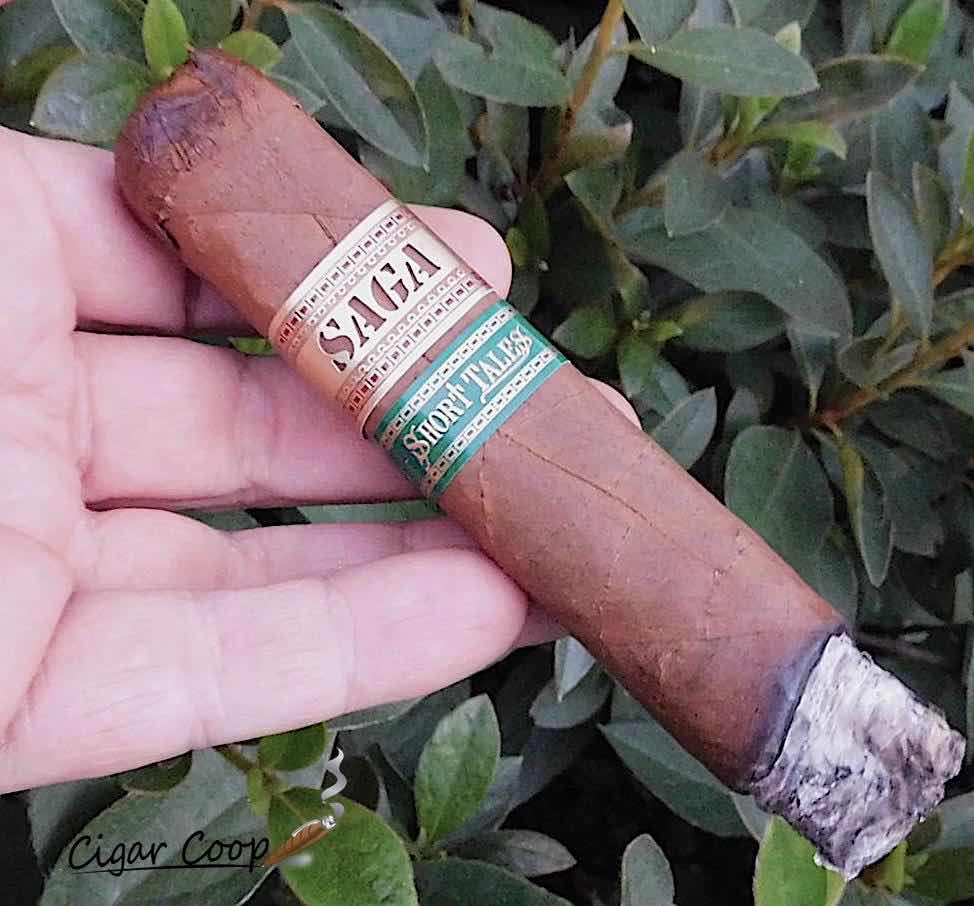 Overall the Saga Short Tales Tomo VII had a draw that was on the open side. Normally I like a little more resistance on a draw. This was a draw that also produced abundant layers of smoke.

There are two things I’ve come to expect with the Saga Short Tales series. First, each of the cigars is going to be very different than the other cigars in the series. Second, the Saga Short Tales do not deliver a cookie-cutter profile. The cigars in this series all deliver quite a unique profile. The Saga VII is no exception to this. In today’s market, this is a nicely priced cigar that is under $9.50. This is going to be a cigar that’s on the bolder side. As a result, this is a cigar I would recommend to a more seasoned cigar enthusiast. As for myself, this is a cigar I would buy and smoke again.