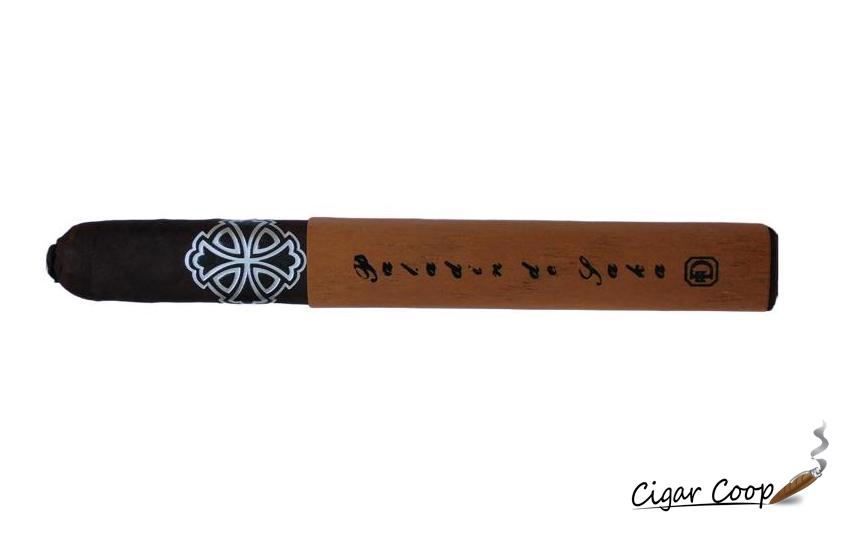 For reference, the following are some of the current offshoot releases based on existing Dunbarton Tobacco & Trust blends. A common denominator is that each of these offshoot blends released prior to 2022 would eventually land on a Cigar Coop Countdown.

In terms of what the name means, Sin Compromiso is taken from the popular regular production Dunbarton Tobacco & Trust line which means “Without Compromise.” A “paladin’ refers to a champion. It was a name traced back to the days of Charlemagne and refers to the members of his court. In the case of Paladin de Saka, this is a blend that Steve Saka has been quite proud of, so the “champion” aspect of the blend makes sense for why Saka named the blend as such.

At $28.75, this is currently the second-most expensive offering in the Dunbarton Tobacco & Trust portfolio. This trails the $100.00 MSRP on the Muestra de Saka Unicorn.

Without further ado, let’s break down the Sin Compromiso Paladin de Saka by Dunbarton Tobacco & Trust and see what this cigar brings to the table

The tobaccos used for the wrapper, binder, and filler on the original Sin Compromiso are all used in the Paladin de Saka. One notable difference is the incorporation of Pennsylvania Seedleaf into the filler.

The Sin Compromiso Paladin de Saka comes in one size, a 7 x 52 box-pressed vitola. The cigars are presented in 13-count boxes. 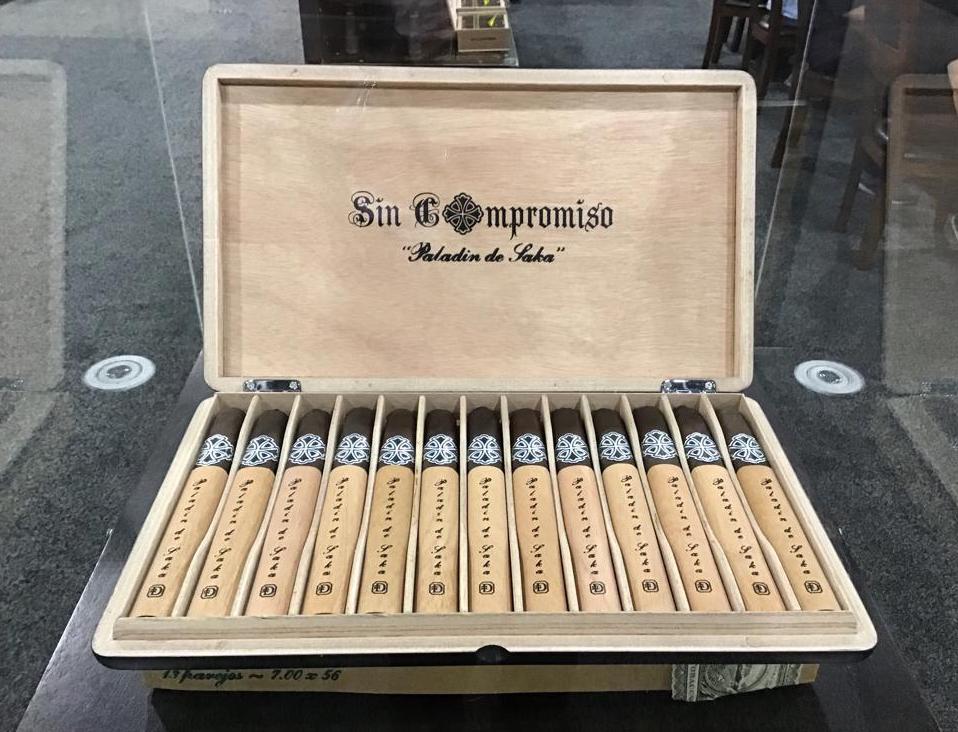 One note of the Sin Compromiso Paladin de Saka, it features a much firmer style box-pressed as opposed to the soft-press style of the original Sin Compromiso. According to Saka, the firmer box press was created as a result of the incorporation of the Pennsylvania Seedleaf into the Paladin de Saka blend. Saka stated the Pennsylvania Seedleaf can be on the bitter side, so the firmer box press was a way to offset the bitterness.

The San Andres wrapper of the Sin Compromiso Paladin de Saka had a roasted coffee bean look to it. This was a wrapper that had a silky complexion to it.  There were not many visible veins, but the wrapper seams could easily be seen. The cigar itself is finished with a swirled pigtail cap. As noted the box press is more on the firm (sharper) side as opposed to the Cuban soft-press style. 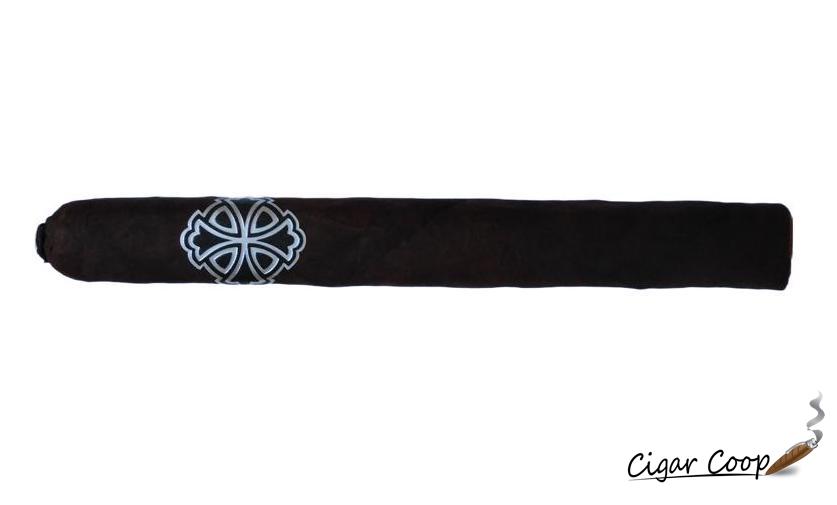 The band of the Sin Compromiso Paladin de Saka is a slightly modified version of the Sin Compromiso band. This is a silver band with a very dark green font that is nearly black in color. Surrounding the cross is a leaf pattern on the sides of the band. The far right of the band contains the Dunbarton Tobacco & Trust band that serves as a band fastener.  There is a cedar sleeve extending from the footer area about 2/3 of the way up the Paladin de Saka cigar. On the cedar sleeve is the text “Paladin de Saka” stamped on it featuring a black-colored classic style font. There is also a black “DTT” insignia logo stamped on the sleeve.

Back when the original Sin Compromiso line was released, Saka explained the band design on social media:

A few people have been asking me about the cross on the Sin Compromiso band. Many people assume it is a Celtic Cross because of the color I chose, but it is not. It is actually a custom variation of the Patonce Cross and is one of the oldest heraldic cross variants. Sometimes called a “cross griffee-de-loup” (wolf-clawed) in medieval blazons.

The Patonce Cross is any form of cross which has expanded ends, like the Pattee Cross, but with each arm terminating in floriated points like the Fleury Cross and Fleur-de-lis Cross. It originates from the County of Aumale which was a medieval fief in Normandy. It’s earliest documented use was found in the coat of arms of the Counts of Aumale c.1244. In heraldry, the three petals at the end of arm represent faith, wisdom and chivalry. The four arms spread these to the four corners of the world.

It is because of this heraldic meaning I chose to use it to represent Sin Compromiso. It is an expression of my faith, the liga is the product of my decades of blending and cigar wisdom and the chivalry is a representation of my commitment to always do my utmost to never compromise on the quality of the liga to all.

Yes, I really do put this much thought into my creations. I know I am crazy… my wife tells me so all the time

Before cutting the cap of the Sin Compromiso Paladin de Saka, the cedar sleeve of the cigar was removed. As opposed to pulling the pig-tail off the cigar, a straight cut was used to detach the cap and the pig-tail simultaneously. Once the cap was removed, it was on to the pre-light draw. The cold draw delivered a mix of coffee bean, cedar, and a touch of a floral note. Overall this was a satisfactory pre-light draw experience.

The Sin Compromiso Paladin de Saka opened up with notes of coffee, natural tobacco, earth, cedar, and dark chocolate. The coffee notes moved into the forefront early on with the natural tobacco, earth, cedar, and pepper notes settling into the background. On the retro-hale, there was an additional layer of coffee notes. Later in the first third, some pepper notes surfaced on the tongue and retro-hale.

During the second third of the Sin Compromiso Paladin de Saka, the coffee notes remained primary. During this section of the smoking experience, there was a slight increase in the pepper notes. The pepper notes still remained in the background during this third. Concurrently, the natural tobacco and dark chocolate notes slightly decreased in intensity.

The final third saw the cedar notes increase in intensity. While the coffee notes remained primary, the cedar notes became the most prominent of the secondary notes. There still are notes of pepper, cedar, and earth as well as, to a lesser extent the dark chocolate and natural tobacco. This is the way the Sin Compromiso Paladin de Saka came to a closer. The resulting nub was cool in temperature and soft to the touch.

There was some occasional jaggedness on the Paladin de Saka Sin Compromiso. While the Paladin de Saka maintained a straight burn path, it did require frequent touch-ups to keep it on track. While the touch-ups did the trick, there were more touch-ups than I preferred. There were multiple shades of gray on the ash. The ash was slightly on the looser side. Meanwhile, the burn temperature and burn rate had ideal levels. 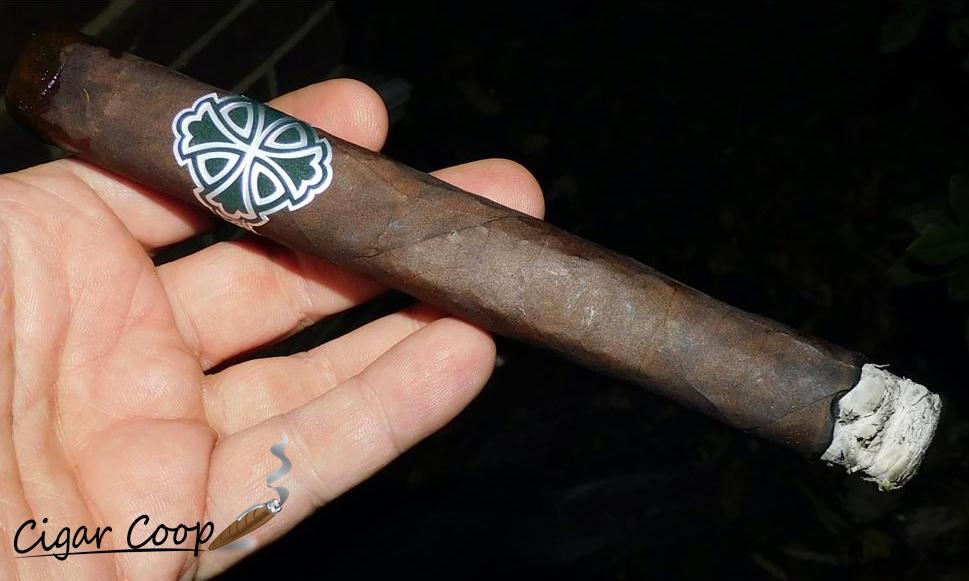 The draw to the Sin Compromiso Paladin de Saka was on the open side. Normally I like a little more resistance on the draw. The open draw didn’t result in any adverse effect.

The Sin Compromiso Paladin de Saka delivered a medium strength, medium-bodied profile from start to finish. There wasn’t much variance in the strength and body levels throughout the smoking experience. The strength and body balanced each other nicely with neither attribute overshadowing the other.

While I wasn’t overly doing handstands with the original Sin Compromiso, the Sin Compromiso Paladin de Saka was another story. While I can nitpick things such as burn, draw, and finish, the key thing is that Paladin de Saka excels in the most important category – flavor. These cigars really responded quite well to aging. While I understand these cigars were aged at the factory, the extra aging seemed to make this cigar really enjoyable. At $28.75, this cigar will not be a cheap investment. At the same time, I have no problem recommending this cigar to any cigar enthusiast. As for myself, this is a cigar I would smoke again – and certainly, one that garners box-worthy consideration. Coming in at 92 points, this is a cigar that easily exceeds the threshold for Cigar Coop Standard of Excellence.