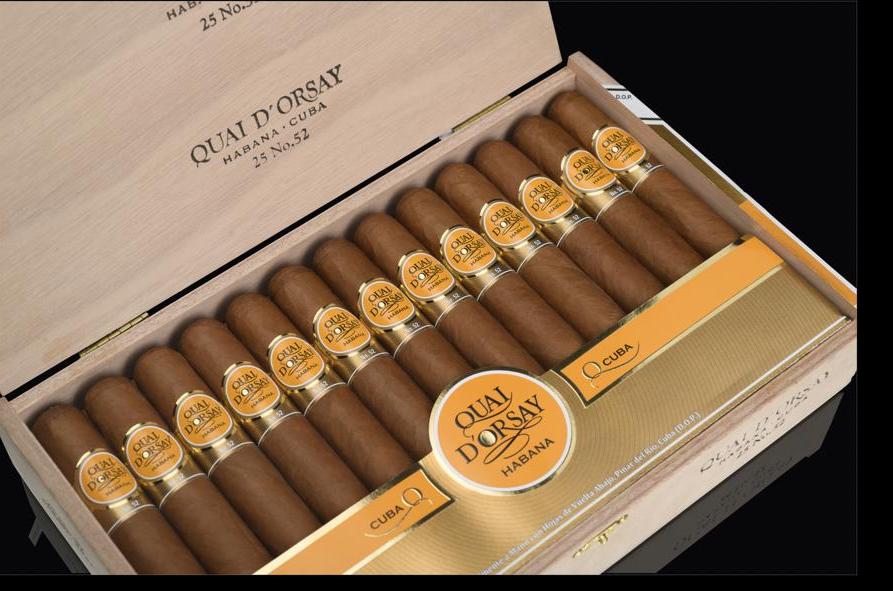 Habanos S.A. Quai D’Orsay No. 52, a cigar first announced at the 2021 Habanos World Days virtual event, had its debut last month in Madrid, Spain. The launch took place at an event at the Hôtel de La Marine, located in the central Place de la Concorde in Paris, France. The event was done in conjunction with Coprova, S.A.S., the exclusive distributor for Habanos S.A. in France.

In attendance at the launch event was Cuba’s Ambassador to France, H.E. Mr. Otto Vaillant Frias. Also in attendance was Habanos S.A. co-President Luis Sánchez-Harguindey Pardo de Ver who commented on the importance of a market like France not only in terms of sales, but also because of the knowledge and expertise that exists in France about this magnificent product, and because of its aficionados with exquisite taste and constant demand. He said, “For all these reasons, and because of its close relationship with the emergence of this brand, France is the perfect place to present the world premiere of the Quai D’Orsay No. 52.”

“We are delighted that Habanos, S.A., has chosen Paris and French aficionados to present this new vitola of the Quai D’Orsay brand,” said Antoine Bathie, Coprova’s co-CEO. Enrique Babot, also Coprova’s co-CEO in a press release. “undoubtedly elegance is what defines Quai D’Orsay and its new No. 52 vitola. It evolves in complexity in a balanced way. An ideal Habano to smoke in company and to end with a refined meal”.