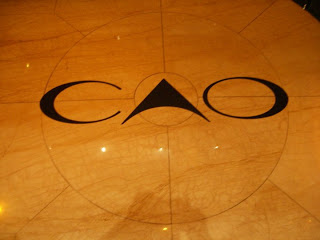 In a recent press release by CAO for an event in Nashville, it mentioned an upcoming new collection of CAO Cigars aptly called “Concert”. In the July 24th edition of Cigar Insider, it provided details of the cigar architecture.

The CAO Concert is the second blend in the Ed McKenna/Rick Rodriguez era at CAO cigars.   According to various posts on social media, the Concert is meant to pay tribute to CAO’s roots in the music city of Nashville, Tennessee.   The plan is for the cigar to be launched at the 2012 IPCPR Trade Show.

Here are the details of the blend and vitolas.

The CAO Concert will be available in four sizes.   All four sizes will be in the same length of 5 1/2 inches.  The vitola names pay tribute to the musical theme of this blend.