Assessment Updates will be posted on this web-site to: 1) Assess “pre-review” cigars that were not given a rating or score (typically pre-release cigars); 2) Provide numeric ratings to cigars previously assessed prior to the implementation of the numeric scoring system; 3) Provide a re-assessment and re-score of previously assessed/score cigars. Today, we provide a numerical score to the Torano Vault.  This was a cigar we assessed back in November, 2011. 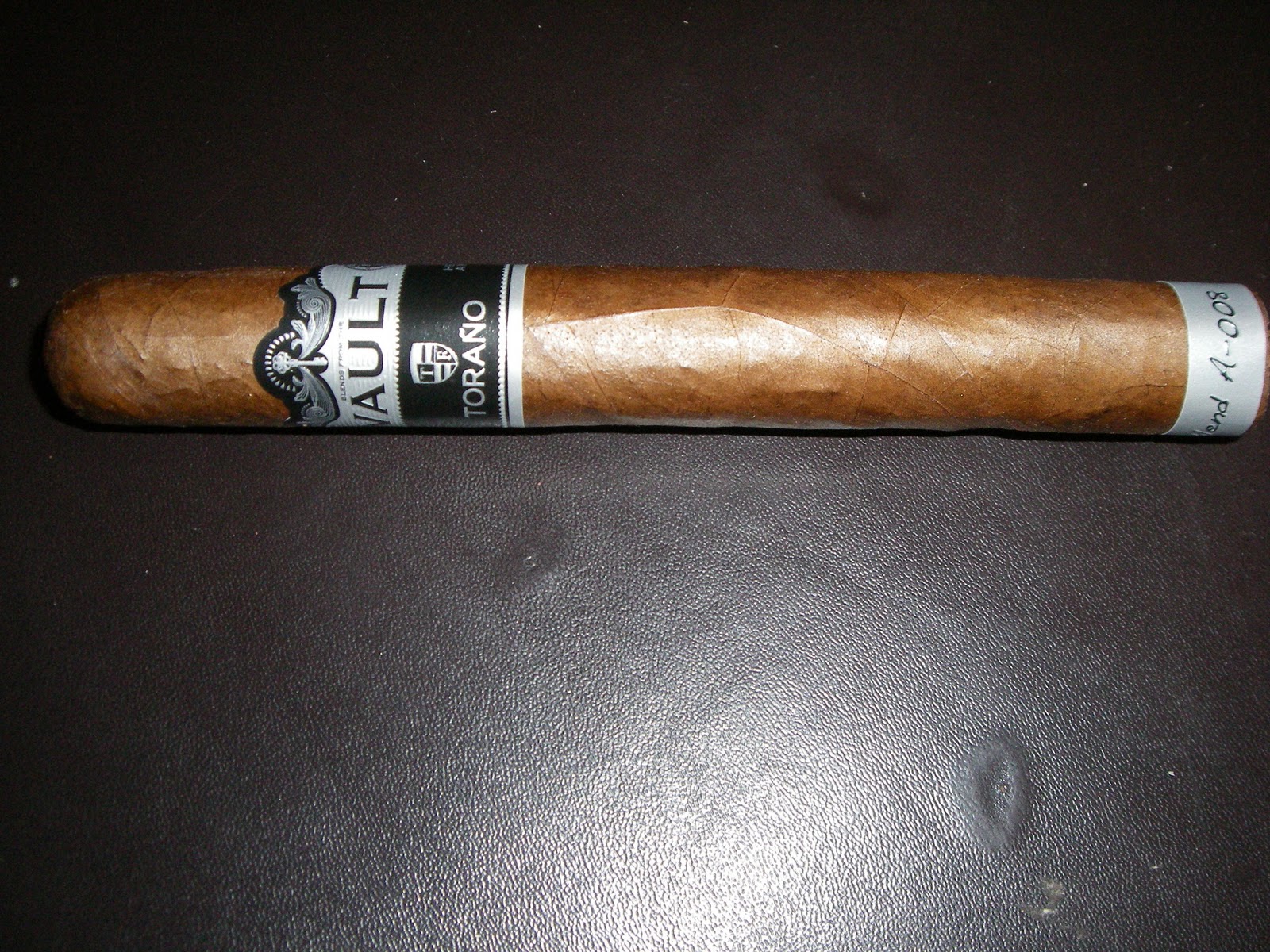 The Torano Vault was one of two new blends launched by Torano Family Cigars at the 2011 IPCPR Trade Show.  The Vault would make its way to retailer shelves later that year.   While the cigar had a release date late in the 2011 Cigar Coop cigar year, it still qualified for our countdown and finished as the #27 Cigar for 2011.   In this assessment update, we revisit the toro-sized vitola of the Torano Vault and see how this cigar scores.

As Torano Family Cigars president Charlie Torano explained to us at the 2011 IPCPR, there is a story behind the name of the Vault.    We recapped the story in the original cigar assessment:

Charlie’s father, Carlos Torano started a cigar blend book that logs all of the blends since 1982 worked on by company.  This book is literally kept under lock and key in a safety deposit box (i.e. “Vault”).  One of the blends in the book was recorded in 2000 and is referred to as “A-008”.  This blend was very intriguing to both Charlie Torano and Bruce Lewis. This original blend consisted of a shade-grown Nicaraguan Colorado wrapper, a single binder from Jamastran (Honduras), and fillers from Esteli and Condega (Nicaragua).   As Charlie Torano explained to me, they loved the complexity of the cigar, but felt it wasn’t at the level of strength they wanted it to be.  Therefore, they set out to tweak the blend.  This was done by adding another binder to the blend from Ometepe, Nicaragua (a volcanic island in Lake Nicaragua).

Back at the 2011 IPCPR, Torano had said the Vault needed aging.  When it launched later that year, the cigar seemed ready to go.  However, in the nearly 14 months since that assessment, we found the flavors to be much more matured with no diminishing flavor intensity.  The flavors of coffee, cedar, pepper, and butter cream were still there. I did notice much more of a citrus component with the smoke this time around.  The strength and body are still medium – and like 14 months ago, the body kicks up to medium to full toward the end.

Click here for our original assessment of the Torano Vault.

Source: The cigars for this assessment update were purchased from Outland Cigars in Charlotte North Carolina.