Prior to the 2013 IPCPR Trade Show, La Sirena Cigars (still a part of Miami Cigar and Company) announced a limited production extension to its Merlion line known as the Sea Lion. The Sea Lion would become the fourth frontmark in the Merlion line. The cigar itself is a medium-length, thin perfecto with an unfinished foot. There was one little twist to how the Sea Lion was released. In each box of ten cigars of the Sea Lion, there was one cigar that was different – a special maduro version of the Sea Lion (as opposed to the Ecuadorian Corojo). As a result, the Sea Lion Maduro is an even more limited cigar. Recently, I had a chance to give the Merlion by La Sirena Sea Lion Maduro a smoke. Overall, it puts an interesting spin on a the Merlion blend.

It was back in 2012 when La Sirena launched their second line, Merlion.  For this line, La Sirena teamed up with the La Aurora factory – whom Miami Cigar and Company has a long connection with.  The name Merlion comes from a mythical creature that is half lion and half mermaid – and paid tribute to the partnership between La Sirena and La Aurora.  The Merlion proved to be an excellent cigar in our book as it score a #21 spot on the 2012 Cigar Coop Cigar of the Year Countdown. 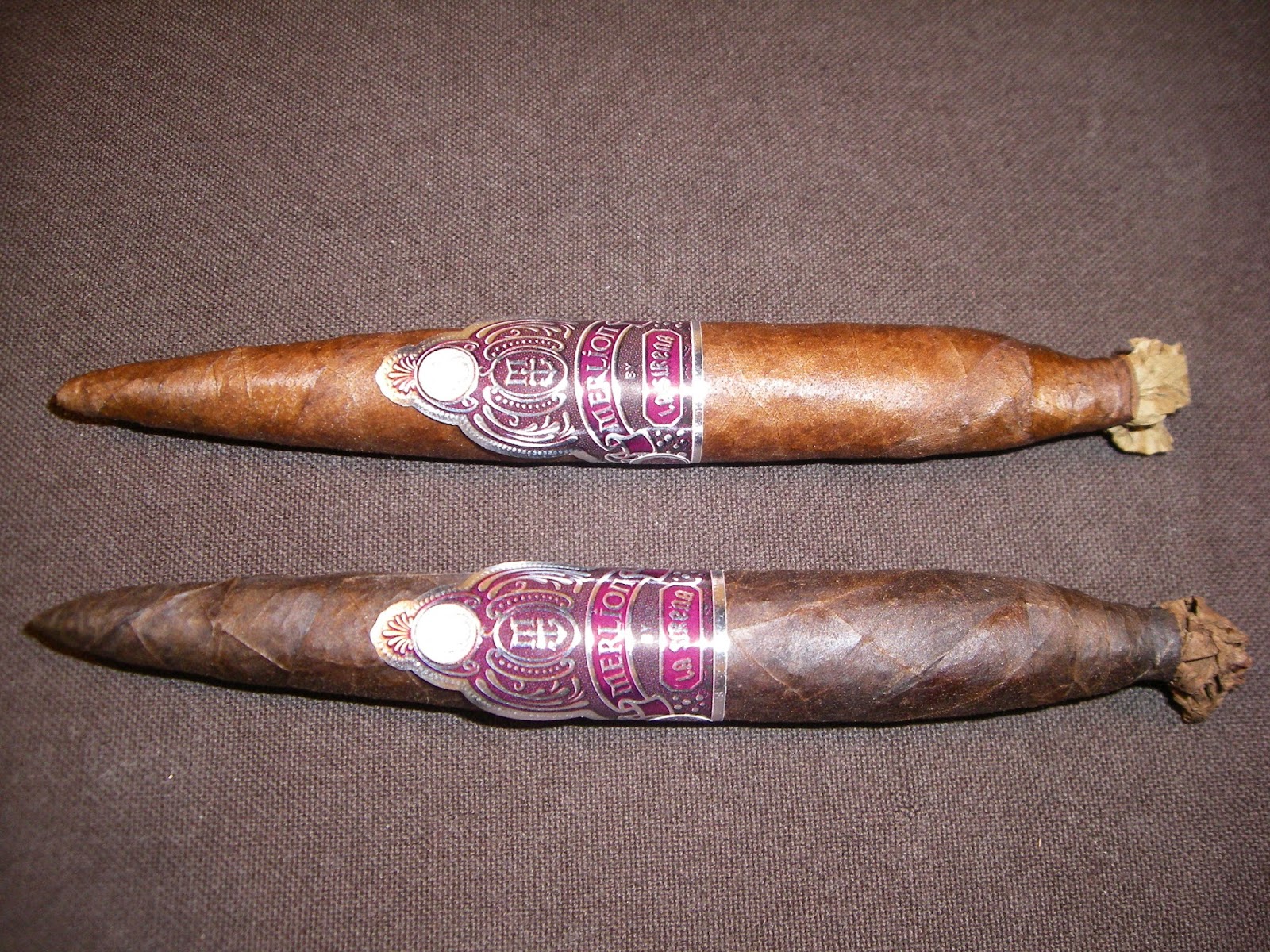 The Sea Lion was a size that started out as a cigar company President Arielle Ditkowich would personally smoke.  Eventually a decision was made to make a limited run.

Without further ado, let’s turn our attention to the Merlion by La Sirena Sea Lion Maduro and see what this cigar brings to the table.  As a disclaimer this cigar experience was based on a single smoking experience of this blend.

The Merlion by La Sirena 6 different types of tobacco.  The following is the blend composition of the Merlion Sea Lion Maduro.  This is the only blend in the La Sirena portfolio to currently (at press time) use San Andres Mexican.Wrapper: San Andres Maduro (Ecuadorian Corojo is the normal wrapper)Binder:  Brazilian SumatraFiller: Brazillian Bahia, Dominican Corojo, Dominican Criollo ’98, and Nicaraguan LigeroVitolas Available


The Sea Lion Maduro is available in only a single vitola – a 5 1/2 x 47 perfecto.  As mentioned the Sea Lion becomes the fourth vitola in the Merlion line.  The Sea Lion is currently the only vitola in the line that has a San Andres.
Appearance

The Sea Lion is a uniquely shaped perfecto.  In addition to its shag styled foot, it has a sharp tapering toward the fit.  The San Andres wrapper has a roasted coffee bean color with some darker marbling that can be seen with closer examination.  There is a light oily sheen on this cigar, but to the touch this cigar has that rugged San Andres wrapper feel to it.  There are also some visible wrapper seams and visible veins.

The banding to the Merlion Sea Lions in both the Ecuadorian Corojo and Maduro blends differs from the rest of the Merlion line.  The Merlions contain a two part band but the Sea Lions will only contain the upper part of the Merlion band.  The band is identical as it has a silver, indigo, and rose color scheme.  The text “MERLION” is on a rose colored ribbon shape.   Below that ribbon is the silver font text “BY” on an indigo background.  Below that text is the text “LA SIRENA” on a rose background.  On the far right is a rose colored Miami Cigar and Company (MCC) logo. Not quite as far right but to the left of the MCC logo is the text “HECHO A MANO EN REPUBLICA DOMINICANA.”
Preparation for the Cigar Experience
As would be expected with a perfecto, I defaulted to a straight cut to remove the tip.  I then proceeded with the pre-light draw.  The Sea Lion Maduro produced mostly an unsweetened espresso taste.   This wasn’t the most exciting pre-light draw, but since the pre-light experience is not scored, there was no loss of points here.  At this point, I was ready to light up my Sea Lion Maduro and see what the overall cigar experience would deliver.

The Sea Lion Maduro started with a shot of white pepper as I burned the shagged foot.  Once the burn moved into the base of the cigar, some coffee flavors emerged.  The white pepper was also quite prominent on the retro-hale.

By about the five percent mark, the coffee notes had transitioned to more of an espresso syrup (basically a coffee note that weighed heavy on the pallet with some level of sweetness).   I also picked up some citrus notes as well.  The white pepper notes moved into the background.

By the midway point, the white pepper began to increase.  The cigar developed some of the sharp, pungent flavors that I often find with San Andres Mexican wrapped cigars.  Toward the last part of the cigar, the Sea Lion Maduro the pungent spice was in control as it reached the tapered part. The resulting nub was cool in temperature, so the cigar wasn’t overheating.  The cigar was soft to the touch.

For a perfecto, this cigar performed extremely well from a construction standpoint – and this was reflected in the burn and draw.  Overall, I was quite pleased that the Sea Lion Maduro did not require a lot in the way of touch-ups.  The resulting ash (except for the shagged part) remained on the firm side – and had a nice salt and pepper color.  The burn rate and burn temperature were ideal.

The Sea Lion Maduro produced quite a bit of smoke.  There are times this can be attributed to a loose draw, but this was not the case as I found this draw to be “middle of the road” (not tight, not loose).  I was also impressed the tip didn’t get overly soft while puffing on this cigar.

From a strength perspective, I did not find the Sea Lion Maduro to be a nicotine bomb.  I found the cigar maintained a medium strength level from start to finish.  As for the flavors, I did find some nice depth to them.  I assessed the Sea Lion Maduro as having just enough weight on the pallet be a full-bodied smoke.  When looking at strength versus body, I gave the edge to the body of the cigar here.  The Sea Lion Maduro was a cigar that probably could have benefited from some additional strength.

La Sirena is a brand that has done very well on this web-site.  In 2011, the original La Sirena was the Cigar Coop #2 Cigar of the Year, and in 2012 the original Merlion was the #21 Cigar of the Yea for 2012.  The Sea Lion Maduro was a cigar I was most interested in trying because it was something new and the company has had a very good track record.  In the end the Sea Lion Maduro is a good cigar, but it’s not a great cigar.  I found this cigar to be a case where I felt the San Andres wrapper overpowered the rest of the blend, and it didn’t bring out the flavors like the Ecuadorian Corojo version of this blend.  This is a cigar I’d still encourage San Andres Maduro fans to try.   As for myself, this cigar is still worthy of a “Try One” in my book.